American Ideology: We Don’t Practice What We Preach 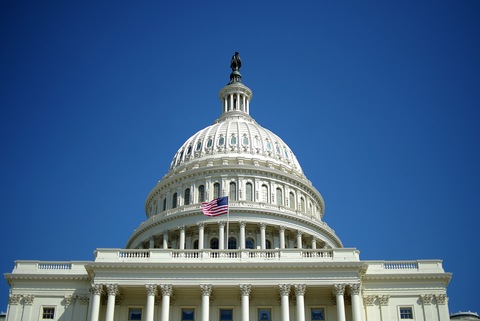 This is the first of two consecutive Making Sen$e posts by esteemed academic colleagues at different places on the political spectrum who don’t have blogs, don’t have newspaper columns, don’t have radio rostrums but do have a lot to say. When the first of them, George Lodge, handed me a mini-essay after a lunch we had, I thought it deserved more words and a wider audience and asked him to expand it for Making Sen$e. I then asked another friend and colleague, Charles Hill, for an equal-and-opposite response so the political spectrum would be at least roughly represented.

George C. Lodge is nearer to what used to be called the left. I taught with him in the 1980’s at the Harvard Business School. Now emeritus, George has been a phenomenon since he first joined the faculty exactly 50 years ago, partly because he didn’t have an advanced degree, but mainly because he took a jaundiced view of unfettered markets and taught a deep appreciation for government. Not the usual business school stance.

George had followed a distinguished career in the Navy and Washington under Presidents Eisenhower and Kennedy by running against the latter’s youngest brother, Teddy, in 1962. George lost — as had his famous father Henry Cabot Lodge Jr., to JFK in 1952. (Grandfather Henry Cabot Lodge Sr. was the legendary isolationist senator who helped block the U.S. from joining the League of Nations.)

But back to the grandson, now 85 and as genially passionate as ever. Also, as worried as ever about American “ideology.” I’ll let him explain.

George Lodge: In this electoral season, the role of government in the United States has become an important issue. Surveys reveal that most Americans don’t like government, especially the federal government. (State and local governments seem more acceptable.) And yet they want the things that government provides, such as defense, law and order, safe food and drugs, clean air, pure water, education, flood relief, health care, etc. Candidates, especially Republican ones, therefore, have a hard time. Romney promises “strong leadership” but leaves us in doubt about where he would take us or how he would get there. He shies away from his Massachusetts health care law mandating insurance for all, even though he seems to feel it was a good idea. He does not want to get caught saying anything positive about government. One is reminded of the Tea Party fellow who said, “Don’t let big government take away my Medicare.”

For many years I taught about the role of government in different countries at Harvard Business School. Many of my students came from outside the United States. They were perplexed by the disdain, indeed disrespect, for government displayed by their American classmates. “It seems odd,” they said, “that you Americans loudly proclaim to the world the virtues of your political process, urging the rest of us to copy you, while at home you deplore the government which that process produces. And it’s not so much the policies that you decry as it is the institution itself.”

It was with Jimmy Carter in the 1970’s that this ambivalence became particularly noticeable. He ran for President, proclaiming himself an “outsider,” unfamiliar with and uncontaminated by the ways of Washington. We loved him for it. After about two years in office, however, he realized that he was indeed the captain of the ship and he had to know how to navigate. Ronald Reagan was more forthright. After trying to shut down the EPA, he said: “Government is not the solution to our problems; it is the problem.” And speaking of the institution he had been elected to lead, he said, “Government is like a stray pup. If you feed it when it comes to the back door, it just comes back for more.” He deregulated far and wide, leading to the collapse of the Savings and Loan industry in the late ’80s and to a subsequent government bailout. This was the first of many financial catastrophes, culminating in the meltdown of 2008, spawned by the anti-government climate.

The irony is that whatever the rhetoric, the size and cost of government has risen to record levels during the past 30 years. Because we have refused to tax ourselves for it, we have been running ever-greater deficits. In the first three years of the George W. Bush administration, government spending increased a record 21 percent. To reduce the deficit — which we must — requires higher taxes and/or making government more efficient and setting strict priorities. That means more and better planning. Imagine, however, the negative poll numbers that would flow from the question: Do you want more government planning? But without it we get vision-less flailing, guided by the heavy hand of special interests. With that comes more anti-government chatter, perplexing the foreigners and confusing the rest of us.

Why is it so difficult for Americans to admit that an active, planning state is essential to get them what they want: competitiveness in the world economy, the education and infrastructure such competition requires, a sustainable environment, and health care for everyone at a price we can afford? The answer is ideology. A definition is essential because the concept “ideology” has been muddied and obscured by a confusion of terms such as left, right, conservative, liberal.

Ideology is the bridge of ideas that a community uses to carry values into the real world. For example, justice is a value that everyone everywhere has always cherished — notions about good and bad and how to get more of one than the other. But when it comes to defining good and bad and designing the process to promote the good in a particular place at a particular time, we are in the highly controversial realm of ideology. Ideology is not dogma, even though many would like to make it so, because as time goes by and the real world changes, practice changes, and the old ideology no longer conforms to the new ways. A new ideology, compatible with practice, gradually emerges, but it is a slow process. Adherents to the old ideology resist.

Some say: forget ideology, be pragmatic. But to be pragmatic, we must recognize the power of ideology in shaping our assumptions and also its importance in legitimizing what we actually do. In response to a variety of crises — wars, depression, environmental sensibility, world competition and more — our great institutions of both government and business have been departing from our preferred ideology, Individualism, and have been acting in a way that reflects one that is quite different. I call it Communitarianism.

Individualism we know and love; it is the theme of the hymns we sing. My late colleague, Samuel Huntington of Harvard, wrote of its tenets: “They are at the very core of our national identity. Americans cannot abandon them without ceasing to be American in the most meaningful sense of the word — without in short becoming un-American.”

Communitarianism, therefore, we leave unsung and unarticulated. There is, thus, a crisis of legitimacy: we do not practice what we preach and we find it hard — indeed distasteful — to preach what we practice. It takes a lot of crisis to move a community away from the ideology it prefers. So if movement is required for progress, the question comes: How do we make use of minimum crisis to achieve maximum change?

America has had, from its inception, these two ideologies. Individualism is rooted in the thought of John Locke, for whom government was a “necessary evil,” the less of it the better. (It should be noted that “government” in his day was Charles II: notoriously profligate, arbitrary, inefficient and ineffective.) Thomas Jefferson enshrined it in the Declaration of Independence. But to meet crises and seize opportunities, we have engaged in practices that reflect Communitarianism, familiar to us in the thought and deeds of Alexander Hamilton, Abraham Lincoln and Franklin Roosevelt.

Our anti-government proclivities are one of the tenets of Individualism along with the idea of property rights as a natural right and the “free market”: the belief that unrestrained competition among individualistic proprietors to satisfy consumer desires in an open marketplace will insure that the good community unfolds. If a firm cannot compete, it should die. But we have come to realize that in the real world the sum of consumer desires does not necessarily meet community needs for such things as clean air and water, that regulation is required to make food safe, and that when a firm is “too big to fail”, it must be propped up. Worst of all for the ideology of individualism, it is government that must do the propping. Along the way, property rights have been limited, and the very idea of a corporation as property is in jeopardy because in the case of large publicly-held corporations, shareholder/owners are hard to identify and they have neither the will nor the means of governing what they theoretically own.

Health care that was once an individualistic matter between doctor and patient is now a right of membership in the American community for which that community is paying unsustainable amounts of money. So quite naturally and inevitably, we are confronting the unpleasant idea of duties of membership. If you smoke, or are too fat, or fail to exercise, you should pay for your disease. And there is obviously a limit to how much we can pay to keep the aged alive. These are the unpalatable realities of Communitarianism which no longer can be brushed aside.

Let me close by noting that no ideology has a monopoly on virtue. Two tenets of Individualism, property rights and the limited state, were employed to justify slavery, and Hitler and Stalin were communitarians. So as we move in a communitarian direction, it is important to realize what we are doing and at the same time to save the best of individualism, which after all has glorious features.

For a take from the other end of the political spectrum, read Charles Hill’s post here.

As usual, look for a second post early this afternoon. But please don’t blame us if events or technology make that impossible. Meanwhile, let it be known that this entry is cross-posted on the Making Sen$e page, where correspondent Paul Solman answers your economic and business questions