Analysis: Why women continue to make less than men 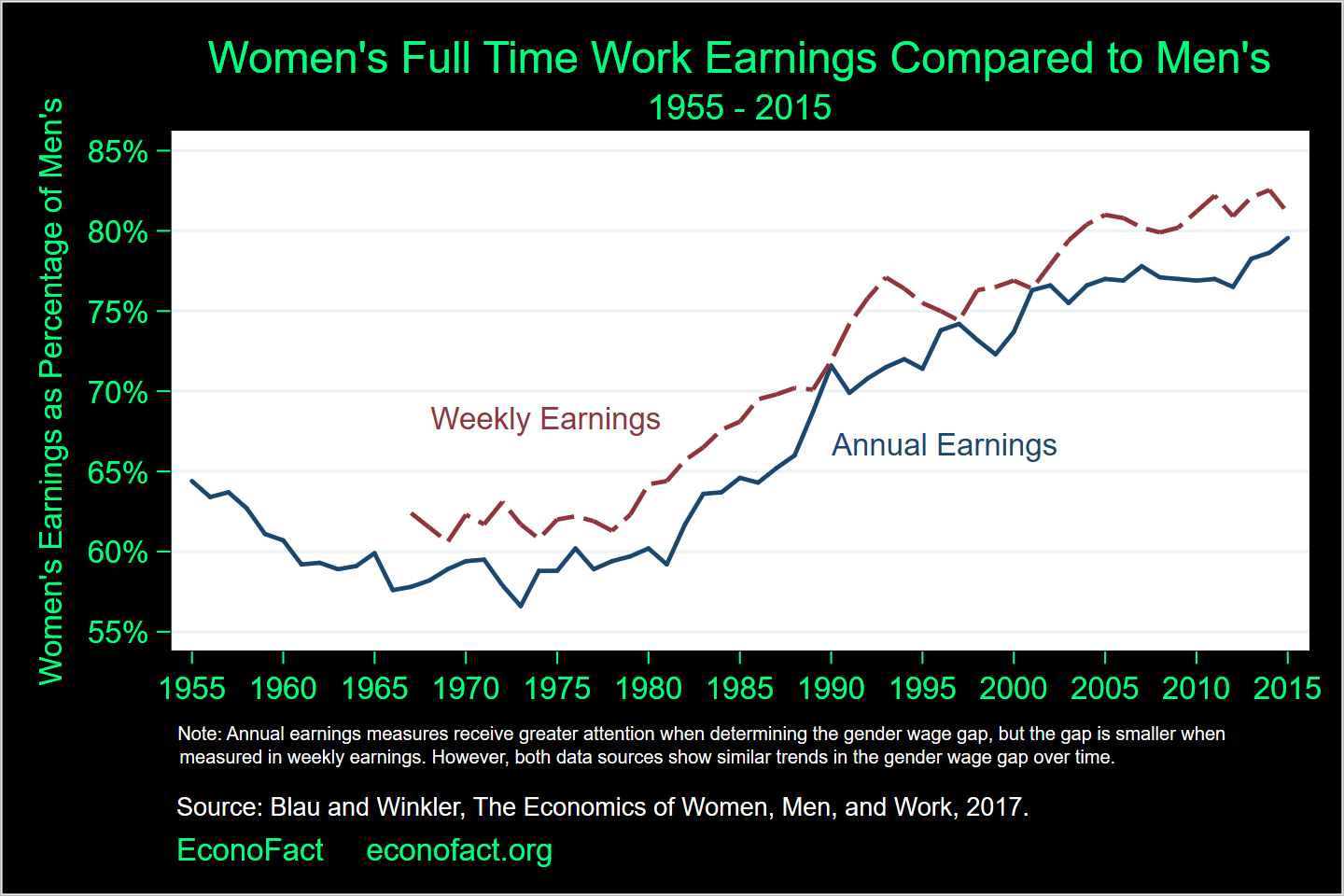 Editor’s note: Francine D. Blau and Lawrence M. Kahn are economics professors at Cornell University. The research in this post is based on “The Gender Wage Gap: Extent, Trends and Explanations,” an article Blau and Kahn co-wrote in the September, 2017 of the Journal of Economic Literature. This analysis is being published here in collaboration with EconoFact, a nonpartisan economic publication.

In 2016 women who worked year-round and full-time earned, on average, around 81 cents for every dollar earned by men. Though still substantial, the difference in women’s average earnings relative to men’s has narrowed considerably since the 1970s. But the largest improvement in women’s wages relative to men’s happened during the 1980s and progress has been slower and more uneven since then. This is especially true for women at the top of the income distribution. Gender wage gaps at the higher levels of the wage scale are larger and declined more slowly over time than at lower and mid-income levels. By 2010, the wage gap between men and women was larger for the highly skilled than for other workers, suggesting that developments in the labor market for executives and highly skilled workers especially favored men.

There has been substantial convergence in the labor market earnings of men and women since the 1980s. Women have made tremendous gains in education and work experience, but reaching pay parity remains elusive. Finding ways to further reduce the gap is likely to hinge on achieving a better understanding of why men and women tend to sort into different occupations and industries. Similarly, recent trends point to the importance of looking into why women’s progress in higher-skilled jobs has been relatively slower. Addressing work-family issues is also important in furthering gender equity in the labor market.