Anger or fear: which is worse?

Before you read the following post on the differing effects of anger and fear, based on an interview with psychologist Jennifer Lerner, you might want to take the exercise she gave to subjects right after 9/11. Here it is for you to fill out (but only if you’re up to it.) Half the subjects saw: 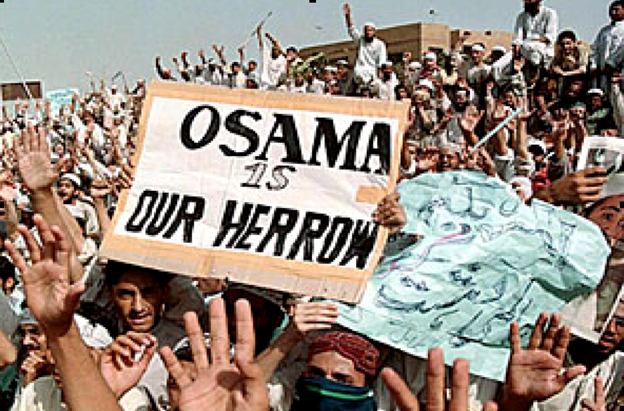 You are about to see a photo and hear about an event related to the terrorist attacks on our country. Please try to experience the event as vividly as possible. You may even want to take a minute to let yourself fully feel any emotions it evokes.

(newscaster voiceover)Thousands of Palestinians paraded through cities in the West Bank and Gaza, celebrating the attacks on the United States. A film that Associated Press did not air, fearing reprisals to its camera crew, reportedly shows “Palestinian policemen celebrating and shooting into the air, in addition to civilians dancing.”

A Reuters report filed in Beirut stated that on September 11th “Jubilant Palestinians took to the streets of refugee camps of Lebanon and the West Bank, waving Palestinian flags, chanting ‘God is great,’ and distributing sweets to celebrate the attacks on major U.S. landmarks and government offices.”

The protests are not limited to Palestine and Afghanistan. In Indonesia, 8,000 protestors carrying banners calling Americans terrorists marched past the U.S. Embassy, through Jakarta’s business district. Since the September 11 terrorist attacks, Indonesia’s Vice President Hamzah Haz has often delivered harsh words against the United States. He has said that he hoped the attacks would cleanse America of its sins.

While Americans are shocked and wounded, others continue to rejoice in our suffering. Bin Laden and the protestors feel they have knocked down the “most powerful nation in the world.”

The terrorist attacks evoked a lot of emotion in Americans. We are particularly interested in what makes you most ANGRY about the attacks.

Please describe in detail the one thing that makes you most angry about the attacks. Write as detailed a description of that thing as possible. If you can, write your description so that someone reading it might even get angry from learning about the situation.

What aspect of the terrorist attacks makes you the most angry?

Why does it make you so angry?

The other half of the sample were given option No. 2 and shown the second picture. 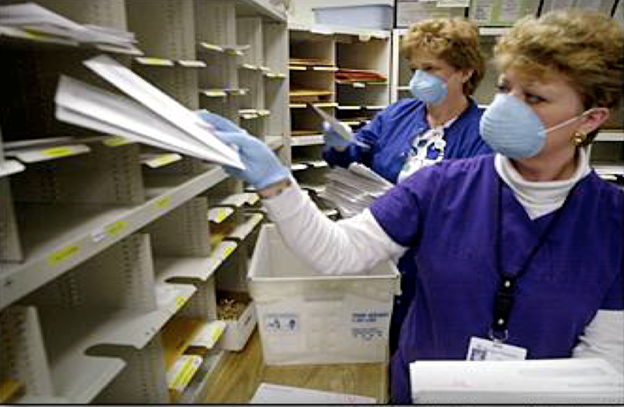 You are about to see a photo and hear about an event related to the terrorist attacks on our country. Please try to experience the event as vividly as possible. You may even want to take a minute to let yourself fully feel any emotions it evokes.

(newscaster voiceover) Today is another unsettling day as Americans grapple with a menacing and invisible enemy. The postmaster general acknowledges that he cannot guarantee the safety of the mail. President Bush warns that the nation is “still under attack.” We’re told that our mail might be filled with an ominous powder, someone might slip across a border with a jar of viruses, building ventilation systems are impossible to guard and nuclear reactors may be vulnerable. At first only government and media workers were affected by anthrax. But new cases of exposure are appearing everyday in more and more states across the nation, and around the world.

Since being jolted by September 11th and the persistent, mysterious spread of anthrax, the government has been struggling to determine which weapon might next be aimed at our nation. Threats of smallpox loom especially large, because it can spread to other people before symptoms are noticed. Since vaccination for smallpox has been abandoned, most people today are vulnerable to the disease. Ancient and vicious, the virus has killed more people over the ages than any other infectious disease.

The FBI has warned Americans of another ensuing attack but no one knows what to expect. All that is known is that Bin Laden and Al-Qaeda have the capability and the will to bring about greater destruction throughout America than on September 11th.

The terrorist attacks evoked a lot of emotion in Americans. We are particularly interested in what makes you most AFRAID OR ANXIOUS about the attacks.

Please describe in detail the one thing that makes you most afraid or anxious about the attacks. Write as detailed a description of that thing as possible. If you can, write your description so that someone reading it might even get anxious from learning about the situation.

What aspect of the terrorist attacks makes you the most anxious? Why does it make you so anxious?

This week’s Making Sen$e broadcast segment is about the biology of leadership, as explored by economist Andy Kim. But it also includes fascinating research by psychologist Jennifer Lerner, who ran the above study and now teaches top executives in Harvard’s public policy graduate school, the John F. Kennedy School of Government. Here’s her interpretation of the research results.

Watch this week’s Making Sen$e report about the biology of leadership.

Jennifer Lerner: In a nationwide field experiment after Sept. 11, we took news clips from CNN and the New York Times that we had pre-tested. Some triggered fear, others triggered anger. Then we randomly assigned a nationwide sample that matched U.S. census figures on all major demographic variables. That way we knew we could generalize to the U.S. population as a whole. And what we found is that if you expose one group randomly to these anger-inducing news stories — these are things like images of people celebrating Osama Bin Laden — then people get mad, as expected.

So the important discovery is that rather than the conventional wisdom — negative mood leads to negative outlook — the emotion of anger leads to a relatively optimistic outlook when it comes to risk.

But more importantly, when we then have them make a series of risk estimates, they perceive less risk in the world than do the people who are primed with fear. And that’s true not only for risks related to terrorism, but for triggers like the question, “What are the odds that you’ll get the flu this year?” People in an angry state think they’re less likely to get the flu than people in a fearful state.

So the important discovery is that rather than the conventional wisdom — negative mood leads to negative outlook — the emotion of anger leads to a relatively optimistic outlook when it comes to risk. It’s not that the angry person thinks, “good things are going to happen,” but instead, something like, “No matter what happens, I will prevail.”

Paul Solman: Because the angry person thinks in terms of agency — somebody has done something — and therefore it’s not as scary as something happening to me?

Jennifer Lerner: That’s right. Think about the angry people you know. They’re never, in the heat of anger, saying: “Hmmm. Let me think about this. I wonder…” No, the angry person says: “I know. I know he did it.” It’s very different from fear.

When we’re mad, this sense of certainty not only leads us to underperceive risk, but it also simplifies our thoughts. So not only are you taking more risks when you’re mad, but you’re also not thinking about them. So it can be dangerous in a lot of the decisions that we make.

There are only certain circumstances where being in the really angry state and thinking in a shallow way is beneficial. When I, for example, think about the [presidential] election campaign that we all went through, I see a beneficial role for anger — and there was a lot of anger — because there was a galvanizing effect of that anger.

Paul Solman: The benefit being…

Jennifer Lerner: Higher participation rates. So people turned out [in the primaries] and so that can be very beneficial. Look at the civil rights movement in our country. That started with anger, because people had to underestimate the risk in order to even try to achieve radical change.

Paul Solman: Against the odds that appeared to be against them at the time.

Jennifer Lerner: The odds were with the status quo. And so in the presidential primaries, I think there was a net benefit: turnout engagement at record levels.

Then we moved into the general election. The general election was a time when we really needed to think systematically, and I think there anger had more of an undermining role, because there was less consideration of questions like, “Is this a credible news source or not?” Those would have been beneficial.

Paul Solman: Does testosterone make a person more likely to be angry?

Jennifer Lerner: We know that anger makes you more likely to make snap judgments, and we know that men are more likely to experience anger and to take more risks as a result of that anger, in response to situations like the Sept. 11 attacks, for example. But we don’t yet have systematic data mapping all the relationships between testosterone and anger.

Part of the problem is that anger is very heterogeneous and so there are some affronts that are highly testosterone- and anger-related. So if someone doesn’t treat you well and disrespects you, that’s going to be an affront to your dominance and will be highly anger-related, whereas if you’re mad over some sort of social injustice, it doesn’t invoke the status domain as much.

Dacher Keltner has a book just out called “The Power Paradox.” Being at the top and also having a social dominance orientation causes us to lose touch with people and leads to sloppy thinking, shallow thinking. And that’s why you see some of these examples of people [in high places] making terrible mistakes. Rather than accruing wisdom as they ascend higher in the leadership ranks, perhaps fueled in part by testosterone, they actually accrue more distance between themselves and others.

Left: How does anger affect the way we think? And does it skew our judgment of risk? Photo by PeopleImages via Getty Images