As Tourists Return, How Will Service Worker Centers Feel in 2012? 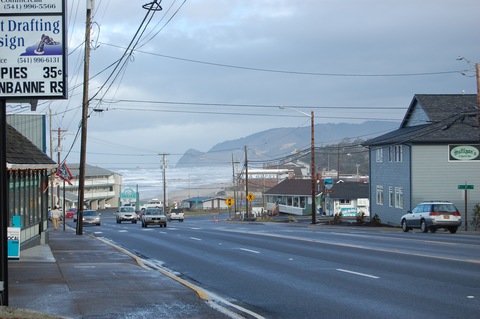 If you want a scorecard for the behemoth we call the American economy, there is no shortage of measurements. Every week brings reports on everything from jobless claims to gas prices, but for many communities those weekly hiccups aren’t a useful focus. Instead, there are really a few months each year that really matter.

For places that live and die with tourism, that time is now.

And for the first time in a while, there is some optimism in one of Patchwork Nation’s tourist towns. Recovery may be too strong a word, but better vacation numbers and anecdotal stories — more cars in town, more people in restaurants — may mean a brighter 2011.

In some places, it seems the bleeding has slowed or stopped. And that may have special meaning as 2012 approaches in the small-town counties we call Service Worker Centers.

Those 650 counties — many located in local tourism hotspots — have borne some of the worst of the recession. They felt the pain sooner than others places, have more people who live close to the margins financially and felt some of the deepest troughs of unemployment. They have also been in a surly political mood.

But a good summer can mean a lot for the people in those communities and there is at least some reason to believe that 2011 has people feeling at least a little better — so far.

Not all of the Service Worker Centers have tourism to fall back on. Many are truly just small towns with little going for them beyond small-time local commerce. But there are many — like the coast of Oregon, the Finger Lakes region in New York or the northern coasts of the Great Lakes in Michigan — that receive a big bump from tourism.

In those places, tourism is a temporary windfall that residents live off of during the less-popular months, particularly the winters, which can be hard.

As we have written in more in-depth reporting, these places get by on “the kindness of strangers” — people from the bigger metro areas who visit and spend money. Of all the 12 county types Patchwork Nation studies, they are the most dependent on those infusions of outside dollars. And because of that reliance, they had some very hard years. One of the first things people in wealthier suburban communities cut back on in hard times is vacation travel – especially those short, but pricey little weekends away.

We witnessed this up close in Lincoln City, Ore., which we have visited for nearly four years now — and which we visited with the NewsHour back in 2009. Businesses closed during the recession, unemployment jumped from 5.5 percent in 2007 to 10.8 percent in 2010.

But 2011 has brought some relief for Lincoln City and places like it.

AAA, which tracks travel and spending around the holidays, forecast a good Memorial Day and even the slightly down Fourth of July forecast held some good news: a predicted 25 percent increase in spending. That’s more money flowing though local restaurants, cafes and curio shops. (In Lincoln City, people estimate that every tourist dollar spent goes around four times as employees spend at local establishments themselves.)

And the Federal Reserve reported recently that “Tourism activity has generally strengthened since the last report, and the outlook for the summer season looks positive.” That analysis came from the Fed’s June Beige Book, a summary of conversations with business it contacts regularly.

At Least We’re Not Crashing

And in Lincoln City, times are looking better. Kip Ward, who owns the Historic Anchor Inn, says last weekend was busy. The restaurants were crowded. The line of cars coming into the city was long and somewhat annoying.

Ward says his restaurant in the hotel has been busy and the food service company he deals with says it’s the same way up and down U.S. 101, which runs through town.

“Yeah, it wasn’t as easy to just go out and get groceries,” says Allyson Longueira, managing editor at the local weekly newspaper The News Guard. “It’s early. People here say our season doesn’t really begin until July 5, but there is a lot more optimism.”

Also, the weather has held up — a key factor for a beach town, she says.

Not that people in Lincoln City are jumping up and down with excitement, but improvement is improvement. “A few years ago, we all thought, when is this plane going to crash,” says Ward. “Now we think, well, it ain’t much of a plane, but at least it’s still in the air.”

And the question going into 2012 is whether that’s enough for places like Lincoln City. Will Service Worker Centers around the country feel better enough about themselves and their prospects to tone down some of the anger in those places?

Traditionally Republican, they were a surprise when they voted for Democratic House candidates in 2008, largely out of frustration. In 2010, the frustration swung back the other way and the GOP won these counties by a wide margin. Will they swing again in 2012? Will they choose a direction?

We’ll be looking more closely at these counties in the coming months, including next week when we visit Service Worker Centers in Wisconsin in the middle of the state Senate recall elections there.