AT&T to Buy T-Mobile: Duopoly in the Making or Fair Business Merger? 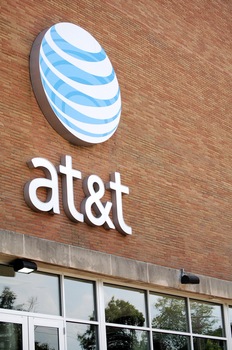 It’s safe to say that AT&T’s big move to buy T-Mobile for $39 billion took much of the tech world by surprise Monday — and that seems to include Sprint, who had been in talks with T-Mobile recently. But there was less consensus on what the deal could mean for competition in the wireless industry and just which other parties would benefit.

The numbers alone are so daunting that it immediately raised the specter of a near duopoly in the wireless business. By adding T-Mobile’s 33 million subscribers, AT&T could have a client base of nearly 130 million customers. That would be a third more than Verizon Wireless, which is currently the largest player in the field. And it would dwarf Sprint-Nextel, which would have roughly half the number of subscribers as the new AT&T.

Charles Golvin, an analyst with Forrester Research told CNET that an expanded AT&T and the current Verizon would account for three out of four wireless subscribers in the U.S.It was that prospect that had consumer advocates worried. Sen. Jay Rockefeller, D-W.Va., said the Federal Communitications Commission (FCC) should closely scrutinize the deal. One consumer voice called it “unthinkable.”

“The wireless market, now dominated by four big companies, would have only three at the top,” Gigi Sohn, president and co-founder of Public Knowledge said in a statement. “We know the results of arrangements like this – higher prices, fewer choices, less innovation.”

For its part, the FCC did not issue a statement, but is expected to study the deal very closely and may demand some concessions from AT&T. Both companies said it could be a year before the FCC grants its blessing, although AT&T executives said they were confident the deal would be approved.

“If you look at pricing as a key barometer of the competition in an industry, our industry — despite all of the mergers that have taken place in the past — actually reduced prices to customers 50 percent since 1999,” AT&T President Ralph De La Vega told All Things Digital.

He also said that the top markets in the country include smaller competitors so that consumers have some choice.

In terms of service, range, spectrum and mobile phones for customers, writers seemed to be of different minds about the ultimate fallout. More on the basics of how spectrum works here.

Many noted, for example, that AT&T needed more spectrum to transmit its signals and that T-Mobile used the same technology — a point made here on Mashable. T-Mobile, in turn, lacked what it needed to upgrade to the next generation of wireless technology.

“AT&T’s network has broader coverage, but T-Mobile competes well in urban areas,” Kent German wrote in his analysis at CNET. “With the increased spectrum, it’s doubtful that T-Mobile customers will see their network quality decrease. And on the upside, they’ll get a quicker path to “LTE” or true 4G service.

Others said the combined companies would probably mean fewer types of phones on the market in the future as AT&T and T-Mobile look to combine forces. That was one of several negatives in a breakdown of “pros and cons” as seen by PC World.

As for other companies, observers were divided.

While most agreed the deal was a big blow to Verizon, a Wall Street Journal blogger wrote on “Heard on the Street” that it’s possible there’s a silver lining for that wireless giant.

“The deal would take at least a year to close, with a likely tough regulatory review distracting AT&T’s senior management during that time,” Martin Peers wrote. “The company will then start what is likely to be a period of a couple of years integrating the two networks.”

Business Insider saw it differently, saying Verizon and Sprint were both losers, even calling Sprint officially “the runt of the industry.” Apple, on the other hand, could see a boon from new T-Mobile customers who may want to switch to the iPhone.

The New York Times and others said iPhone may have in effect led to T-Mobile’s sale.

And the Times’ Dealbook also points out that one of the biggest winners may be the investment houses and banks that helped structure the deal.