On the sometimes thoughtful and almost always rib-tickling NPR quiz show “Wait Wait Don’t Tell Me,” the guest this week was Austin Goolsbee, former chair of President Obama’s Council of Economic Advisors. Host Peter Sagal asked for Goolsbee’s take on the Trump tariffs, and the economist, quite amusing himself, offered this anecdote about his aunt Trina and uncle Bob, who lived in Lubbock, Texas.

Trina had cooked lasagna (or something similar) for dinner. The leftovers were thrown away, but “ended up stuffed down the sink where it clogged the drain,” Goolsbee explained. He continued:

“And my Uncle Bob went to the store and got a product, which has since been banned*, which was called ‘The Bomb’. And ‘The Bomb’ was a combination of a plunger and a firearm. It had a cartridge in it. You stuck it into the drain. And you fired it in, and it would blow the clog out.

SAGAL: So this is like an explosive device with a projectile.

GOOLSBEE: It’s got a CO2 projectile, and you put the pressure in there, and you blow it out. And it said on the outside, use only one charge. But my Uncle Bob is not the type to use only one charge if more than one is available. So he fired the entire thing into the drain.

He cleared out the clog of the drain. The lasagna — whatever it was. And they lived in a house. It had a wall down the middle. There were two identical apartments. And the drains did not just go straight down. They connected in a little Y. So every time he blew the bomb into the drain, it didn’t go down the drain to the sewage. It just blew it to the neighbor.
And so the next morning, that person comes over says, ‘Bob, was there some kind of terrible plumbing catastrophe. He said, ‘I’d like to show you my apartment.’ And all over the ceiling in the kitchen is my Aunt Trina’s lasagna blown out there.

Goolsbee is hardly an outlier on this issue in the economics profession. Twenty-eight prominent economists, right and left, were polled by the University of Chicago’s Booth School of Business(including Goolsbee, who teaches there).

The question: Do you agree or disagree that “Imposing new US tariffs on steel and aluminum will improve Americans’ welfare? 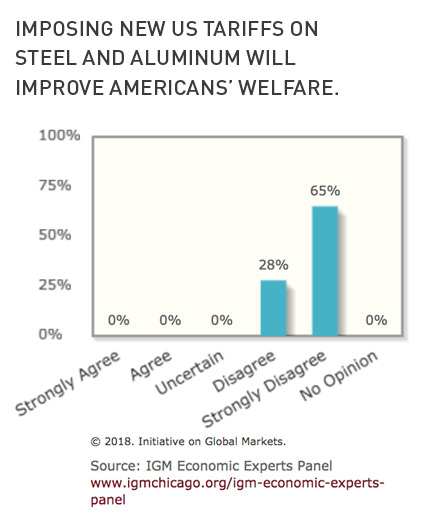 And here’s the link.

MIT’s Daron Acemoglu articulated the overall economic objection to the policy: “It will help some Americans and hurt others,” he wrote in response to the poll question. “But the overall benefits are likely to be quite limited, and losses larger.”

*- Turns out similar products are still available. Here’s one I found online: 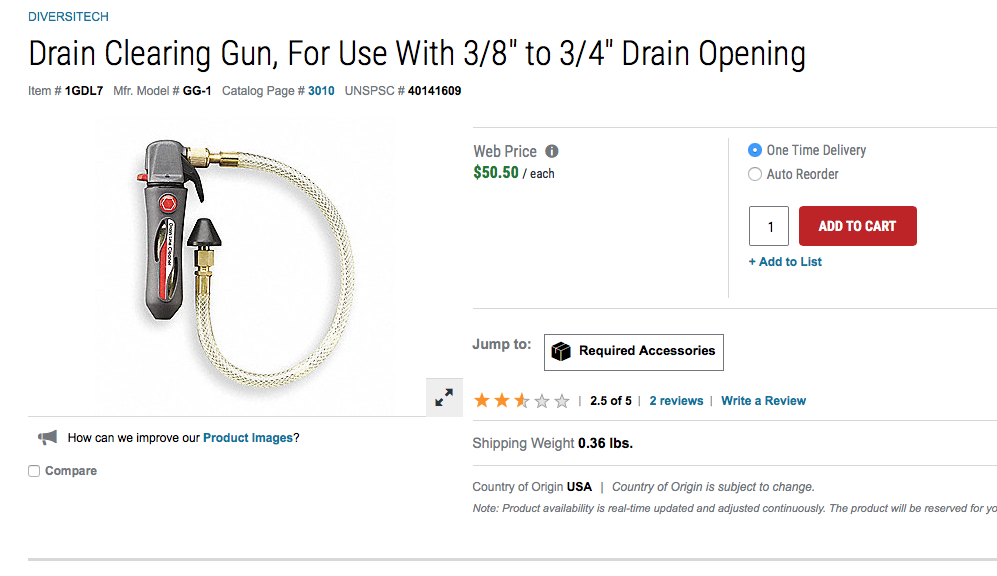