Better Days Ahead in 2011? Measuring American Optimism in the New Year 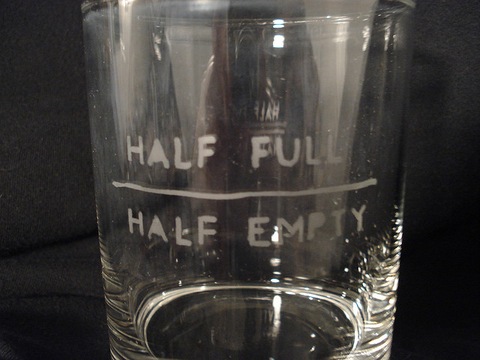 Say this about Americans: they are nothing if not hopeful. While 2009 and 2010 may have brought economic trouble and pain, the mood among most Americans appears surprisingly upbeat going into 2011.

In each of Patchwork Nation’s 12 county types, more than 50 percent said they believe 2011 will be better than 2010, rather than worse, according to a December Pew Center for the People & the Press poll analyzed through Patchwork Nation’s lens.

Admittedly, that is a pretty broad question aimed more at getting at larger perceptions about times ahead than specific thoughts about their current lives. But if one were, say, selling futures in American optimism, they would be trading up as the New Year begins.

As we often see in Patchwork Nation, however, they would not be trading at the same level everywhere.

Three county types are feeling especially bright about the year ahead: the wealthy Monied Burbs, the collegiate Campus and Career counties and the big city Industrial Metropolis locales. In those three county types, more than 65 percent expect a better 2011.

And three are less enthusiastic. In the socially conservative Evangelical Epicenters, the small-town Service Worker Centers and the aging Emptying Nests 53 percent or fewer see a positive 2011 on the horizon.

First, having more hope for the future seems to be somewhat tied to living in a wealthier communities – the three most optimistic are wealthier than average. Second, it may only be 2011, but there looks to be something of a 2012 electoral divide in these numbers.

Three most optimistic county types are also the ones that were the biggest supporters of President Obama in 2008. The three with the lowest optimism percentages did not go for him in 2008.

Source: Patchwork Nation analysis of Pew Center for the People & the Press poll

As we have noted in past posts, there is good reason for the wealthier counties in Patchwork Nation to feel better about the arrival of a recovery in 2011. When the recovery takes hold, it will take hold there first – where incomes and education levels leave people in a better situation than their counterparts elsewhere.

The same might be said of the Evangelical Epicenters. They have an even lower median household income than the Service Worker Centers.

As we note in our book “Our Patchwork Nation,” despite the discussion around national economic numbers and issues, there are stark economic divides in the United States at the community level. Many of those smaller, more-remote communities lost jobs that likely won’t be coming back any time soon.

But not everything in this poll can be explained away with economic differences. There are some divides that seem better explained by politics.

The Emptying Nests, for instance, having a higher than average median household income with an unemployment rate that is lower than some of our other types, and yet they aren’t feeling very sunny about 2011. Polls and interviews found those counties were particularly unhappy with health care reform last year.

And the Evangelical Epicenters voted strongly against Obama and have never warmed to the president.

Meanwhile, largely black Minority Central counties have the lowest median household income and the highest unemployment levels, but people there on the whole are feeling fairly bullish about 2011. About 61 percent feel the New Year will be better than the past one, according to the Pew poll. In 2008, those counties sided with Barack Obama, the first black U.S. president.

It’s not possible to weigh the political impacts everywhere. Poll numbers for agricultural Tractor County counties and the Mormon Outposts, both of which went firmly against Mr. Obama in 2008 could not be drawn from this survey. The sample size wasn’t large enough.

And, more to the point, if anything, these poll numbers show how much of a community’s viewpoint can be based on other things. For instance, the optimism in the Military Bastions – 62 percent say they feel good about the coming year – probably has a lot to do with those communities getting back on their feet as deployed troops return home.

But perhaps most importantly, beyond optimism “futures,” the current market for optimism is pretty depressed.

The same Pew poll found that all 12 county types are overwhelmingly dissatisfied with “the way things are going” – more than 72 percent of the people in each county type were “dissatisfied.” They are hoping for better days ahead – maybe even expecting them – but most have yet to see good times materialize.

The meaning? The next 12 months are perilous for politicians. Optimism has a funny way of turning into something much more negative if the good days don’t materialize. And 2012 is just around the corner.