In an effort to rid the country of unsafe, illegal and aging structures, the Chinese Ministry of Housing and Urban-Rural Development plans to demolish more than half of the country’s residential buildings in the next 20 years. Illegal structures in China have a legacy of poor construction quality and dangerous conditions, especially during earthquakes or storms. But, relocating millions of residents is no small task for a country that is urbanizing at one of the fastest rates in history–and battling reports of government corruption along the way. 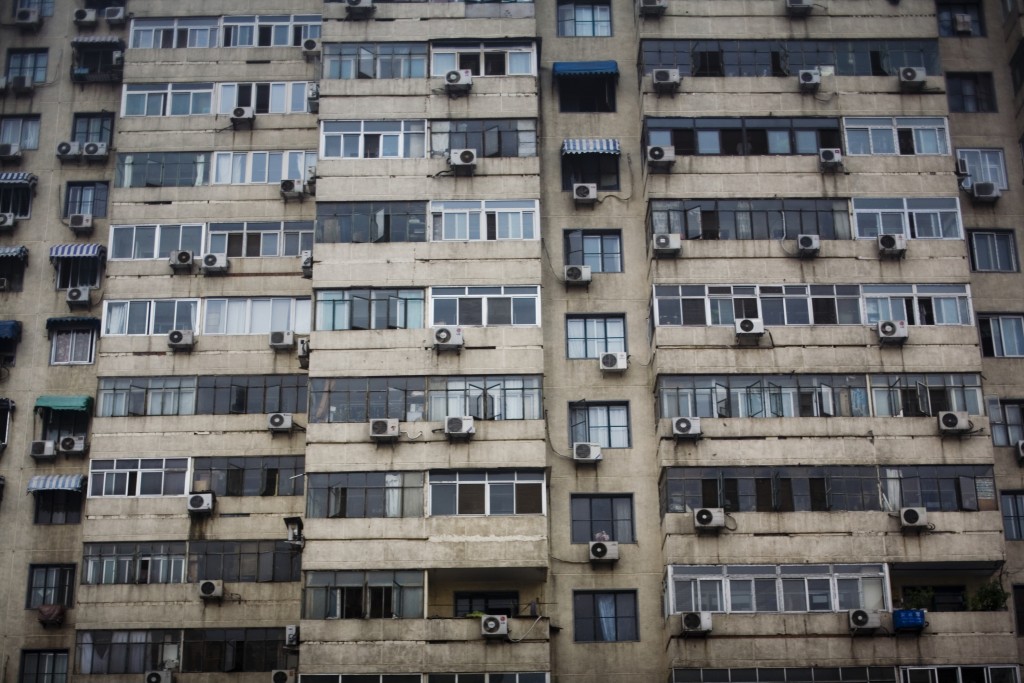 An Overheated Growth Rate
China now ranks as the world’s second-largest economy, and its growing middle class is driving demand for urban living space. By 2013, half of all Chinese will live in urban areas, compared to only 20 percent, 25 years ago. Photo by Jeff Hutchens/Getty Images 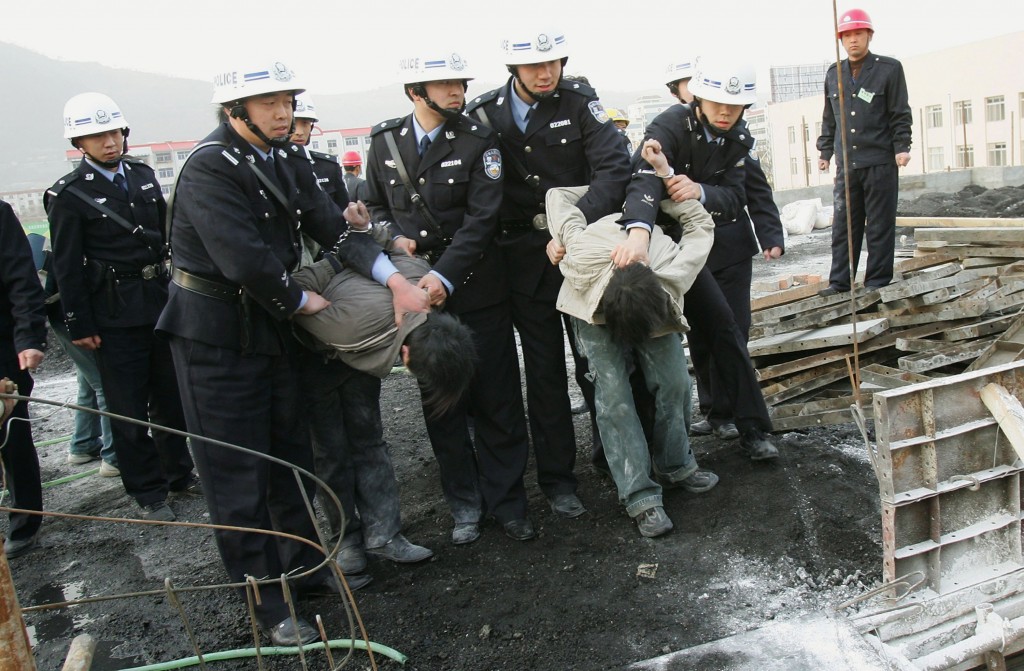 Trouble at Home
Police subdue people who try to prevent law enforcement officers from demolishing an illegally built building on in Xian of Shaanxi Province, China, in 2006. Orders to demolish illegal structures mean eviction for residents, so Chinese law enforcement often has to forcefully remove residents, as well as protect the demolition sites from attack. (China Photos/Getty Images) 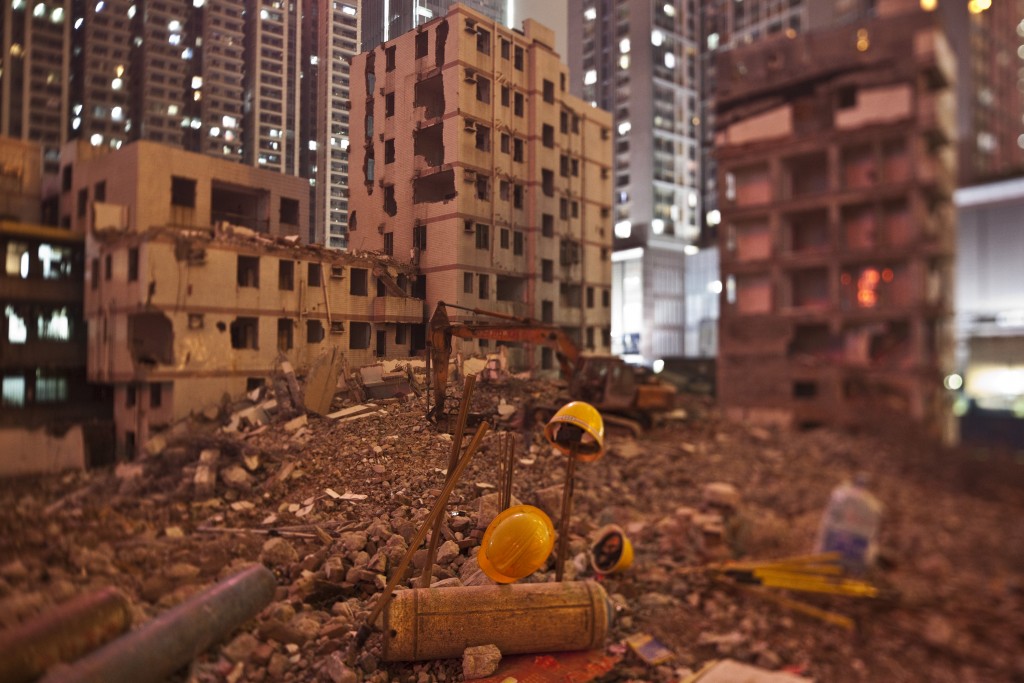 An End to Urban Villages
Millions of Chinese migrant workers live in low-cost urban villages—densely packed residential spaces, often illegally built on government land. Many consider the villages to be unsightly and dangerous, even though they offer affordable housing for laborers and those new to urban areas. Beijing, Shanghai, and Shenzhen are cracking down on the villages, but often without taking adequate steps to relocate villagers — or to compensate them for their loss of property. This village was demolished in April in Shenzhen. (China Photos/Getty Images) 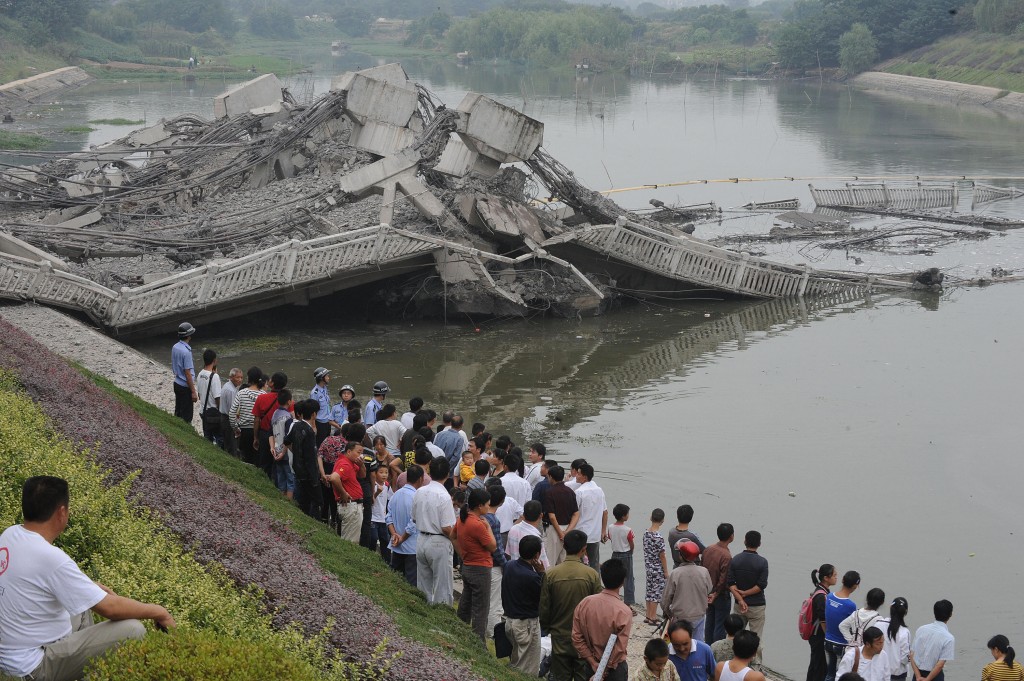 Will the Bridge Be There Tomorrow?
Illegal construction is not limited to buildings. This bridge in Hefei was demolished by the Chinese government in 2009, after it was determined to be unsafe. That same year, a construction team in Nanjing were criticized for repairing a cracked, year-old bridge by filling crevices with glue. The repairs had to be redone. China is in the process of replacing more than 6,000 aging and dangerous bridges. (STR/AFP/Getty Images) 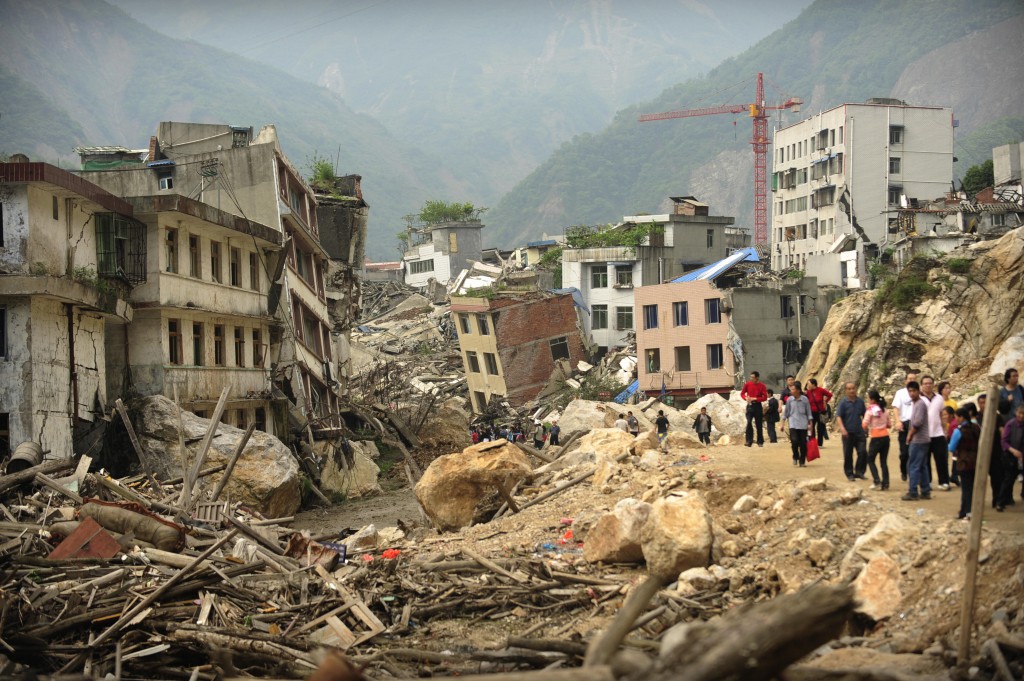 The Fall of the ‘Tofu-Dregs’
Thousands of poorly built structures, including more than 7,000 school buildings, collapsed during the Sichuan earthquake in 2008. The death toll was more than 68,000. Survivors began calling the cheap school buildings “Tofu-Dregs” because of their poor quality concrete and lack of re-enforcing steel beams. Photo by Peter Parks/AFP/Getty Images 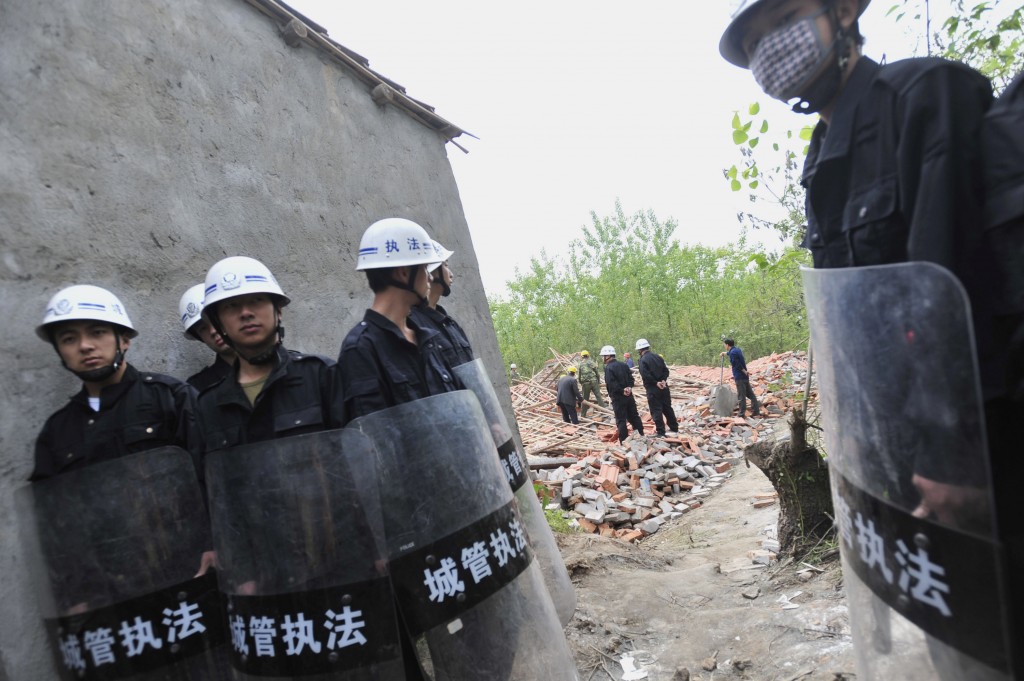 Safety Regulation — or Land Grab?
In some cases, the goal of a demolition isn’t to remove an unsafe structure, but to grab a valuable chunk of real estate. China is undergoing an epidemic of land-grabs where government officials and real estate developers push peasants off of their land and seize it for development. Residents often resist eviction, so hired thugs join the demolition crews on the worksite. In 2006 a party secretary in Dingzhou was sentenced to life in prison for hiring thugs to attack a crowd of 300 farmers who were trying to defend their land. Six farmers were killed in the attack. (AFP/Getty Images) 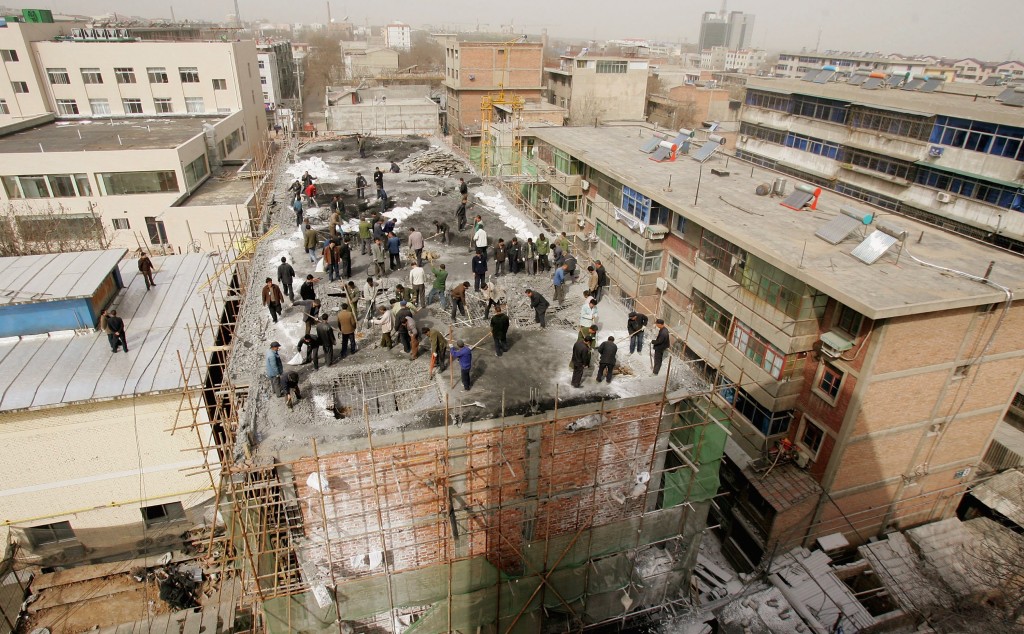 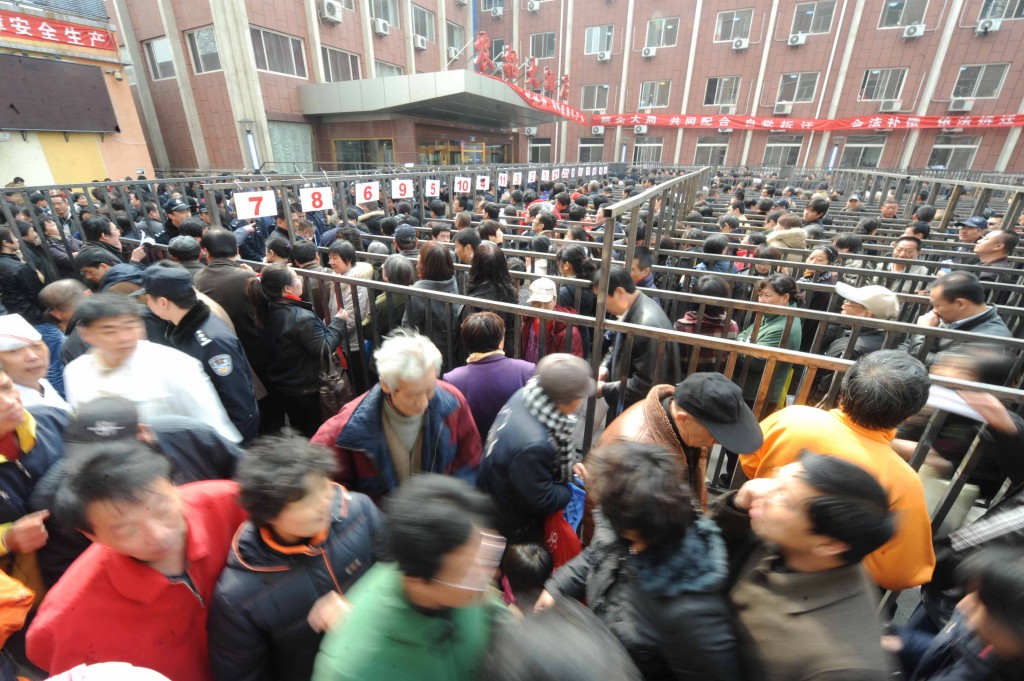 Where to Next?
As urban populations grow, so does China’s property market. The government is stepping in to regulate prices and maintain affordable housing. Here people queue to get better numbers on a waiting list for new apartments after the local government announced the demolition of an old central part of Tongzhou, in the western suburbs of Beijing in April. 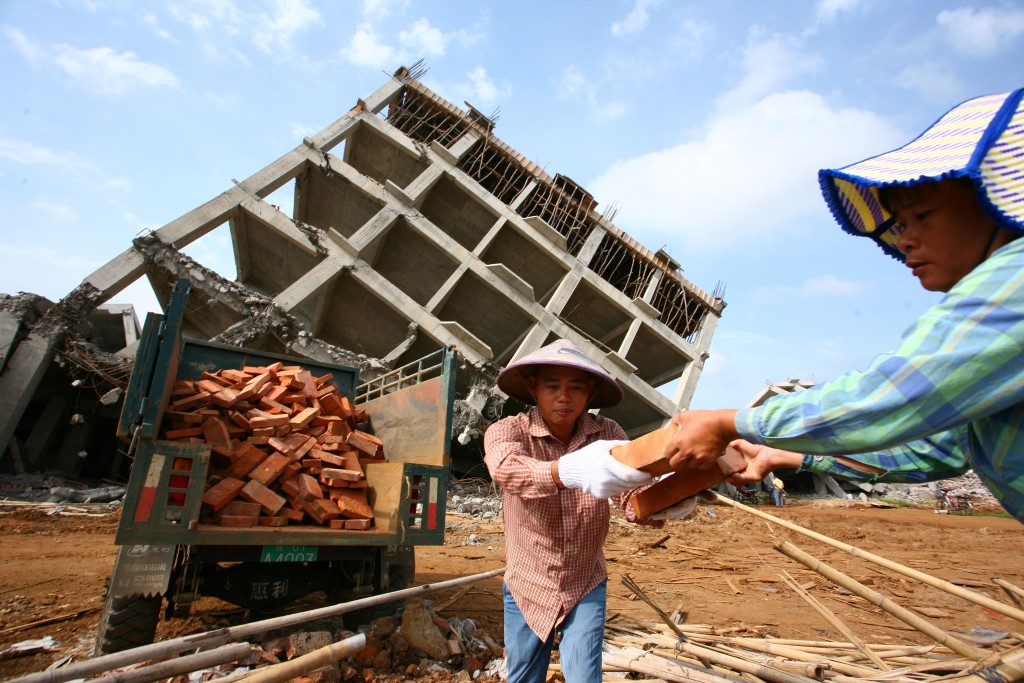 What’s Old is New Again
Laborers reclaim bricks for recycling at a demolition site on Aug. 6 in Haikou. (ChinaFotoPress/Getty Images) 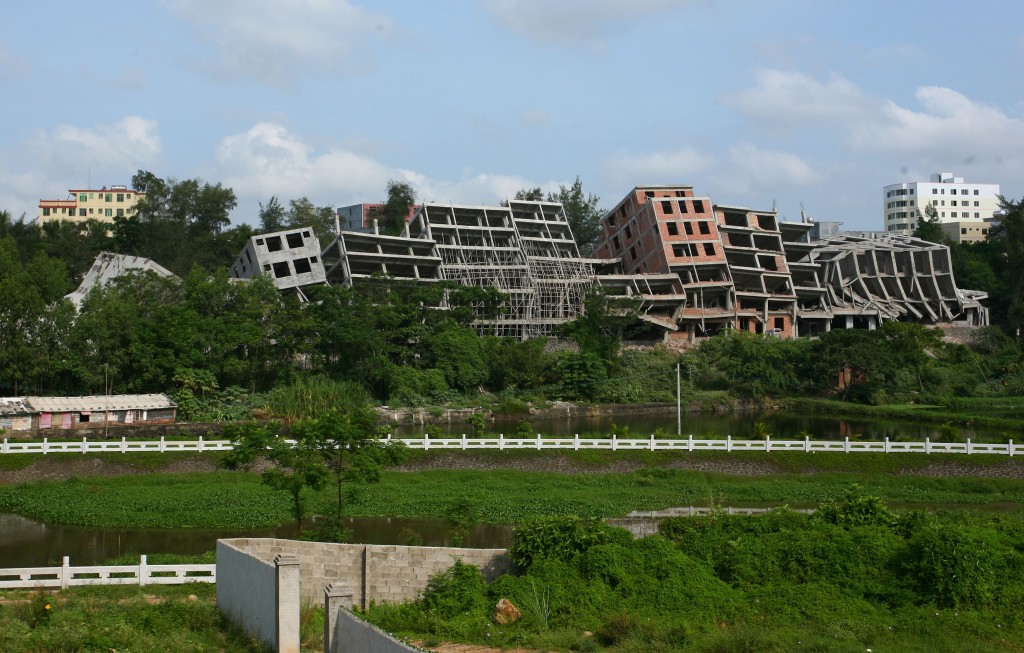 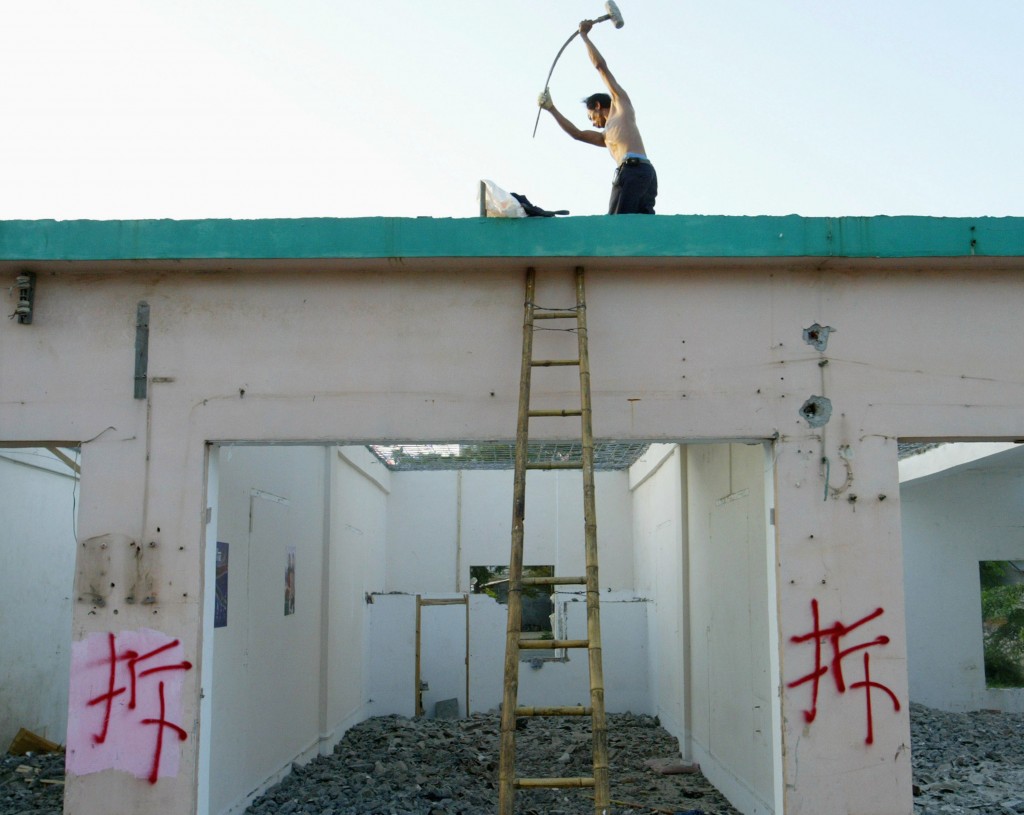 Hammering the point home
In some extreme cases, residents refuse to leave and their houses stay while the neighborhoods are razed. Chinese refer to these as “Nail Houses” because they are like nails that resist the hammer. (China Photos/Getty Images) 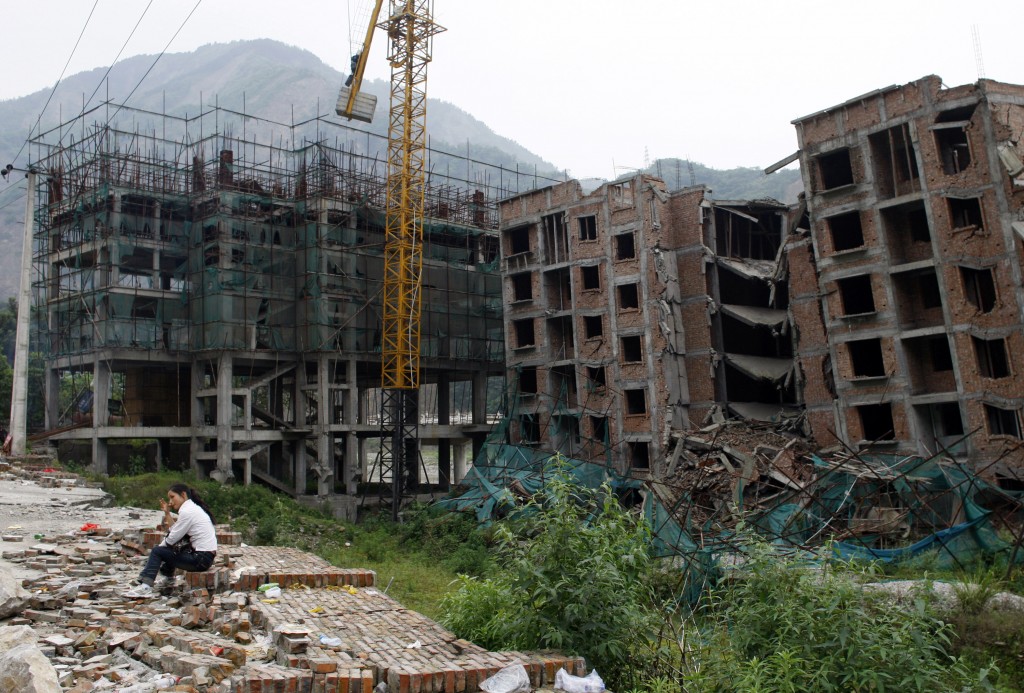 New Buildings Rise
A woman mourns her deceased relatives at the devastated town of Beichuan on May 12, 2009, one year after the earthquake hit. The destruction wiped out many businesses, but has created thousands of construction jobs for Chinese laborers. (China Photos/Getty Images) 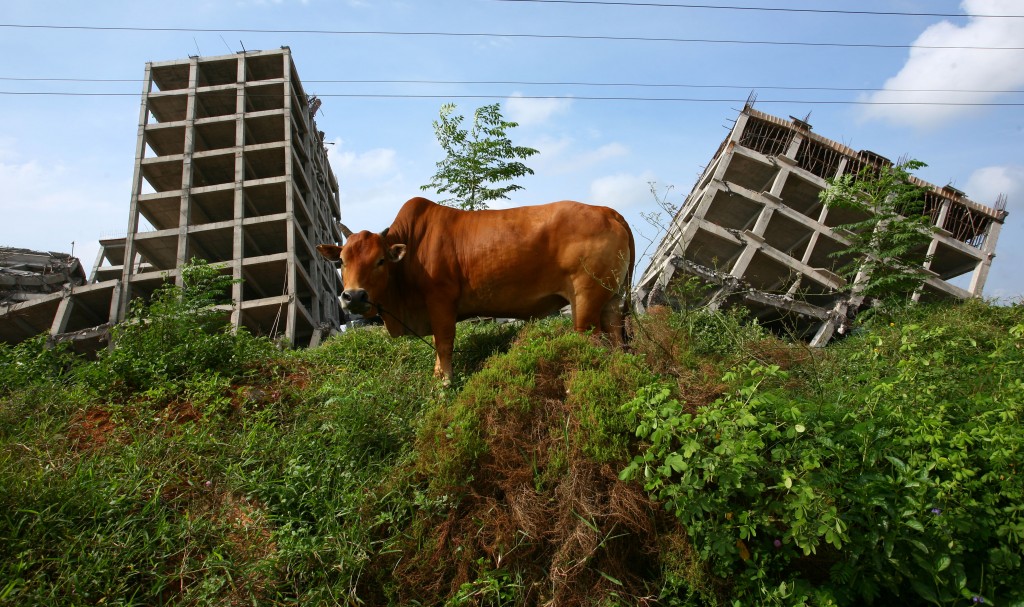 Greener Pastures
By 2025, the urban population in China will reach close to 1 billion, fueled by massive internal migration from rural areas. Building enough safe housing and infrastructure to support the population is one of the nation’s greatest challenges in the next 15 years.

Left: A Precarious PositionIllegal buildings are demolished by the local government in Haikou, China, on Aug. 6. (ChinaFotoPress/Getty Images)