Philadelphia Among City Economies Riding Out the Highs and Lows 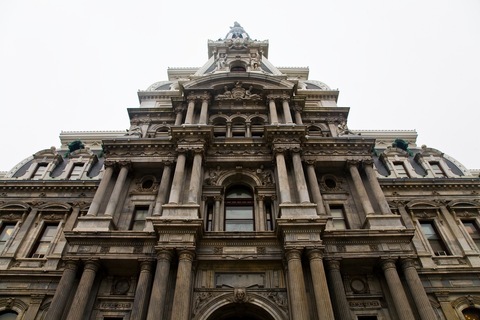 PHILADELPHIA | High atop the city hall the statue of William Penn looks down on this city and sees a city that stands as a symbol of the hopes and challenges faced in America’s big industrial cities – in counties Patchwork Nation calls the Industrial Metropolis.

As 2011 dawns in Philadelphia, City Hall arguably finds itself in the best economic condition it has seen in years. After facing billion-dollar shortfalls, the city budget is reportedly on the path to being balanced this year – perhaps even with a small surplus. A series of painful tax increases and spending cuts have removed the red ink from the city budget leaving Mayor Michael Nutter with a major accomplishment to trumpet in a reelection year.

Nutter seems to have rebounded in the eyes of population here now appears headed toward an unopposed fall campaign.

But lest anyone get too comfortable, a list of problems lay waiting in the City of Brotherly Love.

There are the city schools, run by a separate state-controlled board from a separate budget, where officials are bracing for a $430 million shortfall with no easy fix anywhere on the horizon. There is the change in leadership in the state capital of Harrisburg, where the Republican Party picked up the governor’s mansion. And there is the longer-term time bomb of pensions for city workers.

To top things off, Tastykake, a local business that has long been a city icon, has fallen on hard times. The makers of packaged pastries like Krimpets, need to find a way to pay off millions in loans by June or face being sold.

And Philadelphia is not alone. Patchwork Nation‘s Industrial Metropolis counties face unique challenges in the year ahead.

Riding the Highs and Lows

Out of all the county types Patchwork Nation studies, the Industrial Metropolis counties have seen some of the biggest changes with the economic downturn, something we explore in “Our Patchwork Nation.” From January 2008 to July 2009 these 41 counties saw their unemployment rate nearly double to 10.3 percent from 5.8 percent.

And they are not yet out of the economic woods. The unemployment rate in the Industrial Metros still sits at 9.8 percent and in Philadelphia, that number is 11.2 percent.

Still there is a feeling that the city has rebounded somewhat with the news of the balanced budget. The pain of service cuts and tax increases seems to be in the rearview mirror. And down on the Delaware River, the city’s recently opened SugarHouse Casino is supposed to bring in millions annually.

SugarHouse will never be confused with Caesar’s Palace. There are no elegant restaurants, no expensive shopping, no five star hotel (in fact, there’s no hotel period) but there are a lot of clattering slot machines and a lot of people playing them.

And, as we noted in 2009 on our trip to the city with the PBS NewsHour, there are universities and high-tech jobs that, on the whole, seem well-positioned for what may come in the economic future. This is true of other Industrial Metros as well. Most big cities are home to some form of university as well as young, tech savvy citizens and entrepreneurs.

But they are also home to a great deal of poverty and the question for Philly in 2011 is not whether the glass is half-full or half-empty, it’s what the glass will look like next year and the year after.

“The change is Harrisburg is going to be huge for us,” says Sandy Shea, opinion page editor for the Philadelphia Daily News.

Ed Rendell, Pennsylvania’s governor until this week, was not only a Democrat, he was the former mayor of Philadelphia. New Gov. Tom Corbett is not only a Republican who has talked about taking on “financial burdens, rather than passing those burdens on to the next generation,” he is from the other side of the state.

That change, it should be noted, is not limited to Philadelphia and Pennsylvania. The Republican tide last year swept in GOP candidates to capitals in states like Ohio, Wisconsin, Michigan and Illinois likely meaning more challenging times in Industrial Metros like Cleveland, Milwaukee, Detroit and Chicago.

The schools problem in Philadelphia seems intractable – how does one draw blood from a stone? – at a time when improving student performance is critical, especially in the cities.

Loree Jones, co-executive director of Greater Philadelphia City Year, says that in the end real improvement for everyone in Philadelphia – all races and classes – depends on fixing the schools. It’s a problem urban experts have identified for decades with no easy solutions and that was before the half-billion-dollar gap in Philadelphia.

The city’s pension fund looks to be facing serious problems. One study estimates the fund could run out of money completely in four years. And while city officials dispute how bad the problem is, no one disputes the problem is very real. Again, similar problems loom over cities across the country.

Even the casino revenue picture may not be as rosy as some had hoped – as early returns for SugarHouse look somewhat disappointing.

The meaning? As 2011 begins Philadelphia and other Industrial Metropolis communities find themselves in a different position than other communities around the country.

Times have been hard already. But three years after the start of an epic recession followed by 18 months very sluggish growth, many in the nation’s biggest cities may look out at the storm fronts rolling in and wonder if these times will be remembered in the future as the good days.

Dante Chinni is the project director of Patchwork Nation.