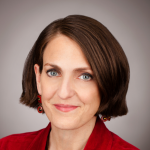 Column: Why a $15 minimum wage should scare us

Editor’s Note: Veronique de Rugy, a senior research fellow at the Mercatus Center at George Mason University, responds to economist John Komlos’ argument that we should raise the minimum wage to $15 an hour.

As we all know, the road to hell is paved with good intentions. The road is also covered with recurring and incorrect claims about the virtue of the path taken. Case in point: a piece recently published here by University of Munich professor John Komlos, titled “Why a $15 minimum wage shouldn’t scare us.”

“The economics of the minimum wage is widely misunderstood,” his piece opens. “While many commentators claim unjustifiably that increases in the minimum wage destroy jobs, there is actually no evidence to support their contention. Considered superficially, the logic seems plausible. If the price of something increases you’ll buy less of it, won’t you?”

He then illustrates with this example: “Consider the context. Take the cup of coffee I have in the morning. I don’t care how much the price of coffee is — double it, triple it — I’ll still drink a cup in the morning. I won’t drink less of it.” He continues to make his case with the assertion that “Raising the minimum wage has not hurt anyone except the boogeyman in the imagination of the 1 percenters and their entourage.”

The existence of automated substitutes means that even “rich” employers will employ fewer low-skilled workers when the minimum wage rises.

The piece is actually a good illustration of the claims made by advocates of a $15 minimum wage. However, it doesn’t make them any more accurate. Let’s start with Mr. Komlos’ coffee example. As an economist, Mr. Komlos should know better than to assume that his personal demand for coffee is the same as the overall market demand for coffee. The market of coffee drinkers is made of many people who range from loving it no matter what the price, to those who may only consume it on the order of once per month and only if it’s Italian.

In fact, I bet that many coffee drinkers reading this example would say that they, unlike Mr. Komlos, would actually either reduce the amount of coffee they drink following a steep increase in price, buy just as much coffee from a less expensive vendor or find an alternative — like starting to drink more homemade or workplace-brewed coffee. And for those coffee drinkers who share Mr. Komlos’ commitment to coffee no matter its price, unless their income increases by the hike in the price of coffee, there’s reason to suspect that something in their budget’s got to give. Maybe they’ll eat out less to make up for the increased spending on coffee. Whatever it is, something has to change.

Second, while Mr. Komlos is saying that he isn’t sensitive to price changes, the retail and restaurant industries have a significant sensitivity to wage increases. Over at AEI Ideas, economist Mark Perry explains, an “employer in a competitive industry with razor-thin margins (like fast-food or retail), whose payroll costs might represent one-third or more of operating expenses, will respond to a 100 percent increase in wages for his or her low-skilled workers. Those employers, unlike Komlos, will be extremely sensitive to a doubling or tripling of wages for low-skilled workers.” Oh and by the way, I bet you that if his coffee budget made up a third of his income, he too would become sensitive to increases in price.

The nonpartisan Congressional Budget Office calculated that an increase in the federal minimum wage from its current level, $7.25 an hour, to $10.10 per hour would cost about 500,000 jobs.

To sum it up, Mr. Komlos’ coffee example tells us close to nothing about the effect of minimum-wage hikes on the overall demand of workers.

It is also worth noting that according to the Small Business Administration, 99.7 percent of all businesses in America are small and not large, wealthy corporations. This is an important detail since Mr. Komlos also believes that businesses can always raid the huge piles of moldy money they have stashed somewhere. News flash: In most cases, small businesses do not have a large profit margin, and they rarely have a large stash of cash just laying around, gathering dust. This is even truer for mom-and-pop shops and fast-food restaurants, which are often at the heart of the minimum-wage fight.

Now, about that claim that there’s “no evidence that an increase in the minimum wage will destroy jobs,” any jobs. First, let me say that there’s no doubt that raising the minimum wage from its current level might help some workers. That claim isn’t in dispute. The claim that’s being debated here is whether this policy change will have a negative impact on any workers and whether the aggregate effect of the change will be a net positive. As we will see, most economists find that the negative impact of the change overwhelms the positive.

An extensive survey of decades of minimum-wage research, published by William Wascher of the Federal Reserve Board and David Neumark of the University of California, Irvine, in the 2008 book “Minimum Wages,” generally found a 1 percent or 2 percent reduction for teenage or very low-skill employment for each 10 percent minimum-wage increase. The nonpartisan Congressional Budget Office also calculated that an increase in the federal minimum wage from its current level, $7.25 an hour, to $10.10 per hour would cost about 500,000 jobs.

A recent calculation by James Sherk, a labor economist at the Heritage Foundation, finds that $15 mandates would eliminate about 9 million jobs nationwide. Unskilled workers like those working at fast-food restaurant stand to lose the most from the hike. Based on a national average — not restricted to a high-cost city such as Washington or San Francisco — Sherk estimates that a $15 minimum wage would cause a 36 percent drop in hours worked in fast-food chains. If you’re wondering why more and more McDonald’s restaurants in the United States are atomizing, like they already did in Europe, wonder no more.

But it’s not only jobs and hours that may be lost. Work by Neumark, Wascher and Mark Schweitzer of the Federal Reserve Bank of Cleveland also shows that minimum wages increase poverty — and hence poverty reduction shouldn’t be expected as a benefit of raising the minimum wage. That’s because, contrary to common belief, the relationship between low wages and poverty is extremely weak.

As Neumark, who has done extensive research on the issue, explains, “the principal sources of an individual’s higher earnings are more schooling and the accumulation of experience and skills in the labor market,” both of which are discouraged by increases in the minimum wage. Though an increase raises the wages of some people, it also reduces the employment of others, namely young and low-skilled people.

When you raise the minimum wage, you can point to someone whose earnings just got a boost, whereas it is difficult to see the negative effects on workers who couldn’t get jobs or saw their hours cut because of the policy.

Not every state or city in the nation will be affected the same. Salim Furth, an economist at the Heritage Foundation, explained to me how this would affect unemployment in Washington, D.C.: “A $15 (minimum wage) would raise prices in Georgetown, but in Congress Heights, it would shutter shops altogether.” Georgetown is in Ward 2, where the unemployment rate is below 5 percent. Congress Heights is part of Ward 8, where unemployment is 13.4 percent.

“I would expect a smaller effect in D.C., as $15 an hour will be less of a proportionate increase than it will be in, say, Louisville, Kentucky,” Furth said.

Mr. Komlos would be wise to remember that the price of a cup of coffee varies city to city, and as the debate about the effects of minimum-wage policy continues, the evidence seems to point to their long-term negative consequences. The evidence also points to the fact that the money from the hike may not be going in the pocket of the workers we claim to help; but that’s a topic for another piece.

Unfortunately, politicians (and some economists) often don’t care. After all, when you raise the minimum wage, you can point to someone whose earnings just got a boost, whereas it is difficult to see the negative effects on workers who couldn’t get jobs or who saw their hours cut because of the policy.

Veronique de Rugy is a Senior Research Fellow at the Mercatus Center at George Mason University and a nationally syndicated columnist.