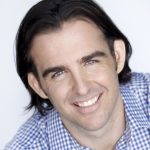 Column: A $3.6 million bonus and I still wanted more

Editor’s Note: Once a hedge fund manager on Wall Street, Sam Polk is now the founder and executive of the nonprofit Groceryships and the social enterprise Everytable. The following is an excerpt from Polk’s memoir, “For the Love of Money,” published by Scribner. For more on the topic, tune in to tonight’s Making Sen$e report, which airs every Thursday on the PBS NewsHour. 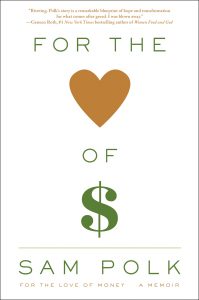 The email from Sean popped up in my inbox.

Come to my office.

I felt a jolt of adrenaline. It wasn’t fear, exactly. It was just that so much could happen in a late January conversation with your boss. On Wall Street, everything important — bonuses, promotions, firings — happens in January.

I leaned back in my chair and looked down the row to Sean’s glass-walled office. He sat at his desk, typing on the keyboard. I could usually sense his mood from the set of his jaw, the hunch of his shoulders. Today, I couldn’t tell. Sean was the head of trading at Pateras Capital, one of the largest hedge funds in the world. It was rumored that in bad years he made $20 million.

I was one of five senior traders at Pateras. Each of us was responsible for a particular market. I traded bonds of companies in or near bankruptcy. The “distressed” market. The term distressed captured how I was feeling about my entire life.

When Sean offered me a million dollars to leave Bank of America and come to Pateras, I’d felt like I won the lottery. Pateras was one of the most prestigious hedge funds on Wall Street. I couldn’t have dreamt up a more perfect job. But in the two years since I’d arrived, I’d started to see things — about Wall Street, about myself — that I hadn’t seen before. Now I wasn’t even sure I wanted to be here anymore.

I typed out a reply to Sean. Be there in two minutes. I wanted him to think I was busy, and I also wanted to collect myself. I had some internal tension when it came to Sean.

In my first few months at Pateras I’d seen firsthand what an amazing trader Sean was. His market knowledge was encyclopedic; his instincts were fighter-pilot sharp. I started to fantasize about becoming his protege.

But our relationship hadn’t developed as I’d hoped. While Sean treated me with respect, he never focused special attention on me. He saved that for another senior trader, Derek Mabry. Derek wore expensive suits, dated models and spent weekends in the Hamptons. Sean preferred him. When I’d see Derek sprawled on the chair in Sean’s glass-walled office, embers of jealousy smoldered inside me.

I worried my big mouth had gotten me in trouble. A few times I’d been on the phone with my identical twin brother, discussing the pros and cons of leaving Wall Street, when I suddenly realized how loudly I’d been talking, and how quiet the trading floor was. I worried Sean had overheard me, that my loose lips had jeopardized my bonus. Why pay someone millions of dollars if their heart isn’t in it anymore?

Sean looked up as I pulled the door open. “How’s the market?” he asked.

READ MORE: On Wall Street, an open bar and a closed stock market

For the past year and a half, the market had fluctuated like a pitching boat. We were still climbing out of the Great Recession. But that day the market was quiet, as if it were taking a collective, exhausted breath.

Sean nodded. The stress of the past few years had taken its toll. He’d always been thin, but he was starting to resemble a cadaver. His head seemed enormous atop his emaciated body. You could see the shape of his skull.

“What are you expecting this year for a bonus? Give me the number,” he asked.

I exhaled. We were having The Bonus Talk. I was safe, not fired. Under Sean’s gaze, I searched for a response. But the answer seemed hazy, far away.

It wasn’t that I hadn’t thought about it. It’s impossible to overstate how often Wall Street traders think about their bonuses. Those thoughts drive every trade, meeting, client dinner and ball game. The carrot at the end of the stick.

One of the reasons you think so much about it is because you don’t have much control over it. It’s a great paradox on Wall Street, where you supposedly “eat what you kill,” that your bonus is entirely at your boss’s discretion. The more trading profits you make, the bigger your bonus will likely be. But there are other variables — how profitable the firm is, seniority, what competitors are paying. You just don’t know.

It’s impossible to overstate how often Wall Street traders think about their bonuses. Those thoughts drive every trade, meeting, client dinner and ball game. The carrot at the end of the stick.

It was especially true for me that year. I’d had the best trading year of my life. I’d been positioned perfectly for a market collapse. When the crash came, I’d closed out trades for huge profits and then bought a ton of deeply distressed bonds for cents on the dollar, just as the market bottomed out. Those bonds screamed higher, and by the end of the year, I’d earned several hundred million dollars for Pateras. The year before I’d made less than half of this year’s take for Pateras, and my bonus had been $1.3 million. Sean said that the longer I was at Pateras, the higher my percentage payout would be. Given how much I was up this year, a higher-percentage payout would mean a massive amount of money. NBA all-star money.

I was 30 years old. I’d been an English major. I’d managed to keep my past a secret.

I gazed back at Sean. He was about to tell me I’d make more that year than my mom, a nurse-practitioner midwife, had earned in her entire life.

I took a step back, staggered. Lots of people on Wall Street make a million bucks a year. Few make almost four. It was an instant entrance into the ranks of the super wealthy. I’d yearned for this moment my whole life. And now that it had happened — now that Sean had said the actual number — I wanted more.

As I ran the numbers in my head, a hollow feeling crept into my stomach.

“So you all are paying me less of a percentage than last year?” I asked.

“I think they should have paid you more,” Sean said. “But you know how Peter is.” Peter Conroy, co-managing partner of Pateras, controlled the purse strings and seemed to think everyone should just be grateful to be there.

My happiness disappeared under a flash flood of anger. “You said my percentage payout would go up,” I said.

“I know,” Sean said. “You need to be patient. Just look at Derek — it took him a few years, but now he’s making real money.” The flash flood lurched up like a wave about to break. Derek was making real money this year? More than me.

“This is bullshit,” I said. My hands were shaking.

That night I lay in bed next to my girlfriend, Kirsten, listening to the creaks and groans of the old brownstone in Brooklyn Heights where I rented a floor. Thoughts raced through my head like motorcycles.

The image of Derek bragging about his windfall to his popped-collar Hamptons buddies made me nauseous. But what really hurt was that Sean hadn’t stood up for me. He could have convinced Peter to increase my bonus or even shaved a few million off his own for me.

Yesterday, I’d been planning to leave Wall Street; today, I was devastated because my enormous bonus wasn’t bigger.

My face was tight with anger. But I could feel tears lying in wait, ready to stream down my cheeks.

I wasn’t going to fall asleep. I knew my shifting would eventually wake Kirsten, so I sat gently up in bed, my left side suddenly cold without her next to me. I stuck my feet into my slippers and padded into the kitchen for a glass of water. I took it to the living room and sat down in the big gray chair where I usually did my reading. But instead of pulling out the worn copy of “The Great Gatsby” I was rereading, I just sat and thought about my life.

Yesterday, I’d been planning to leave Wall Street; today, I was devastated because my enormous bonus wasn’t bigger.

What was wrong with me? How had I become like this?

Left: A Wall Street sign is pictured outside the New York Stock Exchange in New York. Photo by Carlo Allegri/Reuters

Former hedge fund trader Sam Polk is the author of "For the Love of Money." He is the co-founder and CEO of Everytable, a social enterprise that sells fresh, delicious meals at prices everyone can afford, and the founder and executive director of Groceryships, a nonprofit that helps low-income families struggling with obesity.