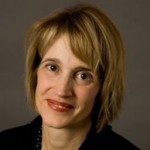 Editor’s Note: Every six weeks, the Federal Reserve meets to decide whether or not to raise short term interest rates. It is a perennial struggle — between the so-called “hawks” at the Fed, who push for higher rates to combat inflation, and the “doves,” who argue for lower rates to keep the economy juiced in the hopes of keeping unemployment low.

Today’s post-meeting rate announcement was being watched with particular attention because of the mixed signals the U.S. economy has been sending: Yes, unemployment seems low and certainly is low by recent historical standards. But on the other hand, who among us thinks the economy is “juiced”? Certainly not the vast majority of workers when looking at their paychecks and see that pay has barely budged as the economy recovered.

But a more practical question is this: If the Fed were to raise rates, as anticipated, what might it actually mean for us as consumers and savers? For an answer, we recruited a noted economist who has appeared often on Making Sen$e, Teresa Ghilarducci, whose post,“Why women over 50 can’t find jobs,” was among the most popular of the past few years. Ghilarducci is the author of “How to Retire with Enough Money and How to Know What Enough Is.” She added a third dimension to her answer: what might higher rates mean — or not mean — for American workers.

With the unemployment rate falling to 4.4 percent, in the range of full employment, the Federal Reserve moved to raise short-term interest rates on Wednesday. The concern: that full employment is a place where employers may finally begin to raise wages in an effort to attract scarce workers.

A speedy tour through the Fed’s brain explains why the Fed reckons high wages are a problem and not a welcome development. The Fed thinks low unemployment will cause employers to boost wages and eventually raise prices. And the Fed could be right; wages, salaries and employee benefit costs increased 2.4 percent this year and 1.9 percent last. The Fed also has a subtler role: to curb overheated demand for risky assets like junk bonds, stocks and exotic financial instruments like hedge funds, swaps, etc. (This role is less subtle after the financial crisis of 2008.) Super-low interest rates have contributed to this overheating, causing a near-panic among savers who were counting on higher rates to finance their future — notably, savers relying on pension funds. Many of them have reached for higher rates of return by investing in the risky assets. Low rates have also put corporations on a stock buyback spree instead of investing in research and development, a dismal prospect for long-term growth.

But let me answer the question Making Sen$e posed: How might higher rates affect American households? Five ways. The first is by raising returns on safer assets — a good thing for savers; the second, lowering returns on risky assets. Third, housing prices should become cheaper as mortgage rates will increase. Fourth, employment in sectors adversely affected by higher interest rates might take a hit. Let me elaborate a bit.

First, higher rates would be welcomed by people looking for higher interest on low-risk assets like bank certificates of deposit (CDs), government bonds and triple-A corporate bonds. This would include many older middle-class households. But it wouldn’t include all of them, because of the second effect. Since higher rates also make riskier assets less attractive, while households with more safe assets benefit, those with more risky assets should see lower returns.

The third effect is that higher interest rates potentially push up mortgage rates and pull down housing prices. But overall, it’s arguably a wash for most of us. That’s because, if you are selling a house, you will sell it at a lower price. But since most house sellers are also buyers, the price changes tend to cancel each other out, leaving most house buyers and sellers unaffected.

The Fed’s assumed link between low unemployment, rising wages and higher prices could simply be wrong.

And finally, though speculatively, higher rates could induce companies to update their plants and equipment and train workers instead of engaging in unproductive stock buybacks. In short, higher interest rates could, for this reason, boost real investment.

Now, all of this happens if the Fed can actually make short term rates rise. But maybe it can’t. That’s because the Fed doesn’t have total control; banks and other financial players have a major say. In fact, the Fed’s effectiveness has shrunk in recent years because non-bank entities – hedge funds, auto loan originators etc. — can create credit without the Fed’s influence and the price for it is set through supply and demand. So if underlying demand isn’t as peppy as the low unemployment rate might indicate, the Fed’s efforts could fail or even backfire. Moreover, higher Fed rates may not change the behavior of banks with excess reserves, more than $2 trillion currently on deposit back at the Fed instead of out there in the form of loans — $2 trillion that is not circulating throughout the economy.

That brings me back to the economy as a whole, to American workers, and to one striking possibility: that the Fed’s assumed link between low unemployment, rising wages and higher prices could simply be wrong. If, at what we think of as “full employment,” firms begin to compete with each other by raising wages instead of raising prices, workers might work harder (or more efficiently) and then we wouldn’t face inflation after all, and the Fed wouldn’t have needed to raise rates. On the other hand, if firms don’t have to pay more for workers’ labor, they won’t be forced to boost prices, and inflation will also stay low.

What should a full-employment economy feel like? The Fed’s assumption is that it should feel pretty good. But workers need more than low interest rates to make this happen. Workers need bargaining power.

In fact, we have seen many periods of low unemployment where people still fear they won’t be able to get a better job should they lose their current one. Today’s prime-age men, ages 25 to 54, have low labor force participation rates by historical standards. If they were to come back to the labor force because jobs are more plentiful, wages may not increase. A historical case-in-point: As production soared in America’s industrial Midwest in the 1920s and 1940s, Northern black workers’ wages fell by almost 5 percent because of competition from Southern blacks migrating North during the Great Migration.

What should a low-unemployment/full-employment economy feel like? The Fed’s assumption is that it should feel pretty good. Your barista may be a little slow, because he was hired the day before, but the cashier might be friendlier; she’s in a good mood from the raise she just got. You may be looking for a raise or a move to a better job.

But workers need more than low interest rates to make this happen. Workers need bargaining power. Unions don’t rely on market pressure alone to boost wages when times are good. If the Fed tries to raise rates, because they predict wrongly that low unemployment rates will cause firms to pay more for the same labor productivity, then the effort to raise rates could be an unhappy one for American workers.

Left: Flags fly over the Federal Reserve Headquarters on a windy day in Washington, U.S., May 26, 2017. Photo by REUTERS/Kevin Lamarque

Teresa Ghilarducci is a labor economist and nationally recognized expert in retirement security. She is the Bernard L. and Irene Schwartz professor of economics at The New School for Social Research and the Director of the Schwartz Center for Economic Policy Analysis and The New School’s Retirement Equity Lab. Her most recent book is "How to Retire with Enough Money."