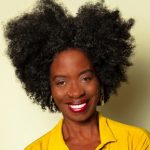 Column: How to create a financial hardship support group

Editor’s note: Elizabeth White is an author and former non-profit executive. The following column is an excerpt from “Fifty-Five, Unemployed, and Faking Normal,” her book about the financial challenges many Americans face as they age. White was profiled by PBS NewsHour earlier this year.

When I lost my job three years ago, one friend in particular proved to be my touchstone and sanity refuge. Like me, she was a former high-earner dealing with a major work gap and an unstable income. We were brutally honest with each other.

We used to play this crazy game called “top this” to get relief from the stress. I would share that my cell phone was about to be disconnected for nonpayment. She would counter that her water had been turned off. It was the crisis sweepstakes. The person with the worst situation won.

I know, I know — it sounds morbid, but in some of the worst moments, it made all the difference. Our friendship was one of very few places I could go without feeling I had to “fake normal” or pretend I was all right.

This friend, a few others, and my mother and daughter were the line in the sand between the abyss and me. I was still broke, but how I held being broke had changed. And that allowed me to take my first steps back from the abyss.

That’s why I suggest that you read my book, “Fifty-Five, Unemployed, and Faking Normal,” with other faking-normal travelers in what I’m calling a “Resilience Circle.” And I strongly urge you to do so if you feel that you’re circling the drain, exhausted by the sheer effort it takes to pretend you’re fine when you’re not. For me, finding my tribe and being part of a supportive community is critical to my sense of well-being and key to my ability to choose what’s right for me and to act on my own behalf. And I believe it could be for you too.

You likely already know one person among your friends and friendly acquaintances who is faking it, and that person likely knows one other, and so on. That’s enough to begin.

Approach that person. Tell him or her that you’d like to start a small group — a “Resilience Circle” to support each other and to discuss issues related to aging and living a good life on a limited income. Along the way, you will utilize many resources, but this book is designed to get you started.

Hold meetings even if your group consists of just you and two or three other people at the beginning. It’s hard to navigate these waters alone. Isolation is crazy-making. Peer-to-peer support can keep you even-keeled and open to possibility.

Keep the logistics simple. Meet in someone’s home or in the library. Make it cheap. Don’t go overboard with the refreshments, or serve no food or drinks at all.

But, but you say: what if your “fake” is so good that no one knows your situation. Well, are you on Facebook or Linkedin? Post the “You Know Her” essay on social media. Ask who would like to meet to discuss this and other issues related to aging and “rewiring” for the fourth quarter.

I guarantee that you will get a big response. Your challenge will be having too many people, not too few. It would be great to meet in person, but if you don’t live near the folks you have connected with, why not talk on the phone?

Also, don’t make the group too big. Your group is your safe place. It’s where you get to drop your mask and say what is true for you. You will be sharing personal information. You don’t need a cast of thousands for that. Between eight and ten people is probably enough. I like the idea of mixed-gender groups, but you can decide what works for you.

You will figure out how you want to structure your group, how often you want to meet, what you want to focus on, and other ground rules.

I’ve included some questions to get you started at the end of each chapter. Of course, you will also come up with questions and resources of your own.

There’s one last thing. Why not start your meeting with the “top this” sweepstakes? I know, I know… it’s corny! Do it anyway. Each person should write a few sentences on a page and put it in a bowl. No names. Someone read each “top this” entry aloud.

When folks have been faking it for a long time, it becomes second nature. The “top this” sweepstakes quickly gets people past self-puffery to “Wow…there are a lot of people in this boat with me.” It keeps it 100 percent honest.

Every eight seconds, another American turns 65. That’s some 10,000 people per day. By 2030, nearly 20 percent of the population will be 65 or older, comprising the largest senior population in the history of the United States. And millions of boomer households are financially unprepared, one extended health crisis, job loss, or traumatic event from insolvency.

This reality, while well known to experts working on senior issues, is largely missing from political and public discourse. As individuals facing this situation, we’ve got to start talking about it if we want to find solutions.

“Resilience Circles” are a place to start. We’re going to have to use our strength in numbers to change the national la-la-land conversation on retirement-income security. And we’re going to have to sound the alarm and push our institutions and public-policy makers to go hard on this crisis with the urgency it deserves.

Elizabeth White is an author and former nonprofit executive with domestic and international expertise in economic development, aging solutions and gender equality. She is the author of "Fifty-five, Unemployed, and Faking Normal." You can reach her on twitter or via email at fakingnormal@yahoo.com.