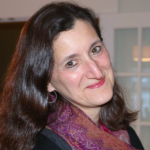 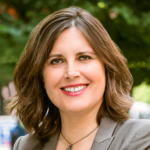 Column: The economy undervalues ‘women’s work,’ and that needs to change

The recent campaign trained a spotlight on the economic anxiety that plagues millions of workers who have seen their wages steadily erode. The surprising reality is that the majority of these workers are women, who endure low wages, scant benefits and often arduous conditions.

For every woman battling bias to get their rightful place in a top job or crack yet another glass ceiling in America today, there are tens of thousands of low-wage women workers trying to move up in a labor market that undervalues traditionally “female” labor. Women, and especially women of color, who support themselves and their families through low-wage work are clustered into the lowest-paying, lowest-quality jobs.

Women, and especially women of color, who support themselves and their families through low-wage work are clustered into the lowest-paying, lowest-quality jobs.

Take teacher assistants, 89 percent of whom are women. Over a quarter of the women in this field have a bachelor’s or master’s degree, but the median wage for teacher assistants is $11.43. In the “men’s work” world, service station attendants are 91 percent male, have few if any educational credentials and earn $11.62 per hour.

The United States workforce remains profoundly segregated by gender. Millions of women work in jobs that are seen as “women’s work” and are in fact done disproportionately by women, such as teaching young children, cleaning, serving and caring for elders — essential jobs that, despite requiring physical skill, emotional labor and often, postsecondary education, offer workers low wages and scant benefits.

READ MORE: Column: A Massachusetts law is the most promising step yet toward equal pay

A recent study from the Institute for Women’s Policy Research and Oxfam America explores this gender divide and identifies a subset of low-wage women’s jobs. The jobs meet four criteria: most workers are women; the median wage is under $15 an hour; at least 100,000 women do the job; and the number of jobs will grow in the next 20 years.
We found 22 such jobs, and of the 23.5 million workers in these jobs, 81 percent — 19 million — are women. And these jobs are a big segment of the larger workforce, accounting for over a quarter of all women’s employment and 64 percent of women’s low-wage employment.

Low-wage women’s work pays less than mixed-sex or traditionally male low-wage jobs, even when the women’s jobs are very similar in requirements for education, skills, stamina and hours. In fact, they may even demand higher education requirements, licenses or certifications. Janitors, two-thirds of whom are men, make $12.13 per hour, while maids and housekeepers, nearly 9 in 10 of whom are women, make $9.94 per hour.

These jobs box women into some tough spots. Almost half of the women in these jobs (about 8 million) live in or near poverty. Many turn to public assistance programs to get by, such as the 60 percent of mothers in these jobs who depend on subsidized lunch programs for their children. They may be compelled to work irregular hours or part time, even if they want full-time work and regular schedules. Their workplaces may pose dangers to their health and safety — think of manicurists exposed to chemicals or cashiers facing the risk of robberies.

Women in these jobs are not teenagers making pocket change — the median age is 36 and 12 percent are single parents.

Addressing the low pay and poor advancement opportunities in women’s work is essential to confronting systemic racial and ethnic inequality. Women of color are disproportionately represented in these jobs: They are a third of the female labor force but nearly 45 percent of women in these jobs. For example, women of color and immigrants are much more likely than white women to be working as housecleaners and manicurists.

Without policy change, the devaluation of women’s work may only get worse. The Department of Labor projects that these jobs will grow one and a half times the rate of all other jobs over the next decade. These jobs are growing because they are vital to our economy; child care workers, for example, allow parents to work and are responsible for the cognitive and social development of the future workforce. Investing in better wages and benefits for such workers can only strengthen our economic infrastructure.

Women in these jobs are not teenagers making pocket change — the median age is 36 and 12 percent are single parents.

So what can we do to make sure our economy — and our society — places greater value on women’s work and rewards it properly?

Among the many policy options, we can raise the federal minimum wage from the current minimum of $7.25 an hour (which is, simply, a poverty-level wage), eliminate the tipped minimum wage, which has been stuck at $2.13 since 1991 and disproportionately affects women, guarantee paid sick days for all workers, ensure fair scheduling, increase public subsidies for child care and elder care, improve access to education and training and strengthen collective bargaining rights.

These steps will reduce inequality, reward hard work and create ladders of economic mobility for all workers who currently earn low wages.

READ MORE: How much does it cost to leave the workforce to care for a child? A lot more than you think.

Many women in these jobs enjoy their work and find fulfillment and dignity in their labor. The satisfactions in many jobs are clear: teaching young children, helping the elderly maintain independence, preparing food, making a home clean and orderly. But fulfillment doesn’t put bread on the table. It’s time that women get access to the full array of jobs in our economy and that they get paid what they are worth everywhere they work.

Left: Investing in better wages and benefits for low-wage women workers can only strengthen our economic infrastructure, write Mary Babic of Oxfam and Barbara Gault of the Institute for Women’s Policy Research. It’s time that women get access to the full array of jobs in our economy and that they get paid what they are worth everywhere they work. Photo by Gary Cameron/Reuters

Mary Babic is senior communications officer for the domestic program at Oxfam America. She has written several reports about low-wage workers in the U.S., including "Lives on the Line," "No Relief," "Few Rewards," "Working Poor in America" and "Hard Work, Hard Lives."

Barbara Gault, Ph.D., is the vice president and executive director of the Institute for Women’s Policy Research. Her research has focused on a wide range of issues of importance to women and their families, including poverty, access to education, health, work-life balance and the need for expanded preschool and child care options for working parents.