Extraordinarily dry conditions have fueled the wildfire that recently tore through the western Canadian oil town of Fort McMurray. Residents evacuated as flames destroyed 10 percent of the city and halted the production of 1 million barrels of oil per day. The blaze burned through an area of 1,610 square kilometers, roughly the size of London or Houston. Officials expect the fire could be the most expensive disaster in Canadian history, with a bigger relative cost to the country than Hurricane Katrina was to the U.S.

Meanwhile, across the Pacific, Vietnam is suffering from its worst drought in almost a century. Bad weather has claimed a quarter-million acres of coffee, reducing this year’s production by an estimated 30 percent. The price of robusta coffee beans — of which Vietnam is the world’s biggest producer — has increased 17 percent since February. Coffee growers are facing similar problems from Indonesia to Brazil. The sleep-deprived should take notice: Morning caffeine hits may soon jolt your wallet.

The link between the Vietnamese drought, the Canadian wildfire and African hunger is El Niño, a climate phase during which parts of the Pacific Ocean’s surface warm.

And in Africa, droughts are exacerbating food insecurity for millions. In Zimbabwe, for example, the bad weather has forced millions of people to seek food aid and even prompted the government to sell off its wildlife in a quest to raise funds (and safeguard the animals). In the worst-hit country, Ethiopia, more than 10 million people — many of them children — have faced food shortages.

The link between the Vietnamese drought, the Canadian wildfire and African hunger is El Niño, a climate phase during which parts of the Pacific Ocean’s surface warm. The climate pattern has global reach and affects everything from commodity prices to tourism. Scientists have said the current El Niño, which began in 2015, is one of the worst on record. According to the United Nations, it is responsible for extending food insecurity to 60 million people across Latin America, the Caribbean, Africa and Asia. Eight countries — including Guatemala, Honduras and Zimbabwe — have declared states of emergency.

READ MORE: Are skyscraper races a warning of economic chaos to come?

In addition to food shortfalls, El Niño is causing ecological damage that threatens to hurt tourism. For example, Australia’s Great Barrier Reef has recently suffered bleaching — likely due to El Niño — that may kill off significant stretches of coral. Losing the attraction would be a huge economic blow. According to CNN, the natural wonder brings in $3.9 billion per year in tourist spending and employs 70,000 residents. 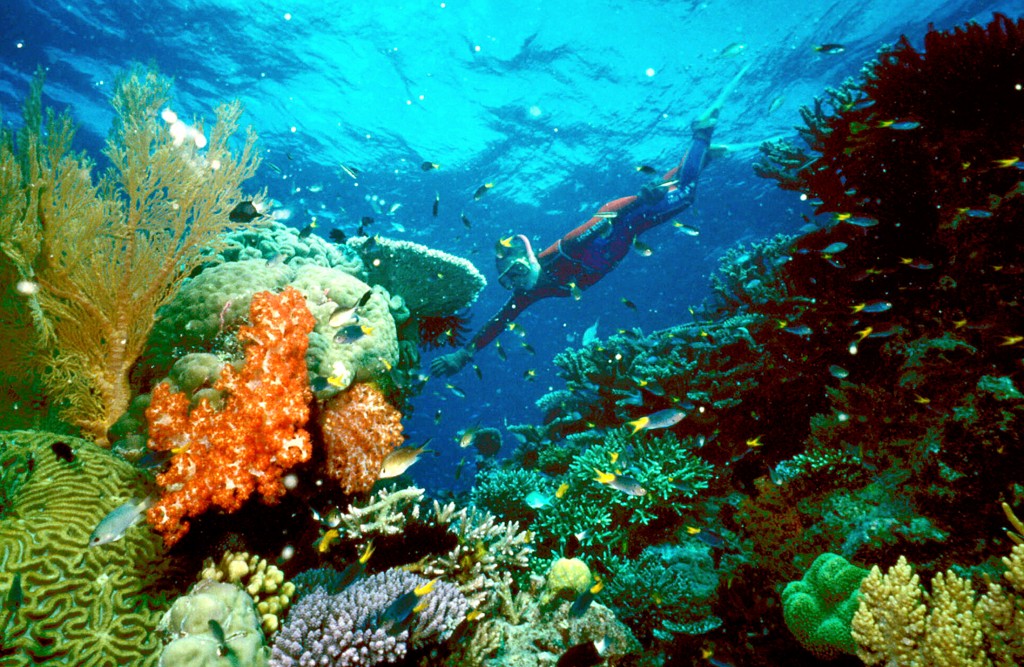 Similarly, the Pacific island nation of Palau is feeling El Niño’s wrath. Jellyfish Lake, where tourists once swam with millions of non-stinging jellyfish, is experiencing the mass death of the ecosystem’s primary resident. By some estimates, the jellyfish population has plunged from 8 million to 300,000. Tourism is the largest part of Palau’s economy, but with little left to see, groups are canceling tours, and scientists blame El Niño.

El Niño likely isn’t the only culprit in these events. Scientists believe that climate change could also be playing a role. For one, some studies suggest that global warming might increase the strength of El Niño itself. And on top of that, climate change may exacerbate its effects.

Scientists expect El Niño to die out over the next few months, but it will have lasting consequences in the form of higher commodity prices.

Scientists expect El Niño to die out over the next few months, but it will have lasting consequences in the form of higher commodity prices. Some believe rice prices could double. Corn futures are up 9 percent, and soybean futures are up 13 percent in the past month. Overall, food prices have ticked up three months in a row after years of declines, and hedge funds are betting on further increases.

In addition to their obvious human costs, food shortages have important geopolitical consequences. Specifically, rising food prices generate social unrest. The Arab Spring, for example, erupted as food prices spiked. And in Syria, a historic drought created food shortage that drove populations from their homes. This dynamic contributed to the country’s civil war, which provided fertile ground for the rise of ISIS.

Fortunately, food prices are not at a level researchers claim make unrest more likely. But forecasters think there is a 50 percent chance that La Niña — El Niño’s “cooler” sister — could emerge later this year. According to the Wall Street Journal, the last time El Niño switched to La Niña in 2010, “wheat futures on the Chicago Board of Trade rallied around 21% and soybeans rose around 39%, while the benchmark sugar contract traded in New York surged 67%.”

El Niño is an important reminder that seemingly disparate headlines — from the Canadian wildfire to coffee shortfalls — can be linked in surprising ways. Keeping our eyes peeled for such connections is crucial for navigating uncertainty in a complex world. In this case, watching weather might just prepare us for the next storm of revolutions.

Left: Smoke and flames from the wildfires erupt behind a car on the highway near Fort McMurray, Alberta, Canada. Photo by Mark Blinch/Reuters