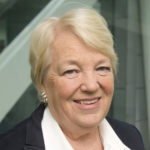 Column: How government data is crucial for everyone’s progress

Policy research that analyzes data through a gender or racial lens is often seen as a niche field of study (with equally niche sources of funding). In reality, research on how policies and experiences affect women differently than men, and affect women of color differently than white women or men of color, has been a critical driver of progress and an effective way to reshape public debate in favor of better policies that improve the lives of everyone, not only women.

With the budget proposal shaping up from the new administration, all of us who depend on data to understand the world we live in must be fiercely vigilant about the implications for data availability and data integrity.

The data that makes this analysis possible are often provided to the public by the federal government, often working with local and state agencies, employers or others to collect data. With the budget proposal shaping up from the new administration, all of us who depend on data to understand the world we live in must be fiercely vigilant about the implications for data availability and data integrity. Cutting the budgets for such agencies as the National Institute of Health and the Department of Agriculture’s Economic Research Service and consolidating the Economics and Statistics Administration, as proposed in the Trump budget, will hurt these statistical agencies — and their ability provide reliable data. (An exception is the Census Bureau, which would see a budget increase by $100 million, although that’s actually far short of what is need to prep for the 2020 Census.)

It’s hard to imagine implementing an effective public policy initiative without the data collected by federal agencies. In the early 1990s, when federal policymakers were considering a national parental and family leave policy, the prevailing assumption was that guaranteeing job-protected (unpaid) leave for new parents, caregivers or employees with a serious illness would be bad for business and, therefore, hurt the economy.

A gendered and race-based analysis conducted by myself and colleagues found that not guaranteeing unpaid family and medical leave would impose greater costs on taxpayers than actually guaranteeing such leave. Women and their families were suffering larger income losses from not having a job to go back to after the birth of a child than it would cost businesses to provide the leave and offer jobs back to returning mothers. Moreover, because African-American women suffered more unemployment while looking for a new job after child birth, they suffered disproportionately more than white women from the absence of job-guaranteed leave.

Now, 24 years later, the Family and Medical Leave Act has become a cornerstone of U.S. employment law and human resource policy, ensuring that women and men have a job to return to if they or their family members have a serious illness or family care need.

Just as climate scientists depend on access to critical data collected by the government to identify problems and possible solutions, so too do social scientists and policy researchers rely on access to government data on everything from workforce trends to rates of breastfeeding among new mothers.

As the country grapples with big policy questions, this kind of research and analysis will be critical to evaluating how well policies work for different groups of Americans. The recent Congressional Budget Office report that estimates the changes in costs and coverage of health insurance if the nation switches from the current Obamacare to the proposed American Health Care Act is an excellent example of the value of our nation’s investment in data collection and analysis.

CBO’s analysis of this major policy change facing the nation can project costs and coverage out 10 years, estimating the likely cost and enrollment changes of different parts of the proposed law and the likely changes in health insurance coverage on individuals of different age groups and income levels.  Their analysis is based on simulation models built over many years and using many different sources of data as well as findings from research studies on how individuals, insurers, employers and others are likely to respond to policy changes. The CBO’s conclusion that 24 million more adults under age 65 would become uninsured by 2026 has changed the terms of the debate.

Crucially, the federal government often collects sufficient data from large enough sample sizes that researchers can tease out differences by gender, race and ethnicity, age, poverty status and other demographic and economic characteristics that allow us to see how different groups are affected by policies or the lack thereof. Access to these data has been critical to gender and racial progress — and will continue to be in the coming years.

While the CBO report did not provide analysis by gender or race and ethnicity, we know that those with family incomes below 200 percent of the federal policy level, a dimension the CBO analyzed, are disproportionately single mothers of color. And to the extent that the proposed caps on federal Medicaid spending force the states to cut back on Medicaid benefits for the elderly in nursing homes, we know from these same data sets that the older people affected will be disproportionately single women, who have outlived their husbands or were never married — the very people who have few other sources of support.

At various times in recent years, Republican members of Congress have proposed cutting the Survey of Income and Program Participation, which provides detail on which benefit programs Americans use, and the American Community Survey, which has a large sample that enables researchers to analyze data on smaller geographic places, such as small cities and counties, and it provides robust samples for state-based analysis.

That is the value of intersectional analysis: Looking at differences between groups of women and men encourages policymakers, the general public and other researchers to ask new questions that may lead to better policy solutions — for everyone.

The American Community Survey is how we can know that the gender wage gap for black women is widest in Louisiana and the gap for Latinas is widest in New Jersey, where both groups of women in these states make less than half of what white men in their state earn. Why the difference? That is the value of intersectional analysis: Looking at differences between groups of women and men encourages policymakers, the general public and other researchers to ask new questions that may lead to better policy solutions — for everyone.

Rather than deriding this kind of research as too niche, it’s time to acknowledge its role as central to any policy discussion. For research to continue pushing progress forward, access to the critical data that make this analysis possible must be preserved.

Left: Delores Leonard walks her daughters Emmarie and Erin to school before heading to work at a McDonald's Restaurant in Chicago, on Sept. 25, 2014. Leonard, a single mother raising two daughters, has been working at McDonald's for seven years and has never made more than minimum wage. Photo by Jim Young/Reuters

Heidi Hartmann, Ph.D., is an economist, MacArthur Fellow and president of the Institute for Women’s Policy Research, a nonprofit research institute in Washington, DC.