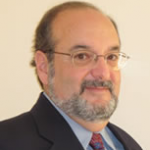 Editor’s note: In yesterday’s Making Sen$e post on the health insurance tax exemption, conservative authors Yevgeniy Feyman and Charles Blahous put forward a familiar economic argument: that the exemption induces us, the people of the United States of America, to buy too much health care — because it’s subsidized. And they challenged liberals by insisting the tax exemption is regressive as well. Today, public policy professor Joe White challenges them by actually doing the math. It shows, he says, that they didn’t do their homework.

You may have been surprised to read in a recent Making Sen$e column, “A tax reform President Trump should like, and you should too,” that health care is so expensive in the United States because Americans have too much insurance. The post explained that because employers contribute to the costs of insurance and because that compensation is treated by the government as untaxed income, people get more insurance than if they just received wages that would then be reduced when taxed. As a result, they argue, Americans are “overinsured,” causing us to be “less cost sensitive when it comes to utilizing expensive but ineffective technologies.”

If you found the argument surprising, because it’s not very sensible, you would be right. After all, people in all other advanced democracies have better health care coverage than ours because their systems require lower cost sharing by patients. For example, they do not have $1,000, $2,000 or $3,000 deductibles before their coverage kicks in. In addition, other countries have universal coverage. Therefore they don’t leave millions of their citizens uninsured.

In 2015, we spent 16.9 percent of our economy on health care, and the next closest country was Switzerland at 12.1 percent.

Instead, in 2015, we spent 16.9 percent of our economy on health care, and the next closest country was Switzerland at 12.1 percent. So how can “excess” insurance be the main cause of our high costs? Because the authors are comparing U.S. spending not to the real world, but to a theory.

Let’s get to the specifics of the authors’ argument, starting with the allegedly excessive insurance. It’s true that in standard microeconomic theory, consumption of any good is affected by taxes. Taxes can raise a price and so reduce consumption. Or tax subsidies can lower the effective price and so create “excess” consumption.

Yet any method of subsidizing insurance, so people can buy more than they would have if they relied entirely on their own income, increases consumption. Medicare and Medicaid, Canadian provinces’ health insurance, the English National Health Service and German sickness funds are all financed in ways that help most people pay for insurance and so for care. The U.S. method of indirect subsidies for some of us via the tax code and through our employers is awkward, but singling it out because it causes “excess” consumption makes no sense. The same argument could be made against any program to help citizens afford medical care.

So why focus on the tax exemption of employer-sponsored insurance as opposed to Medicare, say, or any other government program that makes health care more affordable?

READ MORE: Column: A tax reform President Trump should like, and you should too

One reason is that economists don’t like tax exclusions anyway. They tend to argue that all tax exclusions “distort” economic behavior by changing relative prices, and so they criticize the health insurance tax break, mortgage interest deduction and others.

But the Making Sen$e post by conservative authors Yevgeniy Feyman and Charles Blahous also claimed that “the benefits of the tax preference are regressive … because the value of a tax deduction is proportional to a person’s tax bracket.” This is meant to raise a red flag for liberals, famously in favor of progressive taxation in which the more you earn, the higher the tax rate you pay.

The authors are arguing that a tax break is worth more if the tax you would have paid on the exempted compensation is higher. A person making $135,000 is in a higher tax bracket than a person making $30,000. So the savings on an extra $15,000 worth of health insurance compensation are greater for the person making more.

This is narrowly true, but highly misleading. First, it is entirely a result of the progressive income tax — which in itself is there to help people with lower incomes by, for example, having richer people contribute more to the costs of Medicaid and Medicare Part B. If taxes were not progressive, there would be no “problem.” But the system would certainly not be more “fair.”

Moreover, the claim that the tax exclusion is “regressive” overall is also wrong. In general, economists analyze phenomena by looking at effects on the margin – here, the tax break on the last dollars earned: the extra $15,000 or so worth of tax-exempt medical insurance. But if you look at an individual’s total taxes, the tax exclusion looks progressive, not regressive.

What most economists miss is that health insurance is a much larger share of total compensation for people with lower incomes.

What most economists miss is that health insurance is a much larger share of total compensation for people with lower incomes. As the Institute of Medicine explained back in 1993, following studies by the completely non-partisan Employee Benefit Research Institute, “were the exclusion to be eliminated or capped … lower-income groups would likely find that the resulting increase in taxes constituted a greater percentage of their taxable income.”

The point is, this “share of income effect” can overwhelm the marginal tax rate effect. Consider the same two workers introduced earlier, the one who earns $30,000 in taxable wage income and the one who earns $135,000. I’m assuming each is head of household and they take the same standard deductions reducing their taxable wages. Each gets $15,000 in insurance coverage. If it were taxed, their total taxable compensation would rise to $45,000 and $150,000. The exclusion is a break on fully one third of the first person’s taxable income, but only a modest one tenth of the second’s.

But taxing them both on their health insurance “income” clearly has a much larger proportional effect on the lower earner. Her income tax would go up by a huge 59 percent, from $3,833 to $6,083. The higher earner’s income tax would rise by only 15 percent, from $28,117 to $32,317. That is why a Commonwealth Fund report in 2009 concluded that, “a cap on the tax exemption of health benefits would represent a regressive – not progressive – change in tax policy.”

The claim that the tax exclusion for employer-sponsored insurance is unfair also assumes, with no evidence, that employers would have paid the average cost of insurance as wages to each worker. In my example, that’s an extra $15,000 to each. But that’s clearly false in at least one obvious way: Employers pay more for insurance for workers with families than for single workers, and they don’t do that with wages.

Employers providing equal insurance is encouraged by federal laws that limit ways employers can discriminate among employees when offering coverage, which certainly isn’t true for wages. If employers paid wages instead of insurance, then instead of giving each employee an extra $15,000, they might distribute the new wages the same way they allocated the previous wages — in my example, with more than four times as much going to the higher-income worker.

This would hurt people with less money more than people with more money. And it wouldn’t make any normal person feel health care had become more affordable.

A reasonable guess is that employers would do something in between, favoring the higher wage employees, but perhaps not in proportion to the current wage difference. So lower earners are getting more from the employer, now, before taxes, than if the employer did not sponsor insurance. In short, employer-sponsored insurance with the tax exclusion is a lot more “fair” than the argument about it being “regressive” claims.

But Feyman and Blahous are right about one thing. If the tax exclusion were capped or repealed, as they prefer, employers likely “would reduce the scope of coverage.” So most of us would have even higher deductibles and other cost-sharing arrangements. More conditions or treatments would be excluded from coverage. This would hurt people with less money more than people with more money. And it wouldn’t make any normal person feel health care had become more affordable.