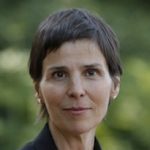 Column: When industrial-scale farming is the sustainable path

Editor’s Note: In her new book “Rancher, Farmer, Fisherman: Conservation Heroes of the American Heartland,” published Sept. 6, Miriam Horn follows five people whose forward-looking practices sometimes defy widely held beliefs about sustainability and farming. Below, Horn pulls from the story of Justin Knopf, a farmer in central Kansas, to show that industrial-scale farming — and yes, even the pesticides that come with it — can be sustainable.

Justin Knopf farms 4,500 acres in central Kansas, producing wheat, soy, sorghum and alfalfa for national and global markets, using synthetic pesticides, fertilizer and GMOs. In some quarters, those facts would suffice to condemn him as a villain of “Big Ag.” But Justin is a conservation hero, showing the way to restore soils and biodiversity, protect clean water and the atmosphere and feed a growing global population without giving over still more of the planet to agriculture — which already covers half of Earth’s ice-free land, uses 70 percent of all fresh water and has greater impacts on biodiversity than any other human enterprise. 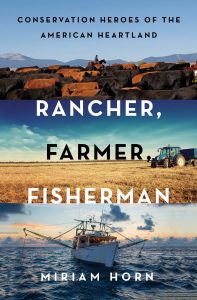 Working with his dad and brother on land homesteaded by his maternal great-grandparents just after the Civil War, Justin grew up hearing how his grandmothers put wet tea towels in windows to try to keep out the black blizzards of the Dust Bowl. Given responsibility for several fields while still in high school, he’d watched his own soils blowing and washing away, weeds running out of control and paltry yields. But it wasn’t until he went off to Kansas State University that he understood a prime cause of that damage: generations of plowing.

Though few landscapes appear more beautiful, fertile and orderly than the straight, black, fragrant furrows of a newly tilled field, plowing is unnatural and, in many climates and soils, one of the most destructive things a farmer can do. Plowing strips soil bare, exposing it to erosion by rain and wind. It collapses soil structure — closing off the water channels left by deep roots and worms — and harms life in the soil, which though it may appear dead is in fact Earth’s most biodiverse ecosystem, containing a third of all organisms. Those thousands of microbial species are critical to human survival. They sustain photosynthesis, which all food and oxygen come from, by ferrying nutrients to plants and protecting them from pathogens. They decompose wastes, turning corpses of plants and animals back into new life. They’re also directly vital to human health, the source of 90 percent of antibiotics and 60 percent of anticancer drugs.

But plowing scrambles soil communities, separating and disordering symbiotic partners. Turning crop residues under disorders them further: crowding out valuable fungi by overstimulating bacterial growth. Those bacteria eat the soil carbon and breathe it into the atmosphere, turning it from essential nutrient to destructive greenhouse gas.

READ MORE: Why growing lettuce in New York City is a growing business

So Justin gave up tilling and persuaded his dad and brother to “no-till” too. For 20 years, mimicking the surrounding prairie, they’ve left their soils undisturbed and littered with a protective mat of stalks, husks and leaves. They’ve also applied the innovations of “precision agriculture” to minimize added nitrogen and introduced ever more diversity: planting mixed “cover crops” (which they never harvest, but leave to shelter and nourish the soil), intensifying their rotations and beginning to add buffers at field edges of flowers and milkweed for pollinators. Undisturbed soil stores carbon rather than releasing it into the atmosphere. Careful nitrogen use prevents release into the atmosphere of nitrous oxide, another powerful greenhouse gas, and harmful run-off into rivers, lakes and coastal waters. And diverse plantings support diversity both above ground — of grassland birds, beneficial insects and prairie mammals — and below, where a complex web of microbes depend on one another not only for survival, but also to provide together functions like immunity to crops that none can provide alone.

Plowing is unnatural and, in many climates and soils, one of the most destructive things a farmer can do.

And here’s where the simple verities about good versus bad farming turn out to be neither simple nor always true. Justin uses his residues, cover crops and rotations as his first line of defense against pests: preventing weeds from gaining a foothold and confusing insects. But he still needs to “burn down” those cover crops to enable planting and to beat back tenacious weeds. For both, he turns to Roundup, an infamous synthetic herbicide.

The concerns about Roundup — and the crops engineered to resist it — are well-founded: the combination has been wildly overused, enabling vast monocultures and breeding resistant weeds. Most organic farmers make the opposite choice: avoiding chemical herbicides by tilling. But most soil microbiologists believe that causes greater ecological harm. “If you till to avoid herbicides, you do massive damage to soil microbiology,” says Justin’s mentor, Kansas State soil microbiologist Charles Rice. If herbicide, used judiciously, “allows you to leave the soil intact, it is a net environmental positive. We have fields that have been in continuous no-till for 22 years, using herbicides, with ever more microbial diversity and life.”

That flowering is evident in Justin’s soils. His fields are increasingly (like the prairie) self-contained: holding soil, water and nutrients in place and building organic matter, fertility and biodiversity where it counts the most: underground. Among those who regularly track his progress is Dr. Ray Ward, a legendary soil scientist who runs a private testing lab in Nebraska. Ward has charted a steady microbial renaissance in Justin’s soils: in total mass, diversity and vigor. Justin’s soil carbon, depleted to near zero by generations of plowing, is now more than halfway to the 4 percent carbon levels in native prairie soils. With another decade or two of no-till, says Rice, Justin will close that gap.

Justin is also, crucially, maximizing the nutrition produced per every acre, drop of water and pound of greenhouse gas emitted, as anyone who displaces native species has an obligation to do. No matter how ecologically sensitive a farm might be, growing crops where there was once prairie or hardwood forest unavoidably comes at the cost of species that once lived there and of the “services” those ecosystems performed, like cleaning water and air.

High-yield farms, like cities, concentrate that human footprint. Low-yield farms, like suburbs, exact a far-flung, profligate price. Many small and organic farmers do maximize productivity, especially those that layer crops and integrate animals. But every farmer and even backyard gardener needs to ensure that whatever bit of forest or meadow they’ve sacrificed is well repaid in nutritious food.  And for crops like wheat, it will almost certainly make sense to concentrate production in regions like the American Midwest, where the grain’s close kinship to indigenous prairie grasses means that in can live in harmony with (rather than disrupt) the native ecology. It is because Justin grows grasses in a grassland that he can — through that intensive production — rebuild his soils and nurture several thousand species of co-inhabitants.

READ MORE: Why Kentucky farmers are quitting tobacco and turning to an unlikely new crop

There are, in short, no simple, perfect, universal answers. Agriculture can’t be formulaic or dogmatic because, as Justin says, “diverse ecosystems require diverse practices.” He sees, for instance, “crops and geographies and family circumstances where no-till is not the right solution,” including in very cool and poorly drained soils where under thick residues the soil can never dry or warm enough to germinate seeds.

Big, heartland, mainstream production is where meaningful change will have to happen if sustainability is to become business as usual.

Instead, there are only the best (and provisional) imperfect ways, which can be arrived at only by facing the trade-offs head-on. Consumers also need more meaningful measures like: how does the biodiversity and carbon content in this farmer’s soil measure up against the native landscape? Whole Foods is trying to move toward such measures; by 2018, they will classify produce as good, better or best based on soil health, water conservation, biodiversity and greenhouse gas emissions. Wal-Mart, too, the nation’s largest grocer, has asked its suppliers to source grains from farmers using practices like Justin’s to reduce their greenhouse gas emissions. Applying such measures will undoubtedly spur still more diversity — of farm size, practices and markets, including farm to table.

But big, heartland, mainstream production is where meaningful change will have to happen if sustainability is to become business as usual, transforming not only niche markets, but the entire food supply chain as well. And it’s where meaningful change is happening. Justin is not an outlier, but part of a large and growing movement across the heartland states: not just to minimize the damage done by large-scale food production, but to use big, intensified agriculture as itself a path to restoring soil life and a stable climate.

Left: There's a large and growing movement across the heartland states to use big, intensified agriculture as a path to restoring soil life and a stable climate, writes Miriam Horn, author of "Rancher, Farmer, Fisherman." Photo by Carlos Barria/Reuters

Miriam Horn is the author of "Rancher, Farmer, Fisherman: Conservation Heroes of the American Heartland." She is the author of two previous books, including the New York Times best-selling "Earth: The Sequel." She works at the Environmental Defense Fund and divides her time between New York City and rural Colorado. Horn previously worked for the U.S. Forest Service and spent 15 years writing for numerous newspapers and magazines, including the New York Times, U.S. News and World Report, Smithsonian and Vanity Fair.