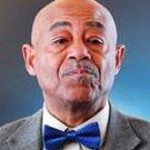 I once debated Charles Murray in Chicago. He was a courteous and charming conversationalist, but despite our cordiality, a mental disconnect prevented us from engaging in meaningful dialogue. Our minds processed information so differently there was barely any common ground on which to meet.

Now, my favorite conservative gadfly is raising news again. Apparently, tens of thousands of curious online readers have taken his Bubble Quiz. This is a survey purported to measure if you are culturally isolated from “mainstream” white Americans. Interest in the survey has resurrected interest in Murray’s 2012 book, “Coming Apart,” where the survey originated.

First, some context. Since about 1970, whites without a college degree have experienced falling marital rates, increasing divorce rates and mushrooming rates of children born outside of marriage. And this has accompanied an explosive rise in joblessness among white males. It’s not a surprise to me that falling wages and poor workplace conditions result in falling employment and earnings that in turn make marriage and intact families more difficult to sustain.

For Murray, deindustrialization due to globalization, and labor displacing technological change, are merely tests of character that America’s working classes have failed.

But then I am an economist. In contrast, Murray is baffled to observe that a collapse in pay and conditions of work led to a decline in white men’s commitment to that work. He writes, “insofar as men need to work to survive — an important proviso — falling hourly income does not discourage work.” Thus, he argues, what America faces is primarily a crisis of values. For Murray, deindustrialization due to globalization, and labor displacing technological change, are merely tests of character that America’s working classes have failed. Never mind that the economic foundation of working men’s and women’s cultural world has been ripped apart for several decades. All that matters in explaining behavior is morals and character, so jolly ho, and keep a stiff upper lip.

How does he get here, and what has the bubble quiz to do with it?

“Coming Apart,” is a double-edged metaphor. Murray agrees with many commentators that America’s social fabric is tearing from the strain of deepening class division, as evidenced by the explosive growth in incomes of a college-educated meritocracy even while incomes decline for the non-college educated. This phenomenon has created a dangerous gulf in these groups’ cultural lifestyles. For Murray, the most disturbing aspect of a rising class cleavage is that declining marriage rates and increases in male joblessness show the white working class has fallen apart.

Murray’s ground-shaking explanation for the widening schisms in income and cultural milieu is the role of IQ in an increasingly complex world. High-IQ meritocrats live the good life because they practice the virtues of marriage, industry, honesty and religion, he writes. (Murray apparently slept through the negligence and fraudulent behavior of the finance sector that led to the Great Recession.) The “white” working class, burdened with low cognitive endowments and confused by the leftist-inspired sexual revolution and welfare state, succumb to poor behavioral choices. Failing to form stable marriages, work patterns, and habits of thrift, he in effect says they fall victim to St. Paul’s injunction against feeding the idle.

Deprived of instruction from their DNA betters, the “white” working classes are floundering within a cognitive abyss unmoored to the values that made America great.

For the coauthor of “The Bell Curve,” IQ is genetic destiny, so contemporary classes increasingly contain people born into the class in which they die. Thus, societal leaders (overwhelmingly meritocrats), tuned out from “mainstream” life, fail to proselytize their values to the broader society. They make political, business and civic decisions based on life inside their insulated elitist bubble, Murray writes. Deprived of instruction from their DNA betters, the “white” working classes are floundering within a cognitive abyss unmoored to the values that made America great.

The bubble quiz invites meritocrats to ascertain the extent to which they are isolated from Murray’s parochial idea of the “mainstream.” Numerous comments have noted the biased image of the “mainstream” implicit in a quiz that (reminiscent of Sarah Palin’s identification of “real America” as factory workers in small towns) so obviously weights rural white people higher than city dwellers.

However, Murray’s problem is far more egregious than constructing a biased survey. He writes, “’The American mainstream’ may be hard to specify in detail, but it exists.” Well actually, it doesn’t. There are a great many ways to group and classify Americans. “Mainstream” is a convenient metaphor useful for making statements about people and American life in general, so long as those understood to be included in our meaning are broad enough to not leave obvious members of the national “we” outside the “mainstream.” Since no one can be experientially conversant with all these different patterns of American life, even taking Murray’s argument on its own grounds, we could at most ask meritocrats to be aware of the general trends and conditions of American life. One important grouping within this metaphorical “mainstream” is certainly the implied one in Murray’s quiz: white noncollege-educated Nascar fans who smoke cigarettes, drink inexpensive domestic beer, drive pickup trucks, celebrate military service and live in small towns. This encompasses a lot of people, but simply isn’t most Americans, or even most working-class Americans.

Murray focuses on this group, because he is writing about “white exceptionalism.” People of color figure prominently in his analysis only in so far as their struggle for a place in the “mainstream” destroyed American values vitiating individualism in favor of group rights,\ and work in favor of public largesse. Most people of color, (and particularly, black people) being cognitively inferior, were always incapable of making proper behavioral choices, Murray says. Lack of moral vigor always explained their omission from the “mainstream.”

So, one way of summing up Murray’s recent writing is: The white working classes are in free fall toward the historical life conditions of most of America’s people of color.

So, one way of summing up Murray’s recent writing is: The white working classes are in free fall toward the historical life conditions of most of America’s people of color. When these arguments were only applied to people of color, they gained great salience among commentators and policymakers who preferred “blaming the victims” to searching for failures in our institutions.

Murray’s three major books on, respectively, the welfare system, IQ, and this latest, are remarkably consistent. He believes the nation faces a crisis because liberal policies of the ‘60s have left a demoralized lumpen proletariat composed of people of color and whites who are too stupid to negotiate modern life. If this is what many conservatives believe (and who doubts it, since many are trumpeting Murray’s argument), then it goes a long way toward explaining their sustained attack on unions, minimum wages, social safety net programs and support for right-to-work laws, etc. Many conservatives who think like Murray appear to believe America does not need a middle class, just obedient workers willing to behave and conform to 19th century norms. Will 19th century liberalism work in a 21st century world? Moreover, can we really explain all those angry whites flocking to Donald Trump’s campaign on the basis of Murray’s arguments about declining American values? Many conservatives touting Murray for exactly this point seem to be saying so. However, despite Donald Trump’s demagoguery, he is not telling white voters they are stupid. Nor is he saying they should stop complaining and behave. Likely, working classes of all demographic groups are a lot smarter than elitists like Murray think.

Gerald D. Jaynes is a professor of economics and of African American studies at Yale University. He is recognized as an expert on race relations and the economic conditions of African Americans. He is the author of numerous books, including “A Common Destiny: Blacks and American Society,” “Branches Without Roots: Genesis of the Black Working Class in the American South,” “Immigration and Race: New Challenges for American Democracy” and “The Encyclopedia of African American Society.” Jaynes is currently engaged with book projects examining the effects of economic decline on the social and cultural conditions and identities of working class Americans.