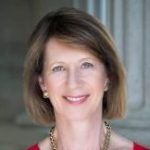 A report by the National Employment Law Project estimates that American workers will gain $62 billion in wage increases due to state and local minimum wage increases advocated by the Fight for $15 movement. Where did it get that number?

Although calls and emails to NELP to get the methodology behind its figures went unanswered, it’s clear that the study made a number of assumptions. NELP states in the report that, “Total income increase estimates [were] derived by multiplying the number of workers affected, by the per-worker income increase at the end of the phase-in period.”

In other words, NELP estimated the number of workers at different wage levels in areas that passed minimum wage increases, calculated the difference in their former incomes and new incomes under the new minimum wage when that wage was completely phased in and added those increases to get to $62 billion.

READ MORE: Column: Fight for $15 has brought $62 billion in raises and counting to underpaid workers

NELP assumed that the increase in these wages comes only from increasing the minimum wage — not from any increase in experience or skill — and that no workers were laid off or replaced after the higher minimum wage passed.

Clearly, none of these assumptions hold water.

Only 1.8 percent of American workers earned the federal minimum wage or below in 2015.

Wages increase over time without minimum wage laws. Only 1.8 percent of American workers earned the federal minimum wage or below in 2015. This is because employers have to offer above minimum wage pay to retain talented workers. Those who start at the minimum wage generally find that their pay increases.

When employers are required to pay more, they choose workers with more skills and combine them with technology, such as digital ordering. As a result, low-skill workers lose their jobs.

A National Bureau of Economic Research paper by economists Jeffrey Clemens and Michael Wither of the University of California-San Diego documents this. The authors found that increases in the minimum wage were responsible for 14 percent of the decline in the share of the working-age population employed between 2006 and 2012. Minimum wage increases significantly reduced the probability of low-skill workers reaching the middle class.

In addition to reducing employment, the binding minimum wage increase makes it more likely that people work without pay — such as in unpaid internships.

People might respond to pollsters saying that they favor raising the minimum wage, but they are rarely willing to pay more for services when prices rise. Increasing the minimum wage reduces both the likelihood of employment and average income. The research should be a warning to those who seek to conjure miraculous cures for poverty by artificially raising wages. It sounds compassionate to alleviate poverty by mandating an increase in wages, but employers won’t necessarily cooperate. Instead, they’ll only hire those workers who can produce $15 per hour — that is, higher-skilled workers — and they’ll hire fewer workers than they hire today.

In short, raising the minimum wage to $15 an hour makes a good soundbite, but the people who will be hurt are those who are least able to look after themselves.

Denying work opportunities to those whose skills don’t add up to $15 per hour is not compassionate; it’s manifestly unfair. The government would be essentially mandating that workers below a given level of skill have no right to work.

These low-skill workers include many who need to get their foot on the bottom rung of the career ladder, such as teenagers getting their first jobs and people with poor job histories. Today’s minimum wage teenage waiters are gaining the job skills to become tomorrow’s professionals. Almost all of us remember the minimum wage jobs we had in our youth. And data show that the majority of minimum wage workers move onto better jobs within a year.

READ MORE: Column: Why a $15 minimum wage should scare us

With the U.S. unemployment rate at 4.9 percent, most U.S. employers have to pay more than the minimum wage just to attract workers. Over 142 million workers are now earning above minimum wage — not because of government regulation, but because that is the only way that firms can attract employees.

In short, raising the minimum wage to $15 an hour makes a good soundbite, but the people who will be hurt are those who are least able to look after themselves.

“Diana Furchtgott-Roth’s claim that our report merely calculates differences in income is incorrect. In fact, our methodology relies on impact analyses conducted for California and New York that take into account the degree to which wages are expected to grow absent a minimum wage increase and estimate the additional impact that new minimum wage laws will have in boosting wages further.

“Ms. Furchtgott-Roth cites a study by economists Jeffrey Clemens and Michael Wither as evidence that raising the minimum wage reduces employment, particularly among teens and low-skilled workers. She fails to point out, however, that this study has been criticized for its biases and faulty methodology.

“The fact is that the bulk of credible research on the minimum wage — such as a new study by the President’s Council of Economic Advisors (on which Ms. Furchtgott-Roth used to serve), meta-studies that aggregate data from over four decades of minimum wage research and a University of California study on teen workers — show that minimum wage increases boost incomes significantly without discernible impacts on employment levels or hours worked for affected workers, including low-skilled and teen workers.”

Diana Furchtgott-Roth is a senior fellow at the Manhattan Institute and a columnist for MarketWatch.com and Tax Notes. Furchtgott-Roth also currently serves on the transition team for President-elect Donald J. Trump. From 2003 to 2005, she was chief economist of the U.S. Department of Labor. Furchtgott-Roth also served as chief of staff of President George W. Bush’s Council of Economic Advisers from 2001 to 2002.