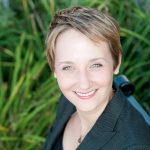 Column: How much do the poor actually pay in taxes? Probably more than you think.

Editor’s Note: Makers versus takers. It’s the cliche dividing line between those of us who contribute to the economy and those who supposedly leach off it. The assumption is simple and stark. The former pay taxes; the latter don’t, and live off those who do.

But it turns out that even the poorest among us pay a high proportion of their income in taxes. Vanessa Williamson of the Brookings Institution, an economic think tank, decided to study the data, and has now written “Read My Lips: Why Americans Are Proud to Pay Taxes,” a book full of surprises about who pays taxes and how much they pay. The following piece highlights the greatest surprise of all.

Quick, think of a taxpayer.

Did you imagine a middle-class person puzzling over their income tax returns? Or maybe a homeowner looking at their property tax assessment? If you are like most Americans, you probably did not think of a mother putting gas in the tank of the family car or a retail worker having wages withheld for Social Security and Medicare. Because people in the United States associate taxpaying with the income tax, they underestimate the costs of the many other taxes they pay — especially the payroll taxes, sales taxes and gas taxes that fall heavily on lower-income people. In reality, low-income Americans pay a lot in taxes, and their role in paying for schools, roads and other public services largely go unrecognized.

Low-income Americans pay a lot in taxes, and their role in paying for schools, roads and other public services largely go unrecognized.

All told, those in the bottom fifth of earners pay almost a fifth of their income in taxes. According to the Institute on Taxation and Economic Policy, the lowest-income quintile — those making less than $19,000 a year — pay almost 11 percent of their income in state and local taxes. Working people, even if they don’t make enough money to pay federal income tax, also pay payroll taxes that contribute to Social Security and Medicare. And anyone who drives a car pays gas taxes. The old cliché really does hold true — the only thing as inevitable as death are taxes.

One fifth of one’s income would be a lot for anyone. But for a low-income family struggling to get by, those costs really add up. “When I go to the store, I’m pinching pennies all the time because we never have enough food and everything,” said one woman in Ohio when I asked about the sales tax. If one’s fiscal contributions are measured in the hardship they impose, the poor are paying dearly.

READ MORE: Column: Why we need to rewrite our tax code from scratch

Taking into account all taxes, almost every adult in the United States qualifies as a taxpayer. Overall, the tax system is moderately progressive; rich people pay a higher percentage than poor people, but almost everyone pays substantial amounts. At the very, very top of the income spectrum, however, taxes stop being progressive. Once you reach the top 0.1 percent, effective tax rates actually start going down. Each of the top 1,300 richest households in America made more than $62 million in 2012, but they pay a lower percentage in federal income taxes than upper-middle-class people. Still, almost every person — excluding multinational corporate “persons” — pays a substantial amount of their income into government coffers.

The truth is, unauthorized immigrants pay approximately 8 percent of their income in state and local taxes, a higher percentage than wealthier people pay.

Why does it matter that poor people and immigrants are recognized as taxpayers? Because Americans see taxpaying as a civic responsibility, an important part of the responsibilities of upstanding people to the country they live in. When some taxpayers are denied credit for their contributions, it has the effect of denying their political standing. It calls into question the right of poorer people to receive public benefits and leaves recipients of social spending bearing a tremendous stigma. You may remember the words of GOP presidential candidate Mitt Romney, who claimed that the 47 percent of households that do not owe net income taxes are “dependent upon government” and unwilling to “take personal responsibility and care for their lives.” With their eyes on the income tax, many people — and particularly conservatives — express anger at the benefits the poor receive, which appear to them unearned.

The truth is far different. Lower-income people and undocumented immigrants are paying substantial portions of their income in taxes. So the next time you hear a politician talking about their responsibilities to “the taxpayers,” remember all the people who have earned that title.

READ MORE: An argument for how Trump’s tax plan could exacerbate inequality

Left: A homeless woman sits on a bench few blocks away from the White House in downtown Washington, D.C. Photo by Carlos Barria/Reuters

Vanessa Williamson is a fellow in governance studies at the Brookings Institution and the author of "Read My Lips: Why Americans are Proud to Pay Taxes."