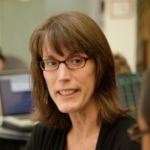 Column: We need to fix the social safety net, not shame those who need it

Editor’s Note: Kristin S. Seefeldt is an assistant professor in the Schools of Social Work and Public Policy at the University of Michigan and the author of “Abandoned Families: Social Isolation in the 21st Century.” Seefeldt spent six years interviewing low-income women in the Detroit metro area who have faced underemployment and unemployment, economic and residential segregation and barriers to accessing help. Below, Seefeldt lays out the argument for fixing our social safety net and dispels beliefs that those accessing it are “dependent” on welfare.

Despite President Trump’s promises to bring jobs back to the United States, some Americans will continue to be unemployed, some will lose jobs in the future, while others will earn wages too low to support their families. The social safety net, comprised of various programs such as unemployment insurance and food stamps, is intended to ensure that families are able to meet their basic needs during periods of unemployment and underemployment. At the same time, the safety net is perpetually under attack, in part due to beliefs that those who use it are “dependent” and “abusing” the system.

However, for many, in particular women working low-wage jobs, the safety net is so frayed that rather than being “dependent” on it, they struggle to even access it. In interviewing such women for my new book, “Abandoned Families: Social Isolation in the 21st Century,” I found that programs that are supposed to help during tough times could not always be counted upon. Obtaining benefits often entailed fighting with lawyers, employers and bureaucrats. Welfare caseworkers repeatedly made mistakes that caused disruptions to benefits that had been difficult to obtain in the first place. Delays in receiving benefits — or not receiving benefits at all — contributed to a great deal of hardship for these women and their families.

However, for many, in particular women working low-wage jobs, the safety net is so frayed that rather than being “dependent” on it, they struggle to even access it.

Consider the situations faced by Tamara and Sharon, both single mothers who lost their jobs. Tamara was injured at her job at an assisted living facility, most likely because she frequently lifted immobile patients. Since her employer did not have other work that she could do, she applied for unemployment insurance, the federal-state program that partially replaces wages of those who lose jobs through no fault of their own. Sharon also applied for unemployment insurance when she was laid her off from her accounting position. Both women were initially denied benefits, because their employers contested their filings.

Why would an employer do this? The unemployment insurance program is funded in part by taxes paid by employers on behalf of their employees. The tax rates are determined by an employer’s “experience rating,” meaning that the more the more claims have been paid out to its former workers, the more the employer pays in taxes. Employers thus have an incentive to keep their experience rating as low as possible. One way to do that is to never lay off any workers. Another way is to fight the claims of workers who try to obtain unemployment benefits.

READ MORE: Income is up, poverty is down, but neither are back at pre-recession levels

Tamara eventually received her benefits, but not before having her car repossessed and having her electricity nearly turned off, because she went months without any income. Sharon’s case took more than six months to be resolved in her favor; in the meantime, she accrued large amounts of credit card debt, using her cards to pay everything from her mortgage to her groceries.

Rhonda, a single mother of four, lost a home health care job. Her job had paid so little and her hours were so irregular that she qualified for aid through the Supplemental Nutrition Assistance Program, more commonly known as food stamps. Once she was unemployed, her benefits should have increased to account for the loss of earnings. Instead, her food stamps actually stopped. Rhonda notified her caseworker, who assured her that the mistake would be corrected, but the next month she still had no benefits. Rhonda said that she repeatedly called the welfare office, but the caseworker never returned any of her calls. Rhonda eventually got in touch with a supervisor in the welfare office, and her benefits resumed, but then stopped again the following month. Her caseworker claimed that the problem was caused by a “glitch” in the state’s computer system, and she was unable to fix it.

A safety net is only useful if people can access its benefits. Our current one is fraying and letting too many people fall through the cracks.

Tamara, Sharon and Rhonda’s experiences were not unique. Long waits to receive benefits were common place among the women I interviewed. Another woman I interviewed, Nichelle, once waited for more than a year to be approved for food stamps and Medicaid; welfare caseworkers lost her paperwork over and over again. While relatives fed Nichelle’s children, she often went without meals. The proportion of unemployment insurance claims that are contested has risen in the past 20 years, and some employers hire firms that specialize in fighting cases of laid off workers’ who file for unemployment insurance.

We do not yet know the Trump administration’s plans for safety net reform, although advisers have signaled support for block granting Medicaid — that is, providing a fixed sum of money to states that does not change based on need for the program. House Speaker Paul Ryan has previously proposed a similar funding structure for SNAP. Because block grants are fixed, states may have less money to spend on programs and their administration if more people than expected apply for and use the programs, making it unlikely that we would see investments in improving staffing levels and management systems that could reduce the types of delays these women experienced.

Additionally, rhetoric about changing recipients’ behaviors — instituting time limits on receipt of assistance and other requirements to move people off of safety net programs so that they do not become “dependent” — is the dominant discourse. For the women I interviewed, dependency was not an issue; they struggled to simply obtain benefits in the first place. Reform efforts might instead target the performance of caseworkers and provide money to states to modernize computer systems so that paperwork is not “lost.” The funding structure of the unemployment insurance system also needs to be addressed, so that employers do not have an incentive to challenge the claims of the people they have laid off.

A safety net is only useful if people can access its benefits. Our current one is fraying and letting too many people fall through the cracks.

Left: A safety net is only useful if people can access its benefits. Our current one is fraying and letting too many people fall through the cracks, writes Kristin Seefeldt of the University of Michigan. Photo by Shannon Stapleton/Reuters

Kristin S. Seefeldt is an assistant professor in the Schools of Social Work and Public Policy at the University of Michigan and the author of "Abandoned Families: Social Isolation in the 21st Century."