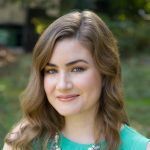 Column: Why you need to get financially naked with your partner

He cast his eyes down and exhaled slowly. I could feel the nervousness emanating from his body as his leg twitched and he drummed his fingers on the table. My foot kept tapping the bar stool as I sensed our moment of truth had finally arrived. After several years of being together, it was time to get naked for the first time – financially naked.

Peach steadied himself, looked me square in the eye and told me his number.

Finding out your partner’s number

For other generations, “the number” may refer to bedfellows, but millennials have a new type of number to be concerned with: the debt number.

A vast majority of our generation carries some form of debt. It’s likely that even those of us who were fortunate enough to escape the clutches of student loans will eventually be yoked to them in marriage.

I made my college decision based on the desire to graduate debt free, but I’d fallen in love with someone without the privilege to do the same.

For other generations, “the number” may refer to bedfellows, but millennials have a new type of number to be concerned with: the debt number.

Peach and I casually chatted about money early on in our relationship, but it wasn’t until we realized marriage could be a possibility that I asked him to share his number. As a type-A personality, I wasn’t willing to discuss engagement or marriage without knowing the financial situation in which I’d find myself after the “I dos.”

Student loan debt is not a deal breaker to me, but credit card debt is a red flag and major cause for concern.

Fortunately, Peach never tussled with consumer debt, but merely took out loans in order to finance his undergraduate education. He managed to pay for his graduate degree out of pocket by working full time. It was a decision that kept us long distance for nearly four years of our seven-year relationship, but a sacrifice worth making to save him tens of thousands of dollars.

When Peach disclosed his debt burden, I in turn shared my net worth — a number very few people know. I believed it was unfair to ask him to strip down in front of me, while I got to stay bundled up in the comfort of being debt free.

There are plenty of personal finance enthusiasts who believe in complete transparency, that you should share your income, how much you pay for rent, what your investment portfolio looks like. We need to talk about money after all. While I agree it’s imperative money becomes less taboo, I also don’t feel a need to shout my net worth from the digital rooftop. Because I’m not transparent about my net worth, sharing it with Peach was an intimate moment for the two of us that showed him how much I trust and love him.

It also opened up the conversation for how each of us believes money should be handled in marriage.

What’s yours is mine — seriously

Sharing our numbers didn’t mean we suddenly swapped ATM pins and ran to get a joint bank account. Instead, it provided a foundation in which we could create hypothetical scenarios about how to handle money if we decided to get married (an important conversation to a have after seven years of dating).

Peach immediately became defensive and stated that he would be taking care of his debt. A gesture I appreciated, but I retorted wasn’t fair to a marital ledger. Why should he exclusively carry the burden of debt repayment, when our financial decisions before and after marriage would impact each other? We could combine forces and get rid of his debt in a relatively quick time.

Love might make us blind, but that isn’t a passable excuse to lenders, bankers and credit bureaus.

This isn’t to say all married couples should have joint banking accounts. There are arguments for and against — and each couple must figure out the best way to merge money. But handling debt should absolutely be a team effort. Otherwise, it can quickly become a breeding ground for resentment.

Our current hypothetical strategy would be for two of us to live off my salary, while Peach’s salary would be used almost exclusively to pay down his debt (save for making contributions to an emergency fund and retirement account). This way, Peach retains ownership over his debt by making all the payments with money he earns, but I also feel part of the team by financially supporting our day-to-day expenses. Plus, I’d prefer he not waste money on an engagement ring, which frees up a chunk to go towards debt repayment.

Early discussions save (or doom) relationships

Our early debt conversation made it easy for the two of us to be transparent in other money conversations. It also helped us develop a team mindset about finances before being legally tied to each other. We’re open to chatting about money now, because we were willing to have slightly awkward and uncomfortable conversations early. These conversations can also help people determine if a partner is actually a good fit. Finances are a leading cause of contention in relationships. So, why enter a marriage if you can’t have honest discussions with your partner or see major red flags like credit card abuse, routinely missing payments or refusing to deal with existing debt? Love might make us blind, but that isn’t a passable excuse to lenders, bankers and credit bureaus.

This column originally ran on BrokeMillennial.com. For more on getting financially naked with your partner, paying rent to your ‘rents, building credit and how to handle student loans without having a full-on panic attack, read Erin Lowry’s new book, “Broke Millennial: Stop Scraping By and Get Your Financial Life Together.”

Left: For other generations “the number” may refer to bedfellows, but millennials have a new type of number to be concerned with: the debt number, writes Erin Lowry, author of “Broke Millennial: Stop Scraping By and Get Your Financial Life Together.” Photo by Carlo Allegri/Reuters

Erin Lowry is a millennial money expert, speaker and author of "Broke Millennial: Stop Scraping By and Get Your Financial Life Together."