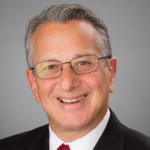 Column: Do we need librarians now that we have the internet?

Observe librarians, and you’ll learn quite a bit about 21st century physicians. Digital technologies are hurling both professions into disintermediated worlds where they are no longer sole providers of vital services. Both must change their skills year by year and prove their value day by day. Both must choose whether the change is liberating or suffocating.

My wife, Alanna, recently retired after 40 years as a librarian. Her job changed radically during those years. When she began, librarians were monopolists who gathered, organized and dispensed precious resources to a dependent clientele. At Columbia University, where she worked when we met, students couldn’t survive without rapid access to the contents of the cavernous stacks. Librarians were gatekeepers who determined when a given student could possess essential resources. They issued fines and sanctions for those violating the rules.

READ MORE: Why we believe what we read on the internet

Alanna had the desire and luck to shepherd multiple libraries into the digital age. At Columbia, she helped oversee the shift to online catalogs. Miraculously, students and scholars could then navigate library resources without asking faces behind the counter. As years passed, the internet further eroded aspects of the traditional library. Alanna played key roles in transporting a Fortune 500 company, a suburban public library and two high schools into this new era.

Her final project was overseeing the design and construction of a high school library, to be used in ways unimaginable when her career began. As the project started, my brother Arnold — an emergency room physician — casually asked, “Why do we need libraries now that we have the internet?”

Alanna responded, “Why do we need doctors now that there are computers?”

Pondering that two-sentence exchange, she concluded: For centuries, the librarian’s job was providing scarce information to dependent patrons. Now, the job is helping patrons navigate superabundant information of wildly varying quality and uncertain provenance. The new job, unlike the old, requires marketing — librarians must persuade patrons that a navigator is worth the time and trouble. For better or worse, the digital age forces experts to make the case that a Google search doesn’t replace the librarian, and WebMD doesn’t replace the doctor.

READ MORE: The new librarian of Congress on the value of ‘free information’

Alanna found this evolution exhilarating. Some librarians hate it. Some are frightened of it. And others don’t grasp its sweep.

At the turn of this millennium, a close friend, Rich Schieken, retired after a 40-year career as a pediatric cardiologist and medical school professor. He told me that he was sort of glad to be stepping down.

Rich’s answer went something like this: “I do love it, but my world has changed. When I began, parents brought their sick and dying children to me. I said, ‘This is what we’ll do,’ and they said, ‘Yes, doctor.’ Nowadays, they bring 300 pages of internet printouts. When I offer a prognosis and suggest treatment, they point to the papers and ask, ‘Why not do this or this or that?’” He added, “Don’t get me wrong. This new world is better than the old one. It’s just quite a bit to get used to.”

Cardiologist Eric Topol writes extensively about how converging technologies are democratizing medicine. With inexpensive smartphone apps, patients can check their children’s ears for infections, differentiate between bronchitis and pneumonia, and perform myriad other services that were once the exclusive domain of physicians. A patient with atrial fibrillation can use a smartphone and a tiny AliveCor peripheral to take an electrocardiogram in 30 seconds. (I have one on my own iPhone.)

Ponder this for a moment: Topol argues that the smartphone will soon be the most important device in medical history and that, relieved of rote tasks, physicians will be free to use their minds and talents where they are truly indispensable.

Alan Greene, chief medical officer of diagnostic device startup Scanadu, said of IBM’s Watson supercomputer: “I believe something like Watson will soon be the world’s best diagnostician—whether machine or human. At the rate [artificial intelligence] technology is improving, a kid born today will rarely need to see a doctor to get a diagnosis by the time they are an adult.”

Greene’s techno-optimism is probably a bit more powerful than mine. But I’m confident that some version of Topol’s democratized medicine and my wife’s democratized libraries will prevail and dominate in this century — and that ultimately, physicians, librarians and their clienteles will all be the better for it.

Robert Graboyes is a senior research fellow with the Mercatus Center at George Mason University, where he focuses on technological innovation in health care. He authored “Fortress and Frontier in American Health Care,” teaches health economics at Virginia Commonwealth University and is a recipient of the Bastiat Prize for Journalism.