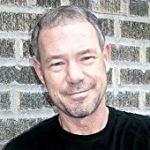 Column: Why we need to say goodbye to work

The following is the first of two adapted excerpts from historian James Livingston’s new book, “No More Work: Why Full Employment is a Bad Idea.”

Work means everything to us. For centuries — since, say, 1650 — we’ve believed that it builds character (punctuality, initiative, honesty, self-discipline and so forth). We’ve also believed that the market in labor, where we go to find work, has been relatively efficient in allocating opportunities and incomes. And we’ve believed that even if it sucks, the job gives meaning, purpose and structure to our everyday lives — at any rate, we’re pretty sure that it gets us out of bed, pays the bills, makes us feel responsible and keeps us away from daytime TV.

These beliefs are no longer plausible. In fact, they’ve become ridiculous, because there’s not enough work to go around, and what there is of it won’t pay the bills — unless, of course, you’ve landed a job as a drug dealer or a Wall Street banker, becoming a gangster either way.

What, exactly, is the point of earning a paycheck that isn’t a living wage, except to prove that you have a work ethic?

These days everybody from left to right — from Dean Baker to conservative Arthur C. Brooks — addresses this breakdown of the labor market by advocating full employment, as if having a job is self-evidently a good thing, no matter how dangerous, demanding or demeaning it is. But “full employment” is not the way to restore our faith in hard work, or in playing by the rules or whatever. (Note that the official unemployment rate is already below 6 percent, which is pretty close to what economists used to call full employment.) Crappy jobs for everyone won’t solve any social problem we now face.

And don’t tell me that raising the minimum wage to $15 an hour solves the problem. No one can doubt the moral significance of the movement. But at this rate of pay, even at 40 hours a week — an unlikely amount in fast-food franchises — you’re still at that official poverty line. What, exactly, is the point of earning a paycheck that isn’t a living wage, except to prove that you have a work ethic?

READ MORE: Should We Fear ‘the End of Work’?

But isn’t our present dilemma just a passing phase of the business cycle? What about the job market of the future? Haven’t the doomsayers, those damn Malthusians, always been proved wrong by rising productivity, new fields of enterprise, new economic opportunities? Well, yeah — until now, these times. The measurable trends of the past half century and the plausible projections for the next half century, are just too empirically grounded to dismiss as dismal science or ideological hokum. They look like the data on climate change — you can deny them if you like, but you’ll sound like a moron when you do.

Oxford economists who study employment trends tell us that fully two-thirds of existing jobs, including those involving “non-routine cognitive tasks” — you know, like thinking — are at risk of death by computerization within 20 years. They’re elaborating on conclusions reached by two MIT economists in a book from 2012 called “Race against the Machine.” Meanwhile, the Silicon Valley types who give TED talks have started speaking of “surplus humans” as a result of the same process — cybernated production. “Rise of the Robots,” the title of a new book that cites these very sources, is social science, not science fiction.

You might even say it’s a spiritual impasse, because it makes us ask what social scaffolding other than work will permit the construction of character — or whether character itself is something we must aspire to.

So ours is a moral crisis as well as an economic catastrophe. You might even say it’s a spiritual impasse, because it makes us ask what social scaffolding other than work will permit the construction of character — or whether character itself is something we must aspire to. But that is why it’s also an intellectual opportunity: It forces us to imagine a world in which the job no longer builds our character, determines our incomes or dominates our daily lives.

Certainly this crisis makes us ask what comes after work? What would you do without your job as the external discipline that organizes your waking life — as the social imperative that gets you up and on your way to the factory, the office, the store, the warehouse, the restaurant, wherever you work and, no matter how much you hate it, keeps you coming back? What would you do if you didn’t have to work to receive an income?

READ MORE: Column: Working parents have two jobs — and both are important to the economy

And what would society and civilization be like if we didn’t have to earn a living — if leisure was not our choice but our lot? Would we hang out at the local Starbucks, laptops open? Or volunteer to teach children in less-developed countries, like Mississippi? Or smoke weed and watch reality TV all day?

We already have some provisional answers, because so many of us are on the dole, more or less. The fastest-growing component of household income since 1959 has been “transfer payments” from government. By the turn of the 21st century, 20 percent of all household income came from this source — from what is otherwise known as welfare or “entitlements.” Without this income supplement, half of the adults with full-time jobs would live below the poverty line, and most working Americans would be eligible for food stamps.

But are these transfer payments and entitlements affordable, in either economic or moral terms? By continuing and enlarging them, do we subsidize sloth, or do we enrich a debate on the rudiments of the good life?

But are these transfer payments and entitlements affordable, in either economic or moral terms? By continuing and enlarging them, do we subsidize sloth, or do we enrich a debate on the rudiments of the good life?

Transfer payments or “entitlements,” not to mention Wall Street bonuses — talk about getting something for nothing — have taught us how to detach the receipt of income from the production of goods, but now, in plain view of the end of work, the lesson needs rethinking. No matter how you calculate the federal budget, we can afford to be our brother’s keeper. The real question is not whether, but how we choose to be.

I know what you’re thinking — we can’t afford this! But, yeah, we can, very easily. We raise the arbitrary lid on the Social Security contribution, which now stands at $113,700, and we raise taxes on corporate income, reversing the Reagan Revolution. And of course we don’t cut the top marginal tax rate on the rich. Eventually, if not under the incoming president and Congress, we increase it. These steps would solve a fake fiscal problem and create an economic surplus where we now can measure a moral deficit.

Now you may say, along with every economist from Dean Baker to Greg Mankiw, left to right, that raising taxes on corporate income is a disincentive to investment and thus job creation. Or that it will drive corporations overseas, where taxes are lower.

In the next installment, I will explain why raising taxes on corporate income can’t have these effects.

From “No More Work: Why Full Employment is a Bad Idea.” Copyright © 2016 by James Livingston. Used by permission of the University of North Carolina Press.  www.uncpress.unc.edu

Left: Work means everything to us. But our beliefs around work are no longer plausible. In fact, they’ve become ridiculous, because there’s not enough work to go around, and what there is of it won’t pay the bills, writes James Livingston. Photo by Thomas Barwick/Getty Images