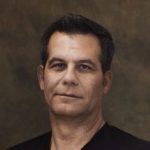 Column: ‘The New Urban Crisis’ is a crisis of capitalism, writ large

Editor’s Note: This Thursday’s Making Sen$e segment features the man who made the term “creative class” famous: Richard Florida. In this no-nonsense excerpt from his new book, “The New Urban Crisis,” he explains the Jekyll/Hyde nature of today’s urban revival in the United States, and in New York City in particular.

Imagine that you could travel back in time to 1975, snatch a random New Yorker off the street and set him loose in the city today. The New York he knew was a place in steep economic decline. People, jobs and industry were fleeing to the suburbs. Grimy, dangerous and violent, New York teetered on the brink of bankruptcy. What would that same New Yorker make of the city today? He wouldn’t have any trouble finding his way around. The Bronx would still be up, the Battery down and Lady Liberty would continue to preside over the harbor. Most of the city’s great landmarks — the Empire State and Chrysler buildings, Rockefeller and Lincoln Centers — would look much as they did in his heyday. The streets would still be clogged with traffic. He could take the same subways across Manhattan and out to the edges of Brooklyn, Queens and the Bronx, the PATH train to New Jersey, and New Jersey Transit and Metro North into the outer suburbs.

But many other things would have dramatically changed. Sadly, the Twin Towers, brand new in his day, would be gone. The city’s rebuilt financial district would be teeming not just with businesspeople but also with the sort of affluent families who would have made their homes in the suburbs back in his day. Nearby, on what was once a wasteland of rubble and sagging piers, a long, green park with a bike path would run along the Hudson River across the entire length of Manhattan. Times Square would still have its lights and flickering billboards, but where seedy theaters and sex shops once stood, he would find an urban version of Disneyland teeming with tourists, some of them relaxing in the rocking chairs placed there for their enjoyment. Where the squatting artists of SoHo and the hippies and punks of the West and East Villages once roamed, he would find upscale restaurants, cafés and bars filled with well-off investment bankers, techies, tourists and more than the occasional celebrity.

The once functioning meat-processing plants, industrial warehouses and off-the-beaten-path gay leather bars of the Meatpacking District would be gone; instead, a linear park built atop the neighborhood’s derelict elevated rail line would be crowded with people. Spanning its length would be shiny new condos and office towers, a brand-new Whitney Museum, boutique hotels and upscale stores. The nearby Nabisco factory would be turned into a high-end food court, and the gargantuan old Port Authority building would be filled with techies working for Google, one of the many high-tech companies in the neighborhood. Crossing the East River or the Hudson, he would see the factories, run-down tenements and row houses of Brooklyn, Hoboken and Jersey City transformed into neighborhoods where young professionals and families live, work and play. He could walk the streets at night without worrying about crime.

READ MORE: Is the ‘creative class’ saving our cities, or making them impossible to live in?

But as polished and well-appointed as the city would appear on the surface, he would also feel the tensions simmering underneath. Living there would be far less affordable for a working person like him than it had been in 1975. Apartments that had sold for $50,000 in his day would now be fetching millions; others that he could have rented for $500 a month would now cost $5,000, $10,000 or more. He would see glistening towers rising along 57th Street’s billionaires’ row, many of them almost completely dark and lifeless at night. He would hear people complaining about increasing inequality, the rise of the “one percent,” and how the city had become increasingly unaffordable for the middle class.

Amid all the new money and the tourists, he would see vast stretches of persistent disadvantage, often cheek by jowl with the new bastions of wealth. He would find that the poverty and social problems, such as crime and drug use, that had plagued the city in his day had moved out to what used to be solidly middle-class suburbs. He might be surprised to learn that a Democrat had been returned to the mayor’s office in 2014, after two decades of rule by conservatives, one of them a multibillionaire who served for three full terms. He would be even more amazed to find that the new mayor — a former community activist from Brooklyn — won office in a campaign that railed against the transformation of New York City into two cities: one rich and one poor. How this happened, “the tale of two cities,” as the new mayor put it, would largely be the story of what he had missed in those 40 years.

I have lived in and around cities and observed them closely my entire life, and I have been an academic urbanist for more than three decades. I have seen cities decline and die, and I have seen them come back to life. But none of that prepared me for what we face today. Just when it seemed that our cities were really turning a corner, when people and jobs were moving back to them, a host of new urban challenges — from rising inequality to increasingly unaffordable housing and more — started to come to the fore. Seemingly overnight, the much-hoped-for urban revival has turned into a new kind of urban crisis.

Although many commentators have identified and grappled with elements of this crisis, few appreciate how deep it runs and how systemic it has become. A gaping intellectual divide splits leading urban experts into two distinct camps: urban optimists and urban pessimists. Each camp describes important realities of urbanism today — and yet the one-sidedness of their perspectives has prevented us from grasping the full dimensions of the current urban crisis so we can figure our way out of it.

The urban optimists focus on the stunning revival of cities and the power of urbanization to improve the human condition. For these thinkers (myself among them, not too long ago), cities are richer, safer, cleaner and healthier than they have ever been, and urbanization is an unalloyed source of betterment. The world, they say, would be a better place if nation-states had less power, and cities and their mayors had more.

Seemingly overnight, the much-hoped-for urban revival has turned into a new kind of urban crisis.

In stark contrast, the urban pessimists see modern cities as being carved into gilded and virtually gated areas for conspicuous consumption by the super-rich with vast stretches of poverty and disadvantage for the masses nearby. Urban revitalization, in the pessimists’ view, is driven by rapacious capitalists who profit by rebuilding some neighborhoods and running others down. Global urbanization is being foisted on the world by an unrelenting neoliberal capitalist order, and its defining feature is not progress and economic development, but slums, along with an economic, humanitarian and ecological crisis of staggering proportions.

Gentrification and inequality are the direct outgrowths of the re-colonization of the city by the affluent and the advantaged.

So, which is it: Are cities the great engines of innovation, the models of economic and social progress that the optimists celebrate, or are they the zones of gaping inequality and class division that the pessimists decry? The reality is that they are both. Urbanism is every bit as powerful an economic force as the optimists say, and it is simultaneously as wrenching and divisive as the pessimists claim. Like capitalism itself, it is paradoxical and contradictory. Understanding today’s urban crisis requires taking both the urban pessimists and the urban optimists seriously. In my attempt to grapple with it, I have tried to draw from the best and most important contributions of each.

What exactly is the New Urban Crisis?

For the past five years or so, I have focused my research and my intellectual energy on defining it. Working with my research team, I developed new data on the scope and sources of urban inequality, the extent of economic segregation, the key causes and dimensions of gentrification, the cities and neighborhoods where the global super-rich are settling, the challenges posed by the concentration of high-tech startups in the cities and the alleged dampening of artistic and musical creativity as cities have grown more expensive. Marrying my own long-held interest in urban economic development with the insights of urban sociologists on the corrosive effects of concentrated poverty, I mapped the deep new divides that isolate the classes in separate neighborhoods and traced the growth of poverty and economic disadvantage in the suburbs. I delved deep into the many challenges that face the rapidly growing cities of the world’s emerging economies, where urbanization is failing to spur the same kind of economic growth and rising living standards that it did for the advanced nations.

The New Urban Crisis is different from the older urban crisis of the 1960s and 1970s. That previous crisis was defined by the economic abandonment of cities and their loss of economic function. Shaped by deindustrialization and white flight, its hallmark was a hollowing out of the city center, a phenomenon that urban theorists and policymakers labeled the hole-in-the-donut. As cities lost their core industries, they became sites of growing and persistent poverty: their housing decayed; crime and violence increased; and social problems, including drug abuse, teen pregnancy, and infant mortality, escalated. As urban economies eroded and tax revenues declined, cities became increasingly dependent on the federal government for financial support. Many of these problems remain with us to this day.

But the New Urban Crisis stretches even further and is more all-encompassing than its predecessor. Although two of its core features — mounting inequality and rising housing prices — are most often discussed in relation to rising and reviving urban centers such as New York, London and San Francisco, the crisis also hits hard at the declining cities of the Rustbelt and in sprawling Sunbelt cities with unsustainable economies driven by energy, tourism and real estate. Other core features — economic and racial segregation, spatial inequality, entrenched poverty — are becoming as common in the suburbs as they are in the cities. Seen in this light, the New Urban Crisis is also a crisis of the suburbs, of urbanization itself and of contemporary capitalism writ large.

Left: A woman walks in a local park while clouds shroud the Empire State Building and the skyline of New York as it is seen from Weehawken, New Jersey, U.S. May 29, 2017. Photo by REUTERS/Eduardo Munoz

Richard Florida is one of the world’s leading urbanists. He is a researcher and professor, serving as University Professor and Director of Cities at the Martin Prosperity Institute at the University of Toronto, a Distinguished Fellow at New York University’s Schack Institute of Real Estate, and a Visiting Fellow at Florida International University.