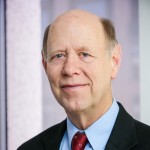 Editor’s Note: The budget deal signed into law on Monday includes a number of changes to Social Security.

We asked Eugene Steuerle, Richard Fisher Chair at the Urban Institute, to comment on the changes to Social Security. Steuerle, a former deputy assistant secretary of the treasury for tax analysis and author of the book “Dead Men Ruling,” chaired the 1999 Technical Panel advising Social Security on its methods and assumptions.

Below, Steuerle argues that the recent reform to Social Security replaces one unfair structure of spousal benefits with another. In the Social Security system, those who pay the most, he argues, are single individuals and married couples with roughly equal earnings.

The budget compromise forged by Congress and the Obama administration at the end of last month makes two fundamental changes in Social Security. First, it denies a worker the opportunity to take a spousal benefit and simultaneously delay his or her own worker benefit. Second, it stops the “file and suspend” technique, where a worker files for retirement benefits then suspends them in order to generate a spousal benefit.

Unfortunately, neither of these changes gets to the root issue: that spousal and survivor benefits are unfair, although the reform redefines who wins and who loses. Social Security spousal and survivor benefits are so peculiarly designed that they would be judged illegal and discriminatory if private pension or retirement plans tried to implement them. They violate the simple notion of equal justice under the law. And as far as the benefits are meant to adequately support spouses and dependents in retirement, they are badly and regressively targeted.

As designed, spousal and survivor benefits are “free” add-ons: a worker pays no additional taxes for them. Imagine you and I earn the same salary and have the same life expectancy, but I have a non-working spouse and you are unmarried. We pay the same Social Security taxes, but while I am alive and retired, my family’s annual benefits will be 50 percent higher than yours because of my non-working spouse’s benefits. If I die first, she’ll get years of my full worker benefit as survivor benefits.

Today, spousal and survivor benefits are often worth hundreds of thousands of dollars for the non-working spouse. If both spouses work, on the other hand, the add-on is reduced by any benefit the second worker earns in his or her own right.

An historical artifact, spousal and survivor benefits were based on the notion that the stereotypical woman staying home and taking care of children needed additional support. That stereotype was never very accurate. And today a much larger share of the population, including those with children, is single or divorced. Plus, many people have been married more than once, and most married couples have two earners who pay Social Security taxes.

Where does the money for spousal and survivor benefits come from? In the private sector, a worker pays for survivor or spousal benefits by taking an actuarially fair reduction in his or her own benefit. In the Social Security system, single individuals and married couples with roughly equal earnings pay the most:

The vast majority of couples with unequal earnings fall between the big winners and big losers.

Such a system causes innumerable inequities:

These games were played by a select few, although the numbers were increasing. Social Security personnel almost never alerted people to these opportunities and often led them to make disadvantageous choices. Over the years, I’ve met many highly educated people who are totally surprised by this structure. Larry Kotlikoff, in particular, has formally provided advice through multiple venues.

Column: Congress is pulling the rug out from people’s retirement decisions

So is tightening the screws on one leak among many fair? It penalizes both those who already have unfairly high benefits and those who get less than a fair share. It reduces the reward for game playing, but like all transitions, it penalizes those who laid out retirement plans based on this game being available. It cuts back only modestly and haphazardly on the long-term deficit. As for the single parents raising children — perhaps the most sympathetic group in this whole affair — they got no free spousal and survivor benefits before, and they get none after.

The right way to reform this part of Social Security would be to first design spousal and survivor benefits in an actuarially fair way. Then, we need better target any additional redistributions on those with lower incomes or higher needs in retirement, through minimum benefits and other adjustments that would apply to all workers, whether single or married, not just to spouses and survivors.

As long as we keep reforming Social Security ad hoc, we can expect these benefit inequities to continue. I fear that the much larger reform required to restore some long-term sustainability to the system will simply consolidate a bunch of ad hoc reforms and maintain these inequities for generations.

Left: The budget compromise forged by Congress and the Obama administration at the end of last month makes two fundamental changes in Social Security. Unfortunately, neither of these changes gets to the root issue: that spousal and survivor benefits are unfair. Photo by Izabela Habur/Getty Images

Eugene Steuerle is an Institute fellow and the Richard B. Fischer chair at the Urban Institute. He served as deputy assistant secretary of the U.S. Department of the Treasury for Tax Analysis, president of the National Tax Association, codirector of the Urban-Brookings Tax Policy Center, and chair of the 1999 Technical Panel advising Social Security on its methods and assumptions. Steuerle is a cofounder of the Urban-Brookings Tax Policy Center and Urban’s Center on Nonprofits and Philanthropy. He is the author, coauthor or coeditor of 16 books.