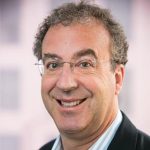 Yesterday, the New York Times reported Donald Trump may have paid no federal income tax for nearly two decades. Leaked excerpts of Trump’s 1995 tax returns showed huge losses that the real estate mogul could have used to offset other income and zero out his income tax liability for many years.

Donald Trump may have paid no federal income tax for nearly two decades.

The Times published one page from each of Trump’s 1995 New York, New Jersey and Connecticut personal tax returns in which Trump claimed a staggering $916 million of net operating losses, which he transferred from his federal tax return for the year.

The Times concluded that Trump could have used his cache of losses in 1995 to wipe out more than $50 million of other income every year from 1992 through 2010. Additional losses in years after 1995 could have wiped out even more ($16 million of new losses arose in 1995, with the balance of the losses carried over from prior years).

The Trump campaign’s response said nothing about whether the candidate has ever paid income taxes. It only claimed that he “paid hundreds of millions of dollars in property taxes, sales and excise taxes, real estate taxes, city taxes, state taxes, employee taxes and federal taxes.”

Leaked excerpts of Trump’s 1995 tax returns showed huge losses that the real estate mogul could have used to offset other income and zero out his income tax liability for many years.

Presumably, Trump’s losses are largely attributable to the disastrous performance of his businesses in the early 1990s, including his Atlantic City casinos, the Trump Shuttle and the Plaza Hotel. He reported huge losses for these enterprises to casino regulators. But we really do not know how and when the losses arose or whether the IRS accepted them, as the numbers on the returns are pre-audit.

But we do know the tax laws contributed to Trump’s large losses. A dizzying array of tax write-offs for real estate development — including generous deductions for interest, depreciation, real estate taxes and maintenance expenses — can all help build up tax losses.

As a result, real estate developers get to write off the decline in the value of their properties even as their properties appreciate. Ordinarily, rising value shows up as capital gains, which is taxable in principle — albeit at much lower rates other income. However, real estate investors often use special “like-kind exchange” rules to defer taxes. These rules apply to real estate, but not stocks or bonds. If a real estate investor exchanges property long enough and dies, the gains are never taxed. President Obama has proposed to limit the like-kind exchange loophole, which Hillary Clinton has endorsed.

President Obama has proposed to limit the like-kind exchange loophole, which Hillary Clinton has endorsed.

In 1986, Congress enacted laws to prevent investors who are not actively involved in a business from deducting losses and expenses attributable to that business against their income from other activities. Congress also added “at-risk” rules, which prevent a taxpayer from deducting losses in excess of his actual economic investment in an activity (that is, his out-of-pocket). Those laws wiped out a lucrative tax shelter business used by doctors, dentists, lawyers and other high-income taxpayers.

But Congress largely exempted real estate developers and professionals from these rules. They continue to deduct their business losses against all of their income, both passive and active. And they are not subject to the at-risk rules. The result: Real estate professionals can use losses against non-real estate income, both in the year the losses arise and in some earlier and subsequent years. This means that Trump’s net operating losses can shelter not only any real estate gains, but also income from reality TV, Trump-branded products, books and speaking from tax.

Without seeing more of Trump’s tax returns, we cannot tell how much of his losses are attributable to poor economic results, favorable tax rules or tax evasion. But we can tell that something is seriously broken in our tax laws.

Steve Rosenthal, a senior fellow in the Urban-Brookings Tax Policy Center at the Urban Institute, researches, speaks and writes on a range of federal income tax issues, with a particular focus on business taxes. In 2013, he was the staff director of the DC Tax Revision Commission.