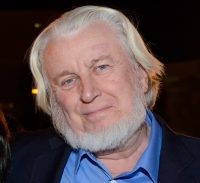 Column: The case for employee-owned companies

Editor’s Note: Our story on Colorado’s 100 percent worker-owned company New Belgium Brewing has stirred some interest in the concept of employee stock ownership. We didn’t have time, however, to explore a particularly provocative and arguably profound voice on the issue, David Ellerman, based at the University of California, Riverside.

Ellerman has for years made an argument as startling as it is hard to refute: “the labor theory of property.” It’s that employees should own the firms they work for because of very simple logic: If they’re responsible for the consequences of their actions while on the job — committing a crime, say — how can it be that they’re not responsible for the positive things they do, such as making money?

Ellerman’s writing on “the labor theory of property” has mostly been for a technical audience. I asked him if he wouldn’t mind trying to make his argument in a more popular way for the Making Sen$e page. Here’s what he sent us.

You are called in for jury duty. You protest to the judge that you are not a lawyer. How can you be expected to make a legal decision? But the judge points out that the jury is not there to interpret the law but to make a decision about the facts. Is the defendant in fact responsible for committing the crime as charged — or not? Guilty or not guilty?

That is the basic principle of justice: assign the legal responsibility to the people who are in fact responsible for the deeds in question.

With that principle of justice, injustice falls into two categories:

This basic principle of justice — assign legal responsibility according to factual responsibility — is used by the courts of law, but there’s no reason this principle should be applied only to negative results like crimes or misdeeds. When people deliberately produce something positive, shouldn’t they also get the legal “credit” or “ownership” of that result? The justice principle can thus be seen as applying to both positive and negative results of all responsible human actions.

But there is a problem — our current economic system does not follow the justice principle. In the previous system — prior to the arrival of modern democracy — masters could own other people involuntarily (the slaves). Thankfully, that system was abolished. But voluntariness was not the key issue since the contract to voluntarily sell oneself into slavery was also abolished along with involuntary slavery.

In the current economic system, people rent themselves out to an “employer.” As the late Paul Samuelson of MIT, the first American Nobel Prize winner in economics, put it in his widely-used textbook:

Since slavery was abolished, …[a] man is not even free to sell himself: he must rent himself at a wage.

This use of the word “rent” may be jarring, but it is accurate. Americans refer to “rental cars” and the British refer to “hire cars,” but both are talking about the same thing where the renter is not buying the car, but only buying some of its services. Renting something is buying its services.

Our current employment system of renting, hiring or employing people conflicts with the justice principle. In a factory operating under the employment relation, the people working in the factory jointly produce whatever is the product. Consider a company that produces widgets, for example. Those widgets are the positive results of their responsible actions. But to produce the widgets, they must jointly use up raw materials, intermediate goods, machinery and other resources. Those used-up resources are the negative results of their responsible actions.

But the people working in the enterprise do not jointly have legal ownership of the widgets they produce, and they do not jointly bear the expenses for the resources (raw materials, intermediate goods, etc.) they use to produce the widgets. Instead, it is the employer who owns the widgets and pays off the non-labor costs for the used resources. The rented people, the employees, are seen simply as the providers of just another resource — known in this case, as labor services. The employer pays off the liability for using that resource by paying the labor costs — the wages and salaries.

But the employees are said to voluntarily give up their responsibility for the results of their “labor services.” How can one “give up” factual responsibility?

Consider the case of an employee who commits a crime at the instruction of the employer. Certainly then the employee really does want to voluntarily give up and transfer away any factual responsibility for the results of his labor services. But there is no such escape. The legal system then recognizes that the “employment” of one’s own actions cannot be voluntarily transferred to another person. One could transfer the use of one’s car or shovel to another person, but not the “employment” of one’s self. As a British law book on the employer-employee relation puts it (using the old-speak of “master and servant”):

But what factually changes when the venture being jointly carried out is not criminal? Do the employees suddenly turn into non-responsible robots employed by their employer? Presumably employees are just as much factually responsible for their deliberate actions when they produce widgets as when they commit crimes.

It is the response of the legal system that changes — when no crime is committed, the legal system sees no reason to intervene to explicitly apply the justice principle it has so clearly established in ordinary trials. The system then accepts “obeying the employer” as fulfilling the employment contract. There seems to be no breach of the contract — even though “obeying the employer” didn’t get the criminal employee off the hook. But with no breach or crimes involved, the legal system is silent. It does not intervene to apply the justice principle as it does in a criminal or civil trial.

The end result is that the employer ends up paying off all the costs of the used-up resources, including the wage payments for the employees’ labor services, and thus owning all the widgets produced. But the employer is not in fact solely responsible for using up those resources or for producing that product — so this adds up to a violation of the justice principle. The justice principle says that all the expenses for the used-up resources and all the revenues from owning and selling the widgets should go to the factually responsible party, which would be all the people working in the enterprise.

This violation is built into the whole system of renting people — even if voluntarily. Should that be surprising? We are accustomed to condemn slavery for being involuntary, but would owning other people be okay if it were voluntary? Perhaps the basic problem with owning other people was not whether it was involuntary or voluntary, but that it treated people as things. And that is still a problem with the renting of people in our economy. It treats the rented people like non-responsible things whose use or employment can be voluntarily transferred from one person to another like a car or shovel.

How can the problem be fixed? Today, the renting, hiring or employing of people seems as “natural” as owning people did before the 19th century. In either case, most people in such a society take it for granted. But what if the abolitionists’ achievement of abolishing the owning of other people was followed up with the “neo-abolitionist” goal of abolishing the renting of other people? It would mean that all the people working together in a given enterprise would be the owners or members of that enterprise. They would jointly own what they jointly produce, and they would jointly pay off the costs for all the resources that they jointly used. In short, they would jointly own both the positive and negative “fruits of their labor” so private property would be re-founded on the justice principle.

It was previously noted that the factually responsible party is the community of all the people working in the enterprise, which Lord Percy called the “human association which in fact produces and distributes wealth.” That community is not even recognized as a legal party in the current system. “The association which the law does recognise” is (typically) the corporation-as-employer in the employer-employer relationship.

The closest legal form we have today where the factually responsible party is also the legally responsible party would be worker cooperatives (like the Mondragon cooperatives in the Basque country in Spain) or the “employee-owned” companies like the 7,000 or so Employee Stock Ownership Plans (ESOPs) across the United States (at least where 100 percent of the stock is in the ESOP trust for the employees). With those legal forms, the “association which the law does recognise” is also the “human association which in fact produces and distributes wealth.” That arrangement satisfies the justice principle.