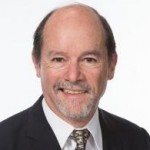 Column: Trump’s outrage over outsourcing doesn’t apply to his own merchandise

The debate over Donald Trump’s authenticity has heated up as Marco Rubio, Ted Cruz and Mitt Romney try, by pointing to various aspects of his record, to prove he is not what he says he is. They don’t seem to get much traction, not even with respect to Donald Trump’s record on trade.

In his book, “Time to Get Tough,” Trump decries international trade and wants to erect new barriers. He writes: “I’m sick of always reading about outsourcing. Why aren’t we talking about ‘on-shoring’? We need to bring manufacturing jobs back home where they belong.”

Trump castigates American companies like Apple, Ford, Carrier and Kraft that use their brands to sell goods in the U.S., but produce them in other countries. Indeed, he appears to be so outraged by the practice that he proposes a 15 percent tax on companies for outsourcing jobs and a 20 percent tax for importing goods. More recently, he has spoken of a 45 percent tariff on Chinese imports.

Yet despite these deep convictions, when it comes to his own businesses, Trump doesn’t exactly walk the walk.

Perhaps an even clearer indication of his outrage over outsourcing is that although he loves Oreos, when Nabisco recently moved a plant to Mexico, he swore never to eat one again. Yet despite these deep convictions, when it comes to his own businesses, Trump doesn’t exactly walk the walk.

To see what he actually does, visit his website. Not the campaign website, which puts forward his trade policy proposals to get really tough with China, but Trump.com, the elegant website of the Trump Corporation, which reveals his actual trade practices.
It is immediately clear that many of Trump’s businesses are based not on risking his money and directly creating employment in the United States, but in licensing his brand to help others sell their properties and products. As is now well known, the Trump brand has been used to sell casinos, condominiums, hotels and golf courses at home and abroad, as well as steaks, vodka and a “university” education. Some of these projects have been successful. Others have gone less smoothly, with reports of disappointing sales, bankruptcies, angry customers, broken promises, lawsuits, disputes over fees, hiring illegals and immigrants. Yet Trump has an explanation: He’s a normal businessman making deals, and there are always a few that don’t quite work out. But for exploring whether he puts his moniker where his mouth is when it comes to trade, it’s the branch of the business labeled merchandise that merits closer attention.

So click on the “merchandise” tab to find out where the glittering array of products endorsed by Donald Trump are actually manufactured. With very rare exceptions — a few men’s suits — they are not made in the USA.

In a recent debate Marco Rubio mentioned ties. But the ties made in China are just the tip of the iceberg. What about Donald J Trump sports jackets, cufflinks and eyeglass frames? All made in China. Inexpensive Donald J Trump shirts? Made in Bangladesh. More expensive Trump shirts? “Imported.” The Trump brand also has a more feminine side — the Ivanka Trump brand. And where are the dresses, purses, shoes and other accessories that reflect Trump’s daughter’s taste made? Of the 838 Ivanka products advertised through the site, none appear to be made exclusively in the U.S.; 628 are said to be imported and 354 made specifically in China.

If you are an American economist like myself who believes that international trade is good for the U.S., there is nothing wrong with what the Trumps have been doing. Indeed, he and his daughter have been providing Americans with products they want at relatively low prices. But how do you reconcile a business model based on importing with professions of deep belief that manufacturing should be brought back to America? Trump argues he has no choice, since foreigners have made their products so cheap by manipulating their exchange rates. But then how do you explain the utter contempt he has expressed on the campaign trail about others who outsource when he is doing exactly the same thing? If Trump won’t buy Oreos on moral grounds, why should any moral person, following his example, buy Trump-branded merchandise?

If Trump won’t buy Oreos on moral grounds, why should any moral person, following his example, buy Trump-branded merchandise?

For a “premium brand,” the prices of Donald Trump merchandise seem within the reach of the typical American. Suits at $250, sport coats at $125, though the ties are somewhat steep — typically around $65. But as president, Trump proposes to add 20 to 45 percent to their cost.

It is obvious that consumers, already hard pressed by weak income growth, would see their buying power further constrained. But many would also discover their jobs are threatened. Our economy is currently deeply linked to the rest of the world, and millions of U.S. workers are employed in companies that sell imported goods and use imported components in the products they manufacture in the USA. Trump’s tariffs would wreak havoc with global supply chains and force many companies to reduce employment. In addition, foreigners would undoubtedly retaliate against our exports as they would be entitled to do under our trade agreements. Think about what a trade war would do to investment and employment. But who knows? If the Trump presidential seal graces the products that are sold under the Trump brand, perhaps the average American will still buy what he is selling.

Left: U.S. Republican presidential candidate and businessman Donald Trump castigates American companies that use their brands to sell goods in the U.S., but produce them in other countries. Yet when it comes to his own businesses, Trump doesn’t exactly walk the walk, writes trade economist Robert Lawrence. Photo by Rick Wilking/Reuters

Robert Z. Lawrence is the Albert L. Williams Professor of Trade and Investment at the John F. Kennedy School of Government at Harvard University. He is also a senior fellow at the Peterson Institute for International Economics in Washington, D.C. and a research associate at the National Bureau of Economic Research. He served as a member of President Clinton’s Council of Economic Advisers from March 1999 to January 2001.