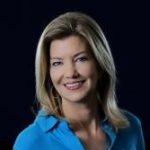 It’s four months until Election Day, and neither of the presumptive nominees of the two major parties has a plan to reverse the growth of our record-high national debt. That’s the conclusion that my organization, the Committee for a Responsible Federal Budget, came to in our new comprehensive analysis of the policies put forward by former Secretary of State Hillary Clinton and businessman Donald Trump.

It’s four months until Election Day, and neither of the presumptive nominees of the two major parties has a plan to reverse the growth of our record-high national debt.

Sure, the candidates have tax plans, they have immigration plans, they have energy plans, and they have health care plans. Clinton has outlined policies for infrastructure and education reform; Trump has plans for trade and veterans. But no one has a plan to fix the national debt.

In fact, according to our new analysis, Trump’s policies would make the debt significantly worse.

READ MORE: Column: Trump’s outrage over outsourcing doesn’t apply to his own merchandise

Pouring through and estimating each of the candidate’s policies, we find Clinton’s plan to be close to a wash. She would increase spending in a lot of areas — offering low-cost college tuition, new infrastructure investments, government-provided, paid family leave and universal preschool, among other initiatives. But she would pay for most of the $1.4 trillion cost of this spending with $1.2 trillion of tax increases — mostly on the rich.

As a result, debt over the next decade, with interest, would be $250 billion higher than current law. And since current law would already result in debt levels rising from 75 to 86 percent of GDP over a decade, under Clinton’s plan, debt would continue to grow — reaching 87 percent of GDP by 2026.

In fact, according to our new analysis, Trump’s policies would make the debt significantly worse… we find Clinton’s plan to be close to a wash.

Allowing debt to keep growing at this pace is unsustainable — the nonpartisan Congressional Budget Office, the government’s official scorekeeper, has told us so. Yet, Trump’s policies would massively increase the debt. Driven by a “yuge” tax cut, his plan would cost $11.5 trillion over a decade, driving up the debt to 127 percent of GDP. Trump does save money in some areas — by reducing Medicaid costs, for example — but even on the spending side, he adds to the debt because of large new interest payments.

What about economic growth? Won’t that come to the rescue? Setting aside whether Clinton or Trump’s plans would actually accelerate growth (I’m skeptical by the way), no realistic amount of economic growth could right our fiscal course under these plans.

Forecasters generally expect real growth to average around 2 percent annually over the next decade — 2.1 percent according to the Congressional Budget Office. For Clinton to stabilize the debt as a share of the economy, she would need 2.9 percent growth, and to balance the budget, she’d need 4.7 percent. For Trump, it would take 5.4 percent annual growth to stabilize the debt, and over 10 percent to balance the budget. For some context, we haven’t had 5 percent growth since the late 60s and early 70s — and back then we didn’t have nearly as many people about to retire and leave the labor force.

READ MORE: Column: Will Brexit affect U.S. consumer confidence? The outcome may determine our next president

Also concerning is the number of things the candidates have taken off the table. Trump has said he won’t touch Social Security and at times Medicare. Clinton has made similar implications on Social Security and also refused to raise any taxes that would impact the 98 percent of households who make less than $250,000 per year.

We find that it would be close to impossible for either candidate to put the debt on a sustainable path solely by cutting spending. If Social Security and Medicare are off the table, doing so would require Clinton to cut all other spending by 11 to 28 percent; and Trump to cut it by 50 to 67 percent.

The notion that we’re going to cut the non-Social Security, non-Medicare portion of government spending by half or two-thirds just isn’t realistic — particularly for a candidate who wants to strengthen our military and infrastructure.

Sadly, if we don’t address our growing debt, it will be hard to fix much of anything else.

Sadly, if we don’t address our growing debt, it will be hard to fix much of anything else. A rising debt means slower wage growth; it means higher mortgage and student loan costs; and it means an increasing share of the federal budget being spent on interest to finance the past, instead of making investments in our future.

It is encouraging that both Clinton and Trump have acknowledged the seriousness of our long-term debt and shifted their campaign rhetoric in recent days towards fiscal and economic issues. But their rhetoric needs to be backed with substance. And after substance, action.

Left: Neither of the presumptive nominees of the two major parties has a plan to reverse the growth of our record-high national debt, and Trump's policies would massively increase the national debt, writes Maya MacGuineas, president of the nonpartisan Committee for a Responsible Federal Budget. Photo by Nancy Wiechec/Reuters

Maya MacGuineas is the president of the nonpartisan Committee for a Responsible Federal Budget and head of the Campaign to Fix the Debt. MacGuineas testifies regularly before Congress, and her areas of expertise include budget, tax and economic policy. As a political independent, she has advised numerous candidates for office from both parties, and works regularly with members of Congress on health, economic, tax and budget policy.