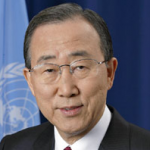 Column: Why the U.S. should remain in the Paris climate agreement

It has been reported that today there will be a meeting in the White House where the President’s key advisers will discuss whether the United States should remain a party to the Paris climate agreement. With this in mind, we reflect in this essay on the history of international climate negotiations, observe why this is a pivotal moment and explain why we think that the U.S. should remain in the Paris agreement.

In the five decades since the first Earth Day was celebrated in 1970, remarkable economic growth around the world has inevitably been accompanied by significant environmental challenges. While tremendous progress has been made to address concerns about air and water quality, hazardous waste, species extinction and maintenance of stratospheric ozone, leaders around the world continue to struggle to address the threat of global climate change in the face of the steady accumulation of greenhouse gases in the atmosphere.

The necessity of international cooperation

There is broad scientific consensus that human-based emissions of greenhouse gases — including carbon dioxide from fossil-fuel combustion and land-use changes — will change the earth’s climate in ways that will have serious environmental, economic and social consequences. Sixteen of the warmest years on record have occurred since 2000, including 2016, which was the warmest of all. At the same time, winter arctic sea ice is at its lowest extent in recorded history.

Increased temperatures — which might be welcome in some places — are only part of the story. More important are changes in precipitation, decreased snowpack, glacier melting, droughts in mid to low latitudes, decreased cereal crop productivity at lower latitudes, increased sea level, loss of islands and coastal wetlands, increased flooding, greater storm intensity, species loss and spread of infectious disease.

These biophysical impacts will have significant economic, social and political consequences. Estimates of economic damages of unrestrained climate change vary, with most falling in the range of 1 to 3 percent of world GDP per year by the middle of the current century.

In order to have a 50-50 chance of keeping temperature increases below 2 degrees Celsius (a long-term political goal acknowledged by most national governments), it would be necessary to stabilize atmospheric concentrations at 450 parts per million, which in principle could be achieved by cutting global emissions by 60 to 80 percent below 2005 levels by 2050.

Reducing emissions will not be cheap or easy, but the greatest obstacles are political. The severe political challenges are due to the fact that greenhouse gases mix in the atmosphere, and so the location of damages is independent of the location of emissions. Any political jurisdiction that takes action incurs the direct costs of that action, but the climate benefits are spread globally. Hence, for any country, the direct climate benefits of taking action will likely be much less than the costs, despite the fact that the global benefits may exceed, possibly greatly, the costs. Therefore, due to the global common nature of the problem, meaningful international cooperation is necessary.

The Paris climate agreement: a breakthrough after 20 years

The countries of the world have been struggling to come up with a solution since they agreed in 1992 to establish the United Nations Framework Convention on Climate Change. After more than 20 years of negotiations, an important, historic breakthrough came with the signing of the Paris climate agreement in 2015, a path-breaking approach that increased the scope of participation from countries accounting for just 14 percent of global emissions (in the current, second commitment period of the Kyoto Protocol) to countries accounting for 97 percent under the Paris agreement.

Contrary to some claims, China, India, Brazil, Korea, South Africa, Mexico and the other large emerging economies do have obligations under this new approach. Far from being a “bad deal” for the United States, as U.S. Environmental Protection Agency administrator Scott Pruitt has asserted, the Paris agreement is actually the answer to U.S. prayers going back to the U.S. Senate’s bipartisan (95-0) Byrd-Hagel Resolution in 1997, which rejected the Kyoto approach and called for an agreement that would include not only industrialized countries, but the large emerging economies as well. That is precisely what the Paris agreement has finally delivered!

Will the U.S. remain part of the process?

This is a pivotal moment. President Trump’s recent executive order, in which he laid out his plans to roll back much of the Obama administration’s climate policy, was silent on the Paris agreement, reportedly reflecting disagreements among the president’s closest advisers.

During the campaign last year, the president said he would “cancel” the Paris agreement. But because the agreement has already come into force, under its rules, any party must wait three years before requesting to withdraw, followed by a one-year notice period. The U.S. is part of the Paris agreement for the next four years. Any White House announcement of pulling out of the pact will have no direct effects for this presidential term.

At a time when the U.S. wants cooperation from a diverse set of countries around the world on matters of national security, trade and a host of other issues, it would be counterproductive in the extreme to willingly become an international pariah on global climate change.

In theory, the president could try to bypass that four-year delay by taking the one-year route of dropping out of the overall United Nations Framework Convention on Climate Change — signed by President George H.W. Bush and ratified by the Senate in 1992. But that could require another two-thirds vote of the Senate, would be challenged in the courts and would be unwise in the extreme, given that the U.S. would then be the only one among 197 countries in the world not to be a party to the Climate Convention. At a time when the U.S. wants cooperation from a diverse set of countries around the world on matters of national security, trade and a host of other issues, it would be counterproductive in the extreme to willingly become an international pariah on global climate change.

Key support inside and outside the administration

Fortunately, key voices in the administration have argued for remaining in the Paris agreement. Secretary of State Rex Tillerson has stated that it is better for the U.S. to be at this table of ongoing negotiations. More broadly, Secretary of Defense James Mattis said in congressional testimony that he views climate change as a national security threat.

Remarkably, support for the Paris agreement is broad-based within U.S. private industry — from electricity generators, such as PG&E and National Grid, to oil companies, such as Chevron, ConocoPhillips, Exxon-Mobil, BP and Shell (the last two having large operations within the U.S.), and a very long list of manufacturers, including giant firms such as General Motors. Even some of the largest coal producers, such as Arch Coal, Cloud Peak Energy and Peabody Energy, have told the president about their support for the U.S. remaining in the agreement. This broad support is due to a simple reality — leaders of successful businesses make decisions not on the basis of ideology, but based on available evidence.

READ MORE: Will a surprising Supreme Court move shake the Paris climate accord?

True enough, there is also opposition from some especially vocal coal industry executives, and the president seems to have shaped his domestic climate policies around their interests, with his repeated pledge to “bring back coal.” But the job losses in coal mining over the past decades have been due to technological change (increased productivity) in the coal sector and more recently by low natural gas prices, not by environmental regulations (particularly not by regulations, such as the Clean Power Plan, that have not even been implemented).

The U.S. could stay in the Paris agreement and seek to revise the Obama-era numerical target of a 26 percent reduction in emissions below 2005 levels by 2025, an approach recommended by North Dakota Republican Representative Kevin Cramer. This is possible because the specific national targets and actions pledged under the Paris agreement are not actually part of the agreement itself, and they are not binding under international law. However, by 2016, U.S. energy-related emissions were already down by 14 percent below 2005, so it is not clear that the existing pledge even needs to be reassessed. Also, state climate policies in California, Oregon, Washington and the Northeast will remain in place and likely be strengthened. And more than half of all states have renewable energy policies; just since Election Day, the Republican governors of Illinois and Michigan have signed legislation aimed at increasing solar and wind generation. At the federal level, important tax credits for wind and solar power continue to receive bipartisan support in the U.S. Congress.

Putting it all together

In summary, climate change is a serious threat, which requires international cooperation because of its global commons nature. After 20 years of negotiations, the path-breaking Paris climate agreement, with its exceptionally broad participation, is the answer to long-standing, bipartisan appeals and provides an excellent foundation for progress.

After 20 years of negotiations, the path-breaking Paris climate agreement, with its exceptionally broad participation, is the answer to long-standing, bipartisan appeals and provides an excellent foundation for progress.

The president cannot “cancel” the agreement, and it would take four years for the U.S. to withdraw. Pulling out of the foundational United Nations Framework Convention on Climate Change might be quicker, but would be unwise in the extreme, jeopardizing U.S. relationships with countries around the world on a host of pressing issues, ranging from national security to international trade.

Fortunately, key voices in the administration have argued for keeping the U.S. in the Paris agreement, and support from the business community is unusually broad and deep. If necessary, the U.S. can seek to revise the specific U.S. pledge under Paris made by the Obama administration while remaining a party to the agreement. But given the pace of emissions reductions already achieved, combined with ongoing state and federal climate policies, it is not clear that those targets need to be changed.

In light of the diverse set of considerations that should bear upon this U.S. decision, we find the arguments for the country remaining in the Paris climate agreement to be compelling. The truth is that in the 47 years since the first Earth Day, much has been accomplished. But much of that remarkable progress could be undone in the short span of four years or less. We are confident — or at least hopeful — that this will not happen.

This op-ed was adapted from an essay in the Harvard Project on Climate Agreements.

Ban Ki-moon was Secretary-General of the United Nations from 2007 to 2016 and is the Angelopoulos Global Public Leaders Fellow at Harvard Kennedy School.