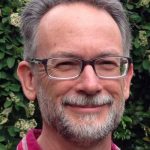 Our long history of reliance on fossil fuels is disrupting our climate, degrading our environment and causing massive stress for people across the world, but some are being harmed more than others — and this truth must not be ignored. Decades of powering our lives with coal, gas and oil have had major consequences for low-income neighborhoods and communities of color.

Here in the U.S., the 6 million people who live within three miles of a coal plant have an average per capita income of $18,400. Nearly 40 percent of them are people of color. Regardless of income, people of color in the U.S. breathe 40 percent more pollution than whites. In California alone, the vast majority of the over 350,000 kids living near active oil and gas drilling are nonwhite — 60 percent are Latino.

To stop the worst of climate change, we must transform our economy and our society. We can’t afford to get it wrong, which is why we must place equity and justice at the center of our energy future.

A stronger, more inclusive climate movement will unleash more innovative ideas, protect the most vulnerable and help create good jobs that reduce climate risk. Most importantly, a unified front will ensure that the people most harmed by the exploitation of fossil fuels are welcomed and acknowledged as leaders in developing a more fair and prosperous future.

On Nov. 8, the people of Washington state will vote on a measure known as Initiative 732 that would put a price on carbon pollution. While this initiative is well intentioned, it is misguided in some fundamental ways.

None of the revenues from pricing carbon would be used to increase investment in clean energy, build climate resiliency or create green jobs — particularly in communities on the frontlines of climate change.

None of the revenues from pricing carbon would be used to increase investment in clean energy, build climate resiliency or create green jobs — particularly in communities on the frontlines of climate change. Those aren’t just missed opportunities — they’re fundamental weaknesses. Washington state would be stuck with a faulty policy model that doesn’t address the complexity and scope of the climate crisis, especially when compared with programs that are already working.

Supporters say we can’t let the perfect be the enemy of the good in the face of the urgent need to address climate disruption. But a measure like I-732 that ignores the urgency of environmental justice and economic fairness actually makes it harder to advance our long-term goals of a clean environment and green economy. Because of this, the measure lacks support from labor, environmental justice groups and communities of color, all of whom are crucial leaders in the fight against climate change and for a more equitable economy.

Putting a price on carbon is just one tool in the toolbox for cutting climate pollution, not a solution in and of itself. Combating a problem as complex as climate change requires a broad coalition committed to fundamental changes to our fossil fuel-run economy. Asking frontline communities to once again defer their goals and their interests to allow a flawed initiative to move forward not only subverts the chances of passing meaningful, comprehensive climate policy, but also misses the opportunity to build a bigger, stronger, more inclusive and unstoppable climate movement.

But a measure like I-732 that ignores the urgency of environmental justice and economic fairness actually makes it harder to advance our long-term goals of a clean environment and green economy.

We already have examples of how to do this right. State-based renewable portfolio standards are making direct investments in expanding our clean energy economy. National and statewide energy-efficiency programs are prioritizing low-income households while creating thousands of good paying jobs. These successful programs should serve as a baseline for how policy is made and who benefits. A carbon pricing system that directed investments into clean energy solutions could complement such policies.

We can stabilize our climate, grow our economy and better millions of lives — but we need everyone to unite together if we want to succeed. We must act to protect our planet, but we cannot let fear lead us to rush ahead with solutions that don’t work for the people who have suffered the most (and from energy decisions in which they had no voice). Fighting climate disruption is urgent, but so is fighting for justice. It’s time to view both issues as one cause.

Left: If voters pass the revenue-neutral carbon tax, Washington state would be stuck with a faulty policy model that doesn't address the complexity and scope of the climate crisis, argue Bill Corcoran of the Sierra Club and Byron Gudiel of Communities for a Better Environment. Photo courtesy of Flickr user Susan Melkisethian

Bill Corcoran is the western campaign director for the Sierra Club's Beyond Coal campaign.

Byron Gudiel is the executive director of Communities for a Better Environment.