Column: Will Brexit affect U.S. consumer confidence? The outcome may determine our next president

It’s “the economy, stupid” – or so claimed famed campaign strategist James Carville during Bill Clinton’s first successful run for the presidency, back in 1992. Nearly a quarter century later, it’s still the case.

Or more specifically, it’s confidence in the economy (, stupid). At least that’s what we’ve found. 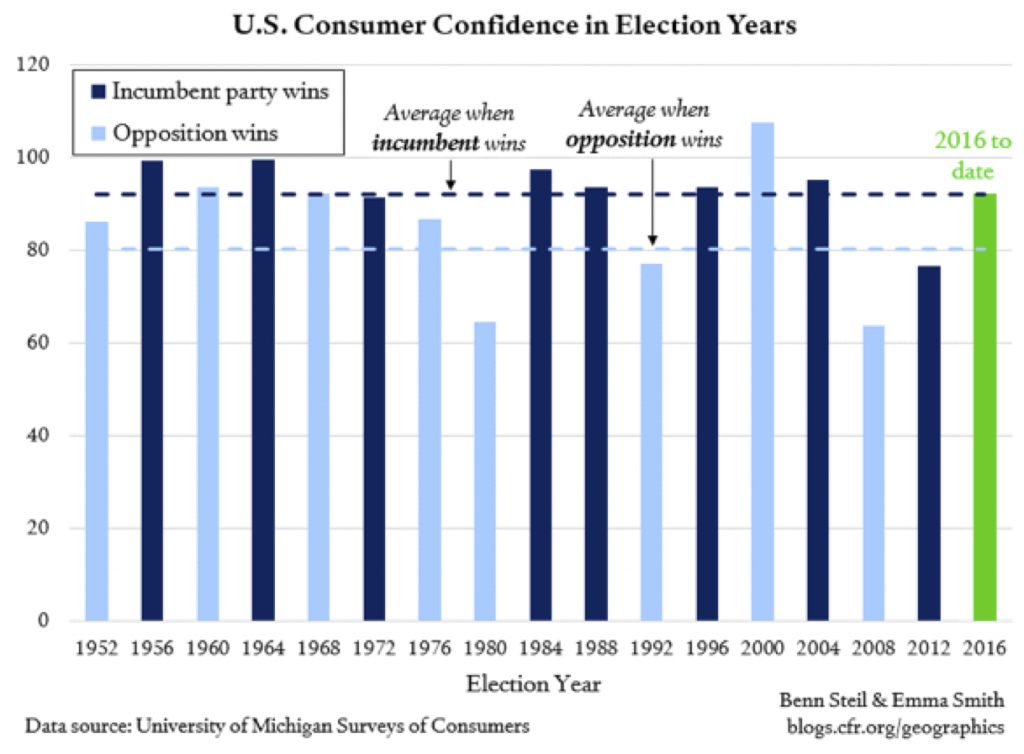 This makes sense intuitively. Voters are less likely to want big changes when they feel good about economic prospects, and more likely to want it when they think the economy’s headed south.

It is also good news for Hillary Clinton. As the graphic shows, confidence has been relatively strong over 2016 to date – right at the average level for an incumbent party victory.

But how confident should she be at this point? Well, George W. Bush’s victory in 2000 was a major outlier (consumer confidence was much higher then). Yet we calculate that the conditional probability of her winning if confidence remains where it is presently (94) is about 80 percent.

However, between now and November, there is still a lot of time for bad economic news. Indeed, the June 23 Brexit vote in Britain, which will see the country leave the European Union, is one such piece of bad news; it may well dent consumer confidence by way of falling markets, lower investment and less hiring. And voting history suggests that’s good news for the Trump camp.

Left: A woman walks past a currency rate board in central London, Feb. 22 , 2016. Photo by REUTERS/Toby Melville