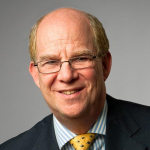 Column: Is your anger about the election based on facts?

Editor’s Note: We teamed up with Jim Stone, author of “Five Easy Theses” to test your knowledge of America’s economic challenges in “Are you an informed voter? A quiz.” Today, we have an adapted excerpt from Jim Stone’s new book, which was the inspiration for the quiz. We hope you enjoy it.

This year will be remember as the year of the angry voter. People are angry because the real median income has barely budged for 40 years, while the costs of education, housing and health care have all risen sharply. And Americans, on the whole, are rightly upset with the inability of government to solve a host of obviously consequential problems. Some are genuinely hard to solve because they don’t have solutions that equitably resolve nasty trade-offs between winners and losers. But the paralysis today is worse than that. Our system can’t even seem to deal with eminently solvable problems. 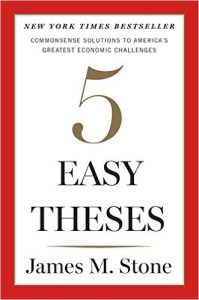 My book is about five of these. It asserts that straightforward, logical answers to some issues are staring us in the face, yet there is no political path to their resolution. I hope you will declare this an unacceptable state of affairs. Worse still, the key issues are too seldom part of what passes for political debate these days. My title, “Five Easy Theses: Commonsense Solutions to America’s Greatest Economic Challenges,” I admit, is slightly facetious because Americans disagree about so many things, but I would wager that most of you share the concerns embodied in these five questions:

As the problems grow larger, alas, it seems that our politics become smaller. Scanning this forbidding landscape, many of you may have concluded that our issues cannot be solved in ways that will provide genuine benefits to you and your families. But ours is still the country that most favors, at least in the private and academic sectors, intellectual challenge to the established ways of doing things. And from this spring innovation and creativity no other society can match. The public sector can tap into this energy and become a worthier partner for the rest of the country — if only it would adopt some specific, commonsense policies.

There are three ingredients of serious political progress. The first is clarity of vision. Next is political leadership, at an opportune moment for change, imbued with the unusual guts, charisma and communications talent to champion a bold change. An election to office is a chance to demonstrate leadership, in both philosophy and action, to advance the values you believe in. Clarity of vision and leadership are necessary, but not sufficient. The third ingredient of change is a countervailing force to set against the well-armed protectors of the status quo. Even in the best of times, the hand-to-hand political combat of reform has been an uphill battle. And these are not the best of times in that regard by a long shot. The recent tide has favored the already powerful.

Public will expressed through political action is the only force that can overcome gridlock and vested interests.

If there were no other reason for concern, the multifaceted adverse impact on our democracy would be sufficient. One threat lies in outright destabilization, and another is in alienation from civic participation. Extreme unfairness has, in fact, undone governments in the past. Lesser, and less violent, forms of destabilization than revolution occur with much greater historical frequency. People can lose their faith in the major parties. Or they may turn to candidates with extravagant, heroic promises, the “men on horseback” who have heralded so much of history’s pain. The already disappointing rate of voter participation can fall still lower. Crime becomes more attractive to those who feel left out. Maybe most important of all, if future economic gains are not shared, the country can lose the unifying spirit, embodied in its social and political cohesion, that made it a great nation.

You have every right to be an angry voter this year, but it is not OK to be an ignorant or passive, angry voter. Public will expressed through political action is the only force that can overcome gridlock and vested interests. And knowledge is an essential tool to effective and constructive political action.

So how grounded is your anger? Test it with the facts.

Left: You have every right to be an angry voter this year, but it's not OK to be an ignorant or passive, angry voter, writes Jim Stone. Photo by Mario Anzuoni/Reuters

James M. Stone is the author of the new book, "Five Easy Theses: Commonsense Solutions to America's Greatest Economic Challenges." He is the founder and chief executive of the Plymouth Rock group of insurance companies, former chairman of the U.S. Commodity Futures Trading Commission, former Commonwealth of Massachusetts Insurance Commissioner and an active philanthropist. He holds a Ph.D. in economics from Harvard University and has spoken or published frequently in the field of the finance and economics. He is a Fellow of the American Academy of Art and Sciences. Stone is married and the father of twins. He lives in Boston. More at: www.fiveeasytheses.com