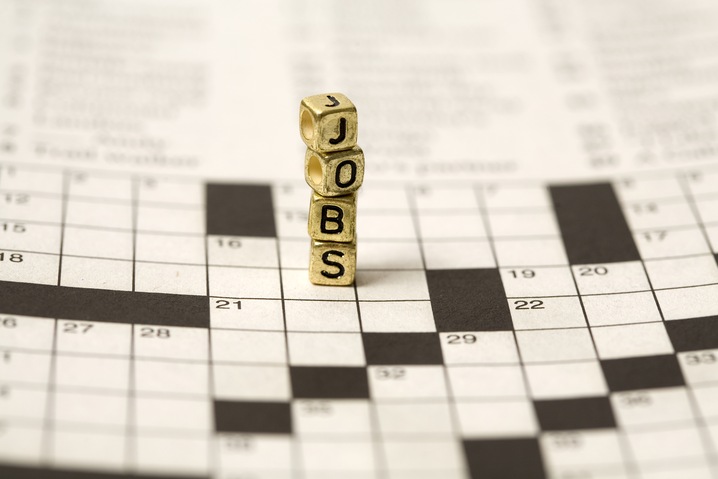 September’s job reports numbers are out, and they should certainly temper the enthusiasm last month’s numbers stirred. If you’re willing to believe one month’s numbers, which are extrapolated from a sample of 60,000 households, the U.S. economy added a mere 142,000 jobs in September, after adding an average of 260,000 jobs a month last year and nearly 200,000 a month in 2015, both signs of genuine recovery. Yes, the unemployment rate remained unchanged at 5.1 percent, but only because the workforce shrank by 300,000 or so.

Worse still, as Kevin Hassett of the conservative American Enterprise Institute noted last month, economists expected to see the historically fickle August jobs numbers to be revised upwards by 70,000, not down by nearly as much.

So September’s numbers were disappointing. Economist Justin Wolfers of the Peterson Institute summed it up nicely:

As for the future, a calculator from the Hamilton Project shows that if the economy continues to add only 167,000 jobs per month, as it now has through the first nine months of the year, the economy won’t recover to pre-recession levels for another two years and four months. If we average only last month’s 142,000 jobs, we won’t see a full recovery until September 2018.

How can we explain these numbers?

Now, as we mentioned earlier, August is a notoriously fickle month due to the end of summer: people returning from vacations, students going back to school, etc. But assuming that the revisions and September’s jobs report are in fact reliable, there are a few possible explanations for what these numbers mean.

The number of people in the labor force — all those considered either employed or unemployed as defined by the Bureau of Labor Statistics — decreased by 350,000 in September. So who dropped out? As we’ve long noted, the best guess is Baby Boomers, 10,000 of whom turn 66 every single day. If all of them called it a career in September and told the surveyor from the BLS that they had now retired, well, there would be 300,000 fewer Americans in the workforce right there. But how plausible is that, given how many Americans are now working beyond traditional retirement age? So there’s something screwy about the seemingly huge drop in the workforce from August to September.

And screwier still is the “fact” that the number of employed, according to the report, also dropped by 236,000. Could it be that 236,000 people were employed two months ago but retired in September? Not likely. So again, let’s not put too much stock in one month’s numbers.

On the other hand, today’s numbers are all we’ve got — at least for today. And when it comes to earnings, the story they tell only gets worse. Average hourly earnings, after a healthy 9-cent gain in August, fell by a penny in September to land at $25.09. Project that over a year, and you’d be talking no wage increase at all for workers — in an economy that is supposedly growing at 4 percent a year. And thus would inequality grow at a rate to impress even Thomas Piketty. The decrease in average hourly earnings also suggests slack in the labor market, despite the supposedly low unemployment rate. When the market is tight, employers are competing for workers and as Making Sen$e contributor Jared Bernstein points out in the Washington Post, are forced to pay more.

Is there a silver lining in September’s jobs report?

Well, our Solman Scale, aka “U7” — which takes into account part-time workers looking for full-time work, anyone who says they want a job no matter how long it’s been since they last looked, in addition to the officially unemployed — dropped .3 percent to land at 12.18 percent in September, mainly because part-timers looking for full-time work showed a whopping drop. This would suggest that the recovery is continuing — albeit slowly.

And in the land of the Fed, Yellen is vindicated after deciding not to raise the federal interest rate in September. On September 24, the Fed decided to wait for more signs of an improving economy before deciding to raise interest rates.

It's the sort of jobs report that makes you think that Fed did exactly the right thing in resisting calls for a rate rise.

The labor market retains a fair amount of slack–evidence that the Fed was right not to raise interest rates and should hold the line.

The Fed had noted that a interest rate hike in 2015 was still a possibility. That may now be less likely.

We always warn against taking any one month’s numbers too seriously. The warning seems especially applicable this month, given that September’s jobs and wage numbers are so disappointing. “Clearly, September was a bad month,” says Michael Strain of the conservative American Enterprise Institute, but “the recovery is most likely still on track.”

And, tweets Jared Bernstein, the overall trend shows a U.S. economy that continues to recover:

Art history majors, listen up! The jobs report is but a dot in a Seurat painting. http://t.co/bSrWPJyE2y pic.twitter.com/P0MoldcFrz

Let’s hope he’s right. At the very least, the Pointillist painting he reproduces will be good for your eyes.