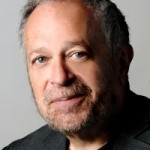 Does business have an incentive to address inequality? Absolutely

Editor’s Note: When Robert Reich wrote “The Revolt of the Anxious Class,” it was clear that he had hit a nerve.

Despite our economic recovery, despite the unemployment rate inching down to 4.9 percent, Americans are still worried about the state of the economy. As President Obama acknowledged in his State of the Union, “…the reason that a lot of Americans feel anxious is that the economy has been changing in profound ways.” Wages are stagnant, inequality is widening, and the freelance economy is growing.

Economics correspondent Paul Solman sat down with the economist, author of the new book “Saving Capitalism: For the Many, Not the Few” and former Secretary of Labor to discuss middle-class anxiety and the current state of the economy. For more on the topic, tune in to tonight’s Making Sen$e report, which airs every Thursday on the PBS NewsHour.

Paul Solman: What do you mean by “The Revolt of the Anxious Class”?

Robert Reich: You’ve got a large number of people in America, in the middle class, who are working harder than ever, but they’re angry and frustrated because they’re not getting ahead. Their wages are either stagnating or actually dropping. Their jobs are less secure. In the on-demand economy, you don’t know what you’re going to earn next week or the week after.

Paul Solman: And you don’t have benefits.

Robert Reich: You don’t have benefits. Your bills have to be paid, and you are in a situation where you have to be regimented and have to predict exactly what you’re going to earn. But two-thirds of Americans don’t know what they’re going to be earning a year from now. Two-thirds are living paycheck to paycheck.

And this anger is growing. It’s been growing for years. I saw it start in the 1990s when I was Secretary of Labor. You get recoveries, and then you get recessions. But behind the business cycle, there is growing “structural” anger and frustration. We see it playing out politically in both parties.

In the Republican Party, the embodiment of that anger and frustration is Donald Trump. He is channeling it toward a lot of hatefulness, anger and scapegoating toward Mexicans, Muslims, the poor and others. In the Democratic Party, the embodiment of that anger is Bernie Sanders. He is not scapegoating. He is talking about the fact we need revolution, that we need a “political revolution,” he calls it. But that populist anger is a volatile mixture. Historically, in this country and in other countries, it can be used for great good, but it also can be very dangerous.

Paul Solman: And sometimes the same politician embodies both. I think of Huey Long for example.

Robert Reich: Huey Long would be a good example. In the 1930s, you also had the radio personality father Charles Coughlin, who was a Nazi sympathizer and very anti-Semitic. Charles Coughlin and Huey Long were the angry populists of the 1930s. Franklin Roosevelt basically kept a lid on all that. He very quietly said to the business community, “Look, you think I’m dangerous? These people are revolutionaries on the right and left. Let them loose, and we’re — you’re — going to be sorry.”

Well, the modern equivalent would be to say to a lot of the CEOs and those on Wall Street, “Why didn’t you learn your lesson? Why have you allowed inequality to get so extreme in this country? Why have you simply sat back and really not said anything about the necessity of fundamentally reforming capitalism so it works for everybody, instead of just a very narrow sliver? Because ultimately, you are going to suffer as the economy and society suffer if we don’t fundamentally reform the system.”

Paul Solman: So why isn’t there somebody who says that to very rich people? And why aren’t the very rich responsive?

Robert Reich: It may be because the very wealthy in this country have accepted a view — primarily a Republican view. It came from former Supreme Court Justice Lewis Powell, who in the early 1970s wrote a famous memo. He said to the business community, “Look, your biggest threat comes from government; it comes from regulation and taxation, and you’ve got to mobilize and organize and be here in Washington.”

Paul Solman: So the business community or the rich in some sense are buffered by their lobbyists, and the lobbyists are running the show more than they are?

Robert Reich: And all of the think tanks in Washington that are financed by the very wealthy, by businesses. They have an interest in keeping the game going as it’s going with a lot of polarization and widening inequality that keeps this kind of antagonism between the wealthy and business on one hand and average Americans on the other thriving. I’ve seen instances where business lobbyists and other intermediaries in Washington say, “No, we don’t want to compromise. No, let’s not compromise on that. Let’s keep the fight going.”

Paul Solman: So what do you say to them?

Paul Solman: Do you try to scare them with a specter of unrest for example?

Robert Reich: You know, I haven’t, because in my experience, fear is really not as much of a motivator when you’re talking about big corporations, Wall Street and the wealthy as an enlightened self-interest. If you don’t have a large and growing middle class, you don’t have enough aggregate demand to keep the economy going at full tilt. That’s one reason why this recovery that some believed is coming to an end, has been so anemic relative to other recoveries.

Paul Solman: But I can imagine if I was rich, I would think, “I’ll sell to people abroad. I’ll sell to other rich people like myself. Do I really need to worry about the American middle class?”

Robert Reich: The American middle class has been the engine of the world economy and certainly American corporations. Europe is now in the dumps. China is slowing dramatically. Japan has been on its back for years. If you don’t have American consumers driving your sales, then who do you have?

I was visited a couple of months ago by a CEO of a big, high-tech company, who told me he was looking ahead 10 to 20 years and he was worried. “Why?” I asked.

“Because of widening inequality,” he said.

“Explain to me exactly,” I said.

“Because we [in our company] we are going to be replacing so many jobs. Our technology is going to be taking away so many good jobs. I have to ask who my customers are going to be. Who can afford what we are producing?” he said.

Now I call that enlightened self-interest. If more CEOs thought like him or even thought like Henry Ford did in the first decades of the 20th century when he lifted the wages of his own workers, hoping that other employers would do the same so many people could afford model T Fords, we would be in a better place.

Left: A man walks his dog past a mural depicting factory workers in the historic Pullman neighborhood in Chicago. Photo by Andrew Nelles/Reuters

Robert Reich is Chancellor’s Professor of Public Policy at the University of California at Berkeley and senior fellow at the Blum Center for Developing Economies. He served as Secretary of Labor in the Clinton administration. He has written 14 books, including "Saving Capitalism." He is also a founding editor of The American Prospect magazine.