Does the Fed Create Money Out of Thin Air? 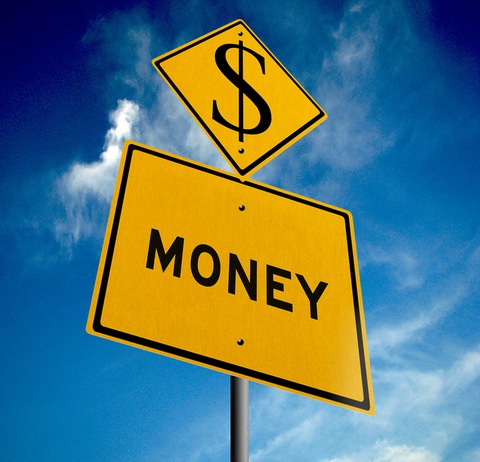 Paul Solman frequently answers questions from the NewsHour audience on business and economic news on his Making Sen$e page. Here is Wednesay’s query:

Question: Here is my dilemma: I took business courses 30 years ago and then moved onto something else. When I hear people say the Federal Reserve prints money out of thin air, that sounds wrong to me. They do not put more actual money into the total system, do they? They simply regulate the monetary base through things like buying and selling securities, tightening and loosening the money supply, or some such thing, right? I never doubted myself before, but whenever I suggest what I thought was true I’m now jumped on by Occupy Wall Street people and Ron Paul supporters who want to abolish the Fed for reasons that do not make sense to me. I worry that either I’ve been wrong or that misinformation is taking over.

Paul Solman: The charge that a polity owes its economic problems to the government “printing” money in order to debase its value is probably as old as the institution of money itself. And the idea that “paper money” is fundamentally phony, as opposed to “hard” currency made of metal, has a similarly hoary past.

Back to basics. “Money” is — and has always been — nothing more nor less than a promise between people: a token of value, mutually agreed to. I give you dollar bills, copper pennies, cowrie shells, tally sticks, whales’ teeth, twisted strips of metal — they’re all just IOUs. That is, they’re promises that the token will be exchangeable for something else. To the extent that everyone believes in the token, it has value. To the extent that the belief erodes, so does the value. Hence: “credit” comes from the Latin “credere” — to believe.

The two main forms of money created by the U.S. government are currency — about a trillion dollar’s worth out there at the moment — and “Federal Reserves:” electronic blips on the books of financial institutions — mainly banks. The Fed does indeed create these so-called reserves “out of thin air,” as you put it, when it buys securities to increase the money supply.

But so what? It’s no different than minting more currency. That too is “fiat” money, from the Latin “Fiat” — “let it be done” — as in God’s “Fiat lux” (let there be light) or Italy’s Fiat Punto (let there be a really small car).

Look, someone has to create money, right? If the federal government doesn’t do it, rest assured private interests will, like the “barkeepers, barbers and innkeepers” and state-chartered banks whose printed notes led to such inflation after the War of 1812 that even President James Madison, long an opponent of federal monetary control, felt obliged to create the Second Bank of the United States in 1816.

And when Andrew Jackson, who hated paper money, famously destroyed the bank a generation later, one result was an explosion of state banks, issuing state money that helped fuel an economic boom. The subsequent bust resulted in massive debt defaults by the likes of Pennsylvania and Mississippi. The only good that came of it: a William Wordsworth poem condemning Pennsylvania’s “degenerate men.”