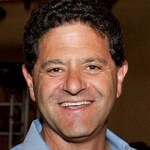 Is trickle-down economics science or scam?

Editor’s Note: Billionaire venture capitalist Nick Hanauer made his fortune as the seventh investor in Amazon and as the owner of a web ad firm, which he sold to Microsoft in 2004 for a whopping $6.4 billion. He is also a critic of trickle-down economics. Below, Hanauer critizes the theory that a higher minimum wage will cause increased unemployment. Going further, he suggests that economic theories in general are not science, but merely social and moral constructs. This post originally appeared on Hanauer’s blog, Civic Skunks Works and is reprinted here with the permission of Nick Hanauer.

Noah Smith, a smart financial writer with a very good blog, recently wrote an article on the $15 minimum wage for Bloomberg. The piece celebrated the fact that, finally, we’ll have some data on how the $15 minimum wage would affect jobs. Smith said he considered it a test because in theory, “a higher minimum wage should cause increased unemployment.”

The more I thought about it, the less sense this premise made. Smith’s article underscored two big things for me: first, the degree to which people see the evidence they want to see; second, how silly the idea of “economic theory” can be. Smith claims that we don’t know what the result of a $15 minimum wage will be. Will it kill jobs or not? But the truth is there’s abundant and overwhelming evidence that this theory is wrong and that higher minimum wages don’t hurt employment. The evidence is there; you just have to choose to see it.

Let’s just look in my own back yard for an example of that evidence. Washington state has had the highest minimum wage in the nation for several years—at $9.47, it’s a full 30 percent more than the federal minimum of $7.25. Washington’s unemployment rate of 5.5 percent isn’t the best in the country, but it’s not the worst, either. In fact, it perfectly matches the national rate. Seattle was until recently the fastest growing big city in the country. The first part of the $15 minimum wage rollout was successfully implemented in April, and unemployment in our county promptly plummeted to 3.3 percent.

An even more dramatic example of the goofiness of this so-called “economic theory” is the impact of the wages of tipped workers on the restaurant industry. In Washington, these workers earn at least $9.47 plus tips, a whopping 440 percent more than the federal tipped minimum of $2.13 plus tips. Despite the predictions of “economic theory,” and despite the warnings from the National Restaurant Association that eliminating the tip credit would cause food Armageddon, Seattle has one of the most robust restaurant scenes in the United States. Why? Because when restaurants pay restaurant workers enough so that even they can afford to eat in restaurants, it’s really good for the restaurant business. If economic “theory” were correct and if paying workers more resulted in higher unemployment, we would have no restaurants in Seattle.

Other examples abound. CEO pay, for instance, has skyrocketed from 30 times median to 300 times median over the last three decades, but we have more CEOs than ever before. How can this be, if “theory” predicts that higher wages kill employment? So, too, for tech workers and financial service workers—wages in those sectors have been climbing like crazy and so has employment. So clearly, wages can rise a lot, and so can levels of employment.

In order for something to legitimately be called a theory, it must result in accurate and consistent predictions. For instance the theory F=MA, (force equals mass times acceleration), is never wrong. Ever. In every case ever tested, force actually does equal mass times acceleration. There are no examples in the known universe in which force didn’t equal mass times acceleration. But the same cannot be said for the “theory” that if wages go up, employment will go down. It’s not always true. It’s not even that it’s almost always true—it isn’t even usually true. Thus, the claim that when wages go up for low-wage workers, employment will go down isn’t really a legitimate “theory.” Rather, it’s best understood as a claim designed to influence how people explain the world around them, and by doing so, control people’s behavior. I think of this so-called theory as more of a scam or a confidence game.

If I can convince you to believe that giving you a raise would result in economic devastation for everyone, and likely unemployment for you, I’ll have economic power over you. The ploy claiming that, “I would love to pay you more, except then it would be bad for you,” has become an article of faith for workers all around the country. This broad untruth is more commonly known as “trickle-down economics.” It is a time-tested way for the powerful to assert control over the less powerful—perhaps the oldest dynamic in human affairs. The real magic of trickle-down economics, by the way, isn’t to convince people that if the rich get richer, that’s good for the economy and therefore good for you. The real power comes from convincing people that if the poor get richer, that will be bad for the economy and bad for you.

This is why economics is often less science and more scam. People want to think of economics as a natural science, like physics, with the comforting reliability of simple-to-understand theories like F=MA. Unfortunately, it isn’t. Economics is a social science, and the so-called theories are really social and moral constructs. The theory that if wages go up, employment goes down isn’t a physical law like F=MA. It’s a moral law like “bedtime is 9:00 pm.”

Economics is mostly how humans rationalize who gets what and why. It’s how we instantiate our preferences about status, privileges, and power. So if I can persuade you that if wages rise then employment falls, I can almost certainly reduce the pressure you and society at large put on me to increase your wages. Because in the reality I’ve created to do so would be bad. For you. If people believe that higher wages means financial ruin for those who get them, they will flee from higher wages and the politics that deliver higher wages.

I’m not asserting that everyone who subscribes to this “theory” secretly knows it isn’t true but says it anyway. On the contrary, the people who say it usually believe it. However, people believe all sorts of things for all sorts of reasons, but rarely because of facts or evidence. Rather, we often believe what suits us, what makes us feel good, or what advantages us. And if you are a person who pays wages or are sympathetic to those who do so, the theory that if wages go up, employment comes down is a very attractive thing to believe and to promulgate. After all, if I run a business, your wages are my profits.

The most powerful forces in economics are not numbers or facts. They are prejudices and preferences. No amount of evidence will ever change the degree to which many of the rich and powerful prefer themselves to be richer and more powerful and others poorer and weaker. The $15 minimum wage will work, just like all the other big historical increases in the minimum wage worked. Workers will be better off, and unemployment rates will be largely unaffected. But the people who prefer the rich to be richer and the poor poorer and the economists who are sympathetic to them will ignore this evidence in the same way they ignore all of the present and past evidence. It’s really just about deciding which side you’re on.

Left: A protester holds signs in front of a McDonald's restaurant during demonstrations for higher wages in the Manhattan borough of New York City in April 2015. Image by Reuters/Lucas Jackson