Fannie Mae: What’s Politics Got to Do With it?

‘Protecting Its Fannie: How Mortgage Giant Primed the Bubble, Covered Its Assets.’

Question: Other than politics can you think of any reason the miserable failure Fannie Mae is still trading and not being dissolved and shuttered?

Paul Solman: “Other than politics”? When it comes to government, what else is there? Of course Fannie Mae’s continued existence is a function of politics. So was its birth. It is an organization dedicated to the proposition that all men (and women) are created equal when it comes to home ownership. Since, in real life, events conspire to unequalize the access to buying a home, Fannie Mae was an attempt to right the balance. What it became was a political organization dedicated, as most organizations are, to its own continued existence and aggrandizement. The new book by the great New York Times reporter Gretchen Morgenson and housing expert Josh Rosner, “Reckless Engagement,” tells the story with panache.

(Note: you can watch the piece, ‘Protecting Its Fannie: How Mortgage Giant Primed the Bubble, Covered Its Assets,’ here or at the top of the page. Economist Joseph Stiglitz and Rep. Barney Frank, D-Mass., respectively named a hired justifier and staunch protector of the lending institution, also shared their thoughts with us.)

I’m betting you won’t think any better of Fannie or Washington after reading the book, or watching our piece. And the goal of home ownership is itself debatable. But “political” it surely is — by definition. As it happens, bi-partisanly political.

Journalist Alyssa Katz explained the politics in a book several years ago, “Our Lot,” and in an interview shortly after its publication, segments of which made it into one of our more memorable pieces for the NewsHour. She sent us an update, which is posted below our 2009 exchange.

Alyssa Katz: The idea that home ownership would make better people, better communities, healthier families, dated back to Herbert Hoover. Before he was president he was Secretary of Commerce and was really interested in helping not just the home building industry but at the same time having a positive impact on the people who would be buying homes, putting down roots, getting out of crowded cities and into comfortable places they could call their own. Hoover, as Secretary of Commerce, started an “own you own home” campaign and in towns across the country, Ladies Clubs would put together beautiful model homes and they distributed hundreds of thousands of pieces of literature explaining how one could go about doing it. It was the idea that free enterprise — that having a mortgage to pay and having a sort of obligations and responsibilities of making those payments every month — would make better people who were more responsible.

Solman: But what about Franklin Delano Roosevelt?

Alyssa Katz: Roosevelt stepped in to clean up the mess that the Depression left behind. What you had not just as result of Hoover’s project. In the 1920s there was a big housing boom ,too many people became owners, financing was pretty freely available with the problem that mortgages only ran for roughly five years and then the payment in full everything would come due. When banks were solvent that wasn’t a problem. A borrower could just go back and get a refinance but when the Depression hit not only did banks not have the funds but the property values had plummeted and homes were worth less than the amount owed on them, just like with underwater mortgages today. And so people went into foreclosure en masse. There were just millions unable to make their payments and losing their homes. So the Roosevelt administration stepped in with something called the “Homeowner’s Loan Corporation” that refinanced the homes, provided longer term mortgages that the borrowers could pay, and based those mortgages on the actual property values, not the inflated 1920s values. 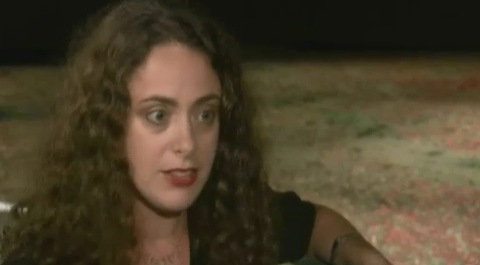 Solman: So you mean all these proposals that we’ve been hearing in the last few years about how we should renegotiate the mortgages that currently exist, make them longer term and write them down to reflect the actual property values is what the Roosevelt administration did?

Katz: More or less it’s exactly what they did. The one difference between then and now is because the banks had already gone under, because the borrowers already had no more options, it was possible to just wipe the slate clean, do the refinancing and move on. The problem we have now is that because the mortgages have been bundled as securities owned by so many different investors, it’s impossible to unravel that scheme without wiping out those investors. That’s why we’ve seen a lot of hesitance now to go in and just say: Okay let’s just lower the appraised amount, refinance and move on.

Following the Homeowner’s Loan Corporation, the Roosevelt administration set out how to figure out how to do mortgages right and they came up with the Federal Housing Administration which made possible, through an insurance program, 30-year mortgages that a borrower could pay off month by month in small chunks, rather than having to hustle and do everything in five years. The FHA ended up covering a half of all home buyers in the country. It enabled millions and millions of working people, who never before could have dreamed of owning a home, to go out and buy their first home.

Solman: So where did the Republicans come in? This was all Democrats, right through Presidents Truman, Kennedy and Johnson.

Katz: It had been for a long time and I think in a sense the Republicans wanted to claim a piece of their own. In the late 1960s, they seized the opportunity, had a moment in which cities were going up in flames as a result of urban riots and it was very clear that housing conditions, really poor housing conditions, were a big part of that. Martin Luther King identified that when his movement went to Chicago to deal with unrest there.

So in 1966, a candidate for the Senate from Illinois [a moderate Republican businessman named Charles Percy] looked at the riots and thought: What can we do? And thought, if people only owned their homes instead of renting them, they would take more pride in them, and in themselves, and in their communities and perhaps home ownership could be the way that neighborhoods recovered. And so Percy floated this on the campaign trail and he won election and Congress loved the idea. When the bill he created came up for a vote, every Republican supported it and many many Democrats did. William F. Buckley called it “the Conservative answer to public housing.” Think about it! In the Great Society, everything that government was doing was about more government, more programs for neighborhoods, more interventions and here was this possibility of bringing people into the free market, having private enterprise come in and help save cities. 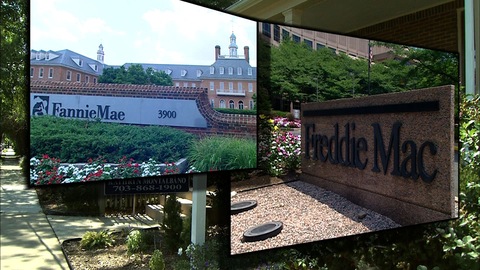 Solman: The “government-sponsored enterprises” that buy or guarantee the mortgages made by banks, Fannie Mae and Freddie Mac, were created by Democrats in 1938 and 1968 respectively. Surely they are major culprits in this.

Katz: Not really. Let me explain. Fannie Mae and Freddie Mac played really central roles in changing how mortgages were underwritten, figuring out how can we get people who wouldn’t have qualified for mortgages before into home ownership and this will be good for our market growth and in the proportion of home ownership.

Solman: But that’s the problem isn’t it?

Katz: Well it is except that those mortgages generally performed very, very well and even through the most recent crisis have continued to perform much, much better than other mortgages. Fannie Mae and Freddie Mac had a significant portion of the mortgage market but what you had happen towards the end of the 1990s and then the huge spike through the 2000s is that Wall Street came in with its own mortgage-backed securities that weren’t part of Fannie Mae and Freddie Mac’s operations sold directly to investors and were generally loans that were too risky for Fannie Mae or Freddie Mac to support and back in the first place.

Katz: They were important movers but only indirectly. Basically Fannie Mae and Freddie Mac would purchase subprime mortgage-backed securities as investors. They themselves towards the very end issued some but by and large their own guidelines strictly limited them to prime mortgages and overwhelmingly their mortgages have performed relatively well.

Solman: So they didn’t create this subprime boom?

Katz: They helped finance it as many other investors from around the world did and at one point they were the biggest investors in subprime mortgage-backed securities, but no, Fannie Mae and Freddie Mac had relatively strict underwriting guidelines, and also had requirements that when people took out their mortgages especially under special programs that would enable higher risk borrowers to get into ownership that they would have to go through counseling and have to really be prepared for that responsibility and that’s what the subprime mortgage market didn’t offer.

That was Alyssa Katz’s view as of last year. Her view now:

Katz: The reason Fannie Mae and Freddie Mac continue to exist is that were it not for these entities, now under government conservatorship, home mortgages would likely be much more expensive and hard to come by than they are now because private investors are hesitant to finance long-term mortgages without the guarantees the government-sponsored enterprises have provided. Even if we were to accept that outcome, the impact of a severe decline in the availability of mortgage credit would have disastrous effects on the already battered real estate market, pushing prices further downward and making it impossible in many cases for homeowners to sell their property. Fannie Mae will almost certainly be shuttered down the road — but not before an alternative housing finance system is in place.