For This Military Town, a Memorable Memorial Day 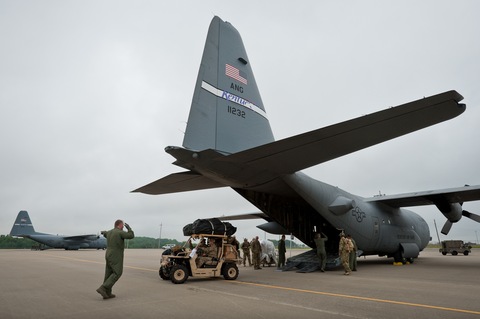 HOPKINSVILLE, Ky. | Memorial Day weekend will feel a little different this year than any in the past decade in this small town in southwestern Kentucky.

After years of seeing thousands of local soldiers deployed from nearby Fort Campbell, Memorial Day 2012 finds most of the community’s transient citizens home, present and accounted for. And that has had some big impacts on the area emotionally and economically.

The recession that has rocked the nation is playing out a little differently in Hopkinsville, a Military Bastion in Patchwork Nation‘s demographic/geographic breakdown of counties.

The effects of the economic downturn were accentuated in some ways by the upheaval of a steady stream of troop deployments and re-deployments, as tens of thousands of soldiers were often missing from the area’s population — and its retail establishments. In recent months, the economic recovery has been reinforced and sped along with the return of those men and women from overseas.

“Things feel different. The restaurants are more crowded and the roads near the base are much more crowded,” says Mayor Dan Kemp. “We’ve come out of the recession a lot better than other small communities.” The number one reason Kemp lists for the good economic news: Fort Campbell.

Companies Back Home in a Company Town

Even at the depths of the recession, things never got as bad as they could have in Hoptown, as locals call this burg of 42,000. Even if the town was missing soldiers, the base was one big employer — $50 million in payroll — that never shut down or faced massive layoffs. Hopkinsville sits in Christian County, the purple Military Bastion county at the bottom of the map below.

But it’s back to full strength now, and you can feel it when you watch a steady stream of customers go in and out of the local Starbucks or fast-food establishments. The foot traffic is much heavier than it was just a few years ago when Patchwork Nation visited. As we have noted in more in-depth reporting, Military Bastions like Hopkinsville, with their high turnover, share a bit in common with big college towns — with soldiers instead of students.

At DT’s Last Call, a bar in Hopkinsville which says it is “proud to serve those who serve,” bartenders and staff say soldiers usually come in groups and spend a good deal of time and money when they do. Usually they show up on the 1st and 15th, bartender Angie Barthlow says with a smile, referring to monthly paydays.

“When the soldiers come home, the single biggest beneficiaries are the area restaurants, groceries and auto dealerships,” says Chuck Henderson, president of the Kentucky New Era, the local daily newspaper. “But the biggest winners are the rental properties. Most of the soldiers are renters.”

Construction may be slow in Hopkinsville and Christian County, but there are new three new multi-family rental developments — and another planned.

And, of course, the newspaper does better, as well. The ad package in the Fort Campbell Courrier, a newspaper for and about the base, is up 25-30 percent since the soldiers returned, Henderson says.

How much of that is just the recovery slowly working its way through community and how much is the soldiers? That can be hard to measure, but surely both are playing a role. City revenues and payroll, Kemp says, are up more than 5 percent in recent months compared to the same period the previous year.

With most everyone home, Hopkinsville and Christian County also feel less focused on the military in 2012. The soldiers and base are very much a part of this community, but the yellow ribbons that were once omnipresent present in the city and county are noticeably far fewer in number.

The soldiers, themselves, always ready to respond to the call of duty are more subdued locals say.

Tanya Hatley, executive director of the Association of the U.S. Army at Fort Campbell, says that for many soldiers, there is simply relief at being home. “I can’t speak for all the soldiers, but its obviously a huge hardship,” she says. “There was more enthusiasm back in 2002. The soldiers who have been a few times are more subdued.”

That seems to be particularly true when it comes to how the soldiers feel about Afghanistan, where conditions are harder.

“Ideally everyone who like to stay [in Afghanistan] until the job is done, but there are only so many soldiers in the Army,” Hatley says. “It’s the same people going back again and again.”

The big question, in 2012 anyway, is what that attitude may mean for the presidential race. Some soldiers have been on as many as five deployments since 2002, and some recent polls have suggested that veterans in general seem weary with the prolonged war efforts, to the point where they may favor President Obama in the fall.

Here’s a breakdown of the veteran population across the country:

Instead, there is a feeling that this town is bouncing back and that it is finally, more-or-less, whole again — for now. Over the next few months, another 10,000 or so soldiers will deploy again to Afghanistan. And Hopkinsville, like other Military Bastions, will experience first-hand the impact of the wars overseas.