Over a year ago, General Motors told investors its stock was worthless and to stop trading it.

To say the company has experienced a turnaround is a bit of an understatement. After a month of speculation and a last-minute bump that sent the target price almost a third higher than originally considered, General Motors has opened its stock to the masses of hungry investors ready to snap up the shares. 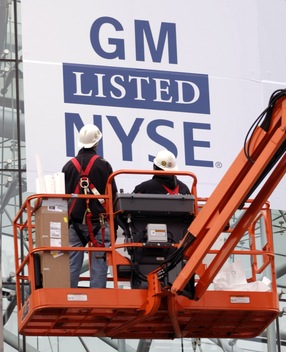 And buy they did. In a move that buoyed the markets Thursday morning, their stock opened at $35 a share. This followed investors buying 478 million shares at $33 each on Wednesday, confirming GM’s calculations that the market rate would be higher than the original $26 to $29 range.

“All of us at GM are excited about this historic milestone,” GM Vice Chairman and Chief Financial Officer Chris Liddell said in a statement. “With a new business model, centered around designing, building and selling the world’s best vehicles, we’re ready to compete and are confident about the company’s future.”

Continuing today under the stock ticker ‘GM’ that had been shelved when the company went bankrupt in mid-2009, analysts widely believe the sale will garner more than $18.1 billion in shares for the Detroit automaker.

GM’s IPO, or initial public offering, is making waves in several respects. First, it could possibly set the record as one of the largest IPOs ever, which shows incredibly strong investor confidence in the future of the company.

But perhaps more important is the transfer of ownership beginning to take place. Now the public will hold the majority stake in the company, replacing the role held by the U.S. Treasury, the United Auto Workers union, and the Canadian government. 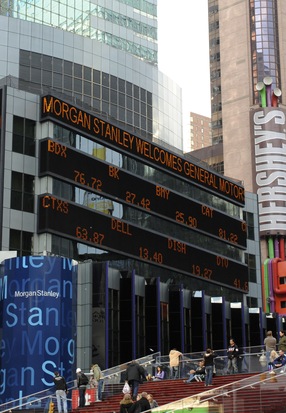 As part of the auto bailout of the financial crisis, the U.S. government spent $50 billion to help save the company. Now it’s selling 478 million shares of that stock, for almost $16 billion. The proceeds of the IPO will go towards paying that debt back.

“GM has thus far repaid or plans to repay $9.5 billion,” reports Jia Lynn Yang in Thursday’s Washington Post. “Thursday’s IPO would bring the balance owed to taxpayers to between $26 billion and $28 billion.”

If all shares are sold when the IPO is over, the government’s stake in the company is expected to fall from 61 percent to around 33 percent.

Other companies are getting involved in the offering, including the largest automaker in China. SAIC bought $500 million worth of shares and now owns just under 1 percent of GM

For taxpayers to break even on the bailout, the government would need to sell its remaining shares at $53 each. However, it and other current shareholders cannot sell again for another six months. And it’s up to the market if that $53 threshold will ever be reached.