We recently traveled to Janesville, Wisconsin, with Amy Goldstein, author of “Janesville: An American Story,” to look at what happens to a factory town after the factory is gone.

In 2008, General Motors idled its Janesville Assembly Plant, the oldest in the country and the area’s biggest employer. Janesville is also the hometown of Republican Speaker of the House Paul Ryan. The former manufacturing town and the surrounding area of Rock County are staunchly Democratic. But Wisconsin voted for Donald Trump in 2016 — the first time the state has chosen a Republican presidential candidate in 30 years. Economics correspondent Paul Solman asked Goldstein about the politics of the area and the role Ryan played in trying to resuscitate the economy in Janesville.

The following conversation has been edited for length and clarity

PAUL SOLMAN: Even though Paul Ryan is from here, and this is his congressional district?

In 2012, 62 percent of this county voted for Barack Obama. In this most recent election, just 52 percent voted for Hillary Clinton. It’s not so much that more people voted Republican, but that fewer Democrats turned out to vote by a pretty good number.

PAUL SOLMAN: Paul Ryan supported the bailout of General Motors even though he was a conservative.

AMY GOLDSTEIN: That’s right. I mean his voters, his constituents were the ones who were losing work. It would have been hard for him to vote against the auto bailout.

PAUL SOLMAN: He and Republican Gov. Scott Walker famously espoused an economic theory of austerity, of budget balancing, that would be counter to further support for people who lost their jobs, no?

AMY GOLDSTEIN: Well, when I’ve spoken with Paul Ryan, what he has said to me is that he really believes getting the deficit under control will create an economic environment that is good for job creation. He thinks that if you get the macroeconomics right, that’ll be helpful to people in his hometown. 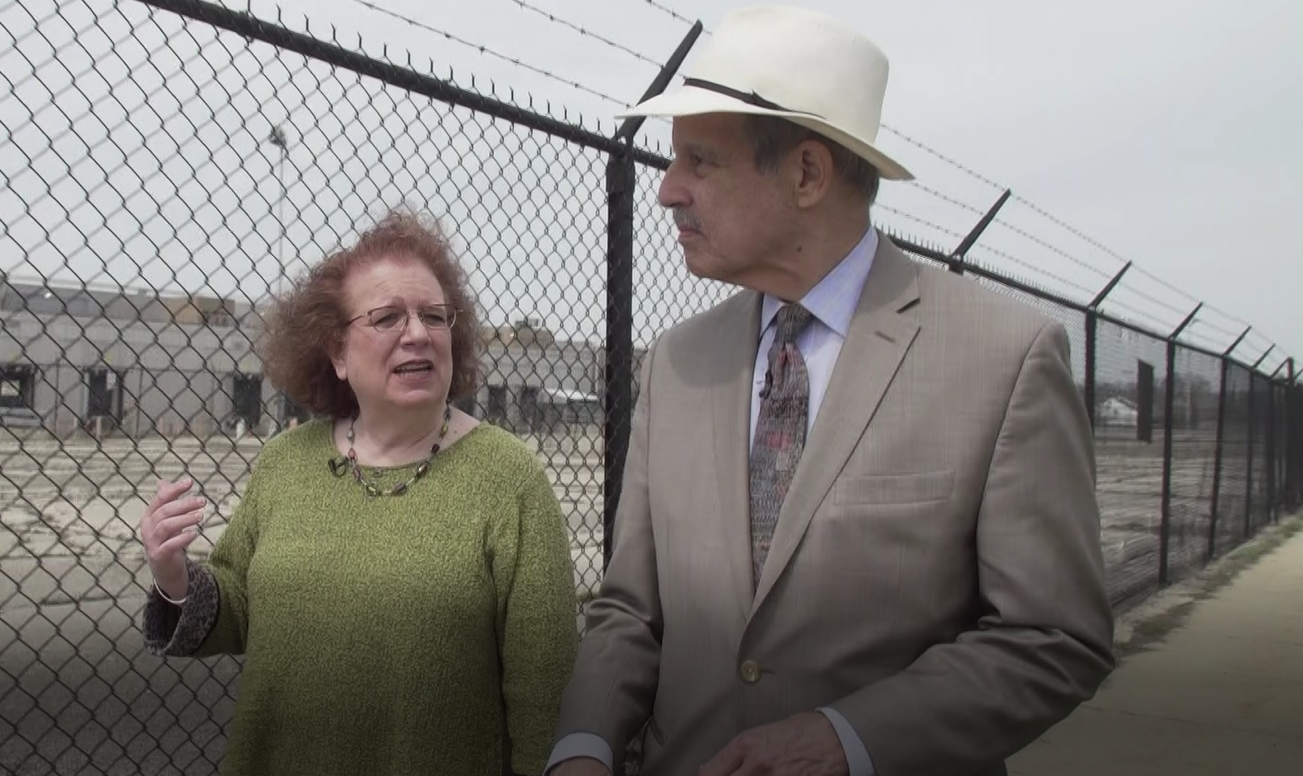 PAUL SOLMAN: The logic there is that people are afraid to invest, because the deficit is so large?

AMY GOLDSTEIN: Yeah, I think that’s close to his reasoning. It’s been interesting, because this is a United Automobile Workers town. There are more former union members here than there are active members here. The UAW Local, which was really a powerful influence for decades in this community, and heavily Democratic, has been decimated.

AMY GOLDSTEIN: He comes here for weekends. I mean, when he became a speaker it was one of the kind of articles of faith that he said, “I’m not going to give up my home life.” He’s raising three young kids, his wife’s here — he’s like, “I’m coming home.” He is in this community on weekends, and you can see him at the grocery store, you can see him buying hunting supplies in the fall. He is very much a presence here. He has friends from high school who lost jobs at the plant, he has parents of kids who he grew up with who lost jobs at the plant. He is very viscerally aware of what this community has been through.

PAUL SOLMAN: He deeply, then, and honestly believes that if we get the structural deficit fixed and America isn’t in so much debt anymore, then the revival that has taken place here in the past will take place in the future?

AMY GOLDSTEIN: I think that’s his theory. That there’ll be an environment that’s conducive to taking risks and creating jobs. This is not something that I think he wears on his sleeve, but Paul Ryan also has been quietly involved in the efforts locally to try to recruit businesses. I mean, he occasionally will hear from the county’s economic development manager saying, “We’re trying to get this company, it would be nice if you made a phone call, if you offered to take them to dinner.” So he’s been quietly part of that effort.

“It’s not that so much people are unemployed here anymore, but the question is: How good are the jobs that people have found, and are they sustaining the kind of lives that a lot of people here used to have?”

PAUL SOLMAN: Has it worked?

AMY GOLDSTEIN: Well, there have been more companies that have said no to coming here than have said yes. But that’s true for any community.

PAUL SOLMAN: Sure. Well, is there a revival going on?

AMY GOLDSTEIN: There are some jobs that have come back. They aren’t the kind of jobs that used to be here.

AMY GOLDSTEIN: That’s the distinction. I mean Dollar General, which is just coming into the community, had a job fair several months ago now, and I think 2,000 to 3,000 people turned out on a Saturday for a couple hundred jobs. There’s still a hunger that you can see here for at least better work.

PAUL SOLMAN: How much does Dollar General pay?

AMY GOLDSTEIN: It’s better than minimum wage. It’s not that so much people are unemployed here anymore, but the question is: How good are the jobs that people have found, and are they sustaining the kind of lives that a lot of people here used to have?

Watch the full report on Janesville below.

Left: U.S. Speaker of the House Paul Ryan (R-WI) gestures to the crowd during an "Election Night event" in Janesville, Wisconsin, on Nov. 8, 2016. Photo by Ben Brewer/Reuters