Is China’s one-child policy to blame for its economic slowdown?

In a landmark decision last month, China reversed its one-child policy and allowed married couples to have two children for the first time in 30 years. The move was spurred by the failure of previous attempts to stimulate childbirth and by the increasingly apparent slowdown in the Chinese economy. Yet the policy shift won’t help the current situation, which is driving the bursting of a credit-fueled investment bubble.

So why did China change its policy now? One of the supposed benefits of a centrally-planned economy is the ability to look further into the future, and when China’s leadership did, it didn’t like the outlook. You see, China’s one-child policy created a demographic wave that is beginning to crash on the economy.

Let’s remember that there are three primary sources of growth in any economy: labor, capital and productivity. Labor-driven growth originates from adding more workers to an economy. Capital-driven growth comes from deploying more equipment. And productivity-driven growth is the result of squeezing more output from existing labor and capital.

Labor in China is unlikely to be a meaningful source of growth for the economy for decades to come. Sometime in the next few years, those leaving the labor pool will exceed those entering it. By 2035, 20 percent of the population is expected to be over 65. Young people entering the workforce — who are almost invariably only children due to the one-child policy — are already complaining about the pressures of taking care of aging parents on their own and have been dubbed by the Chinese media “the loneliest generation.”

Estimates from the UN and the Population Reference Bureau suggest that the new policy will add 23.4 million extra people to the population by 2050 (Chinese officials are putting the number at 30 million).  Even so, the dependency ratio — the working age population to non-working age population — is on the rise and may soon emerge as an economic drag. 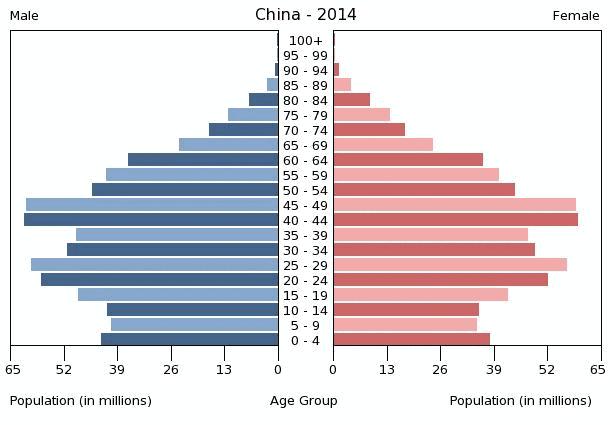 What about capital? China is weaning itself off of a debt-fueled investment binge that has misallocated capital and created significant excess capacity. Its housing boom has turned to a bust. Might the dearth of home buyers be partially attributable to the one-child policy?

Simple math suggests China needs to spend at least the same amount this year as last in order to not shrink.  But there are plenty of signs of excess in past allocations; investing more today to stimulate the economy — in the face of overcapacity — can lead to an even harder landing in the future.

Under new policy, will Chinese families choose a second child?

As for productivity, surely a factory worker is more productive than a farmer, and the ongoing urbanization can drive growth for many years to come, right? Not quite.

While China’s data indicates significant potential for migration-fueled growth, much of this urbanization has already happened. First, China defines a region as “urban” if it has a population density of 1,500 people per square kilometer, but by that definition, Houston — America’s fourth largest city — is rural! Second, the most likely age band to migrate is 16-24 year-olds, and that age band has shrunk by 25 percent between 2010 and 2015 — yet another impact of the one-child policy. Third, China’s hukou residency permit system classifies individuals according to where they are from, not where they currently live (and we’ve already had lots of migration). Thus, there are those working in actual cities that are deemed rural, or those working in factories, but listed as farmers, and there are fewer potential migrants.

My interpretation of these facts implies that China will continue to slow for the foreseeable future, even beyond the hiccups surrounding the transition from investment- to consumption-led growth. The world is underestimating Chinese urbanization, and there is a structural headwind that makes a low single-digit growth rate not just possible, but likely. This has massive implications for asset prices, interest rates, commodity markets and inflation rates.  It may take a village to raise a child, but one child can create global economic ripples.

Left: China has unwound its one-child policy, for decades a symbol of invasive and coercive government planning, but the shift has been met with a disinterested shrug from many younger couples. Photo by REUTERS/Kim Kyung-Hoon