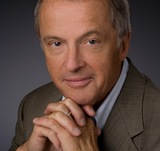 One more day’s worth of reaction to our Lincoln Electric story, which has generated so much comment on PBS’ Facebook page. It comes from Frank Koller, the Canadian journalist we interviewed, author of the book on Lincoln, “Spark.”

Frank read the heated exchange about Lincoln posted here Monday and had this response:

No easy answers here, are there?

In a better, nicer world, Lincoln would perhaps be an outlier for the admittedly rigorous standards it enforces every day and the — what shall we say? — no-frills workplace it runs. But we don’t live in that world. And it seems to me that the bottom line here is a sense of stability that endures – and in these times — i.e., the past century! — that’s a pretty fair bargain to strike, given what most workers have endured.

As professor Norm Berg mentions in his anecdote, no one is forced to work at Lincoln — everyone knows what the deal is from Day One.

And as his union colleagues say — which is exactly what AFL-CIO head Rich Trumka told me! — Lincoln essentially offers what unions have wanted all along.

While Lincoln, like any large employer of that size, self-insures for health and safety (i.e., doesn’t draw on state-funded insurance plans), the state does monitor nonetheless and there is no record of Lincoln being any worse on that count than most other employers in Ohio. In fact, it is generally better. So while the lunch thing may be a violation, well…

It’s this whole idea of “trusting” an employer OR trusting your employees that seems to make so many people nervous.

And that is an area that Trumka was concerned about. He told me that while he knows Lincoln works well — and has through many turnovers from CEO to CEO – he feels that these kinds of systems are far too dependent on enlightened managers and if the “next” guy doesn’t really believe in the concept, well, it goes down the toilet. That is EXACTLY what happened at Xilinx, the Fortune 500 firm I profiled in Chapter 7 of “Spark” and it broke the former CEO’s heart.

Trumka also said that he would much rather be working toward some sort of broader-based social compact in this area and he mentioned the “flexicurity” system (ugly made-up word which I hate) now in place in Denmark! So go there, and let me know when the show airs! (Another European environment which embraces this concept of stability and flexibility at the national (or regional) level is the Mondragon system of co-ops in Spain’s Basque region … a huge complex of employers of all kinds.