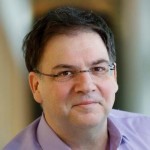 Column: Why mergers are booming

Editor’s Note: According to preliminary data from Thomson Reuters, $3.19 trillion in deals were announced so far in 2015. Mergers are booming in the U.S.

We asked Benjamin Gomes-Casseres, author of the new book, “Remix Strategy: The Three Laws of Business Combinations,” to explain the logic behind the trend. Gomes-Casseres is a professor at Brandeis International Business School, where he specializes in business partnerships. The following is an adapted excerpt from “Remix Strategy.”

Mergers, he says, are like cards. You’ll do anything you can for a good hand.

With the Great Recession (mostly) behind us, it is now time for the Great Remix. This merger mania is a remixing of the cards of business.

At any point in the game of business, every company holds certain cards. Some of these cards are aces, like the patent on a blockbuster drug or the copyright on an essential piece of software. Most of the cards are less lofty assets — factories, distribution outlets, brand names and teams of people with know-how.

The most important game rule is this: With the exception of those aces, what each card is worth to a player depends on the other cards that player holds. In poker, if you hold the five, six, seven and eight of spades, getting that nine of spades gives you a straight flush — not bad for a set of mundane cards!

So it is with multibillion dollar mergers. Office Depot’s assets are worth a modest amount to its investors — but to Staples they are worth much more. Why? Because Staples believes that by “remixing” these Office Depot assets with its own, it can lower costs, gain market share and get cash to invest in its online business. Their proposed merger is now being reviewed by the Federal Trade Commission to see whether it will help or hurt consumers.

Most mergers today are not about growth for the sake of growth. They are not about holding more cards in your hand but about assembling a more valuable collection of cards. The claim is usually that the combination will be more profitable than the separate businesses. The shorthand for this idea is 1+1=3.

In today’s fast-paced, interconnected business environment, this remixing of assets has become fundamental to competitive advantage. When done for the right reasons, these combinations bring in new ideas, provide access to new capabilities and markets and let companies leverage what they do best. That is why mergers are hot today.

And it’s not only mergers that are used to achieve these goals. An alliance between Apple and IBM. A joint venture of Novartis and GlaxoSmithKline. A partnership of Oxfam and Marks & Spencer. A consortium of General Electric and internet-of-things players Verizon, Intel and Cisco. Joint development by NASA and SpaceX. All these deals involve collaboration between firms, but they are short of A full merger. They all aim to create value by the 1+1=3 formula. It’s just the organizational tools that differ.

Business combinations such as these have long been recognized as a key factor in competition and innovation. The first to see this relationship was Joseph Schumpeter, the great political economist of the early 20th century. He described how the normal routine of a business could be upended by new combinations of the elements of the business. Entrepreneurs, he argued, are the ones who made these new combinations — combinations of existing and new manufacturing processes, of markets and new sources of supply, of new products and technologies and even of new corporate structures and strategies. These new combinations were at the heart of his theory of innovation.

Schumpeter’s observations still describe what is now happening all around us — but today, it is not only start-up entrepreneurs who are coming up with the new combinations. Executives in established companies are now driving this innovation process too. The last decade has seen a proliferation of strategies of this sort — strategies that combine assets and resources from inside and outside of a company. The details of these combinations vary: they may be temporary or permanent, be governed by a loose or an iron-clad contract, be exclusive or not and so on. But, fundamentally, they all seek to create value by combining resources and know-how from separate firms.

Because these strategies can rapidly transform a business, mergers and partnerships often spread like wildfire. Whenever key players in an industry begin to use business combinations for one reason or another, their rivals often are not far behind. This pattern happened in airlines, computers, pharmaceuticals, banking, media, communications and other industries.

Why? It’s not just management fashion — there is method to the madness.

The simplest explanation of these waves of business combinations is that firms are reacting to fundamental changes in their business environment. For example, the passage of the Affordable Care Act has created new incentives for hospital mergers, as well as consolidation in other medical products and services. In the Internet of Things, new technologies drive alliances in mobile computing and help vendors connect their devices so that we can track our energy usage or our health in real time.

Another reason for what seems like copy-cat behavior is in fact just that: Firms often follow each other’s strategic moves. Doing so might lower a firm’s chances of moving ahead or — more importantly — falling behind its rivals. So when one telecom company tied up with another, others often followed suit. Sometimes, firms don’t wait to copy others, because being first may well be the key to success. By tying up good partners early, these firms also hope to block rivals from joining the dance.

Why should you care about these deals? Of course, you want to know where to shop for ink cartridges, and you want the new mega hospitals and airlines to serve you better, cheaper and faster. Whether the new combined enterprises can do so depends on whether they can make that 1+1=3 actually come true.

That ultimate outcome depends on another funny math formula: 1+1=1. By this I mean that the combined entity, partnership or alliance really needs to be managed as if it were one. It might need to present one face to the customer and have a well-coordinated operation behind the scenes. In other words, it must pay careful attention to playing its full hand of cards.

Some will fail at this game — almost half of mergers and partnerships don’t reach their goals. However, those that succeed can transform our world. Think of Disney’s entry into computer animation. Before Disney worked with Pixar on “Toy Story,” it had failed to understand how to make this new technology work. The companies worked together as partners for years before Disney acquired Pixar for $7.4 billion. In the process, Disney/Pixar produced a string of blockbuster movies that delight viewers worldwide. Similar stories lie behind other successful combinations, from new medicines to the smartphone technologies that keep us connected today.

So when a new merger is announced, its impact on our world is not yet in the cards. That outcome lies in how the new owners remix their cards and play their new hand.

Left: Anheuser-Busch InBev NV said it intends to make an offer for SABMiller Plc to unite the world's two biggest beermakers with brands including Budweiser and Peroni. It would create a company that would control about half the industry's profit. Photo by Daniel Acker/Bloomberg via Getty Images