Stephen Roach of Morgan Stanley and now Yale, and author of the book “The Next Asia,” has long been among the most astute and independent of economic forecasters. He has also spent much of the past decade in the Far East and lately China — whose economic progress has seemed to him inexorable.

Roach’s latest report, “Ten Reasons Why China is Different,” begins: “The China doubters are back in force. They seem to come in waves – every few years, or so.”

Roach is referring to the likes of short-selling investor Jim Chanos, the man who blew the whistle on Enron and has been saying, for a year now, that China is the next Enron. Wrong, says Roach. 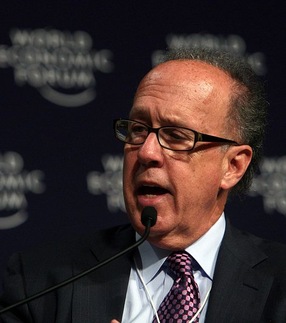 “Year in and year out, China has defied the naysayers and stayed the course, perpetuating the most spectacular development miracle of modern times. That seems likely to continue.” Roach goes on to itemize the whys and wherefores:

1. STRATEGY: Specifically, the latest “5-year plan” that shifts “from the highly successful producer model of the past 30 years to a flourishing consumer society.”

2. COMMITMENT: Chinese leadership emphasizes stability, and does so with a vengeance.

3. WHEREWITHAL TO DELIVER: “More than 30 years of reform have unlocked its economic dynamism…and many more reforms are coming.”

4. SAVING: A rate of “50% funded the investment imperatives of economic development….China now stands ready to absorb some of that surplus saving to promote a shift toward internal demand.”

7. LOW-HANGING FRUIT: SERVICES: The Chinese service sector is just waiting to be developed.

8. FOREIGN DIRECT INVESTMENT: Continues, and shows no sign of letting up.

9. EDUCATION: China is catching up to the rest of the word – fast.

Given this daunting list of positives, we turned to our most trusted China commentator, MIT’s Yasheng Huang, for some perspective. Long an even-handed critic of China, here’s what Professor Huang sent us:

“As you know very well it is extremely difficult to predict a turn in economic growth, especially if the turn is sharp and sudden. So I honestly do not know which way the Chinese economy will go in the next three years, although I am less confident than Roach is. 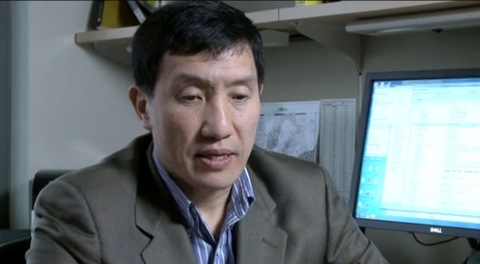 Paul interviewed Yasheng Huang for a report in January, 2011.

Roach is, in the end, aspirational rather than analytical in his piece, very much like the 12th FYP [five-year plan] that he touts so much. [See the very first point Roach makes, emphasizing the switch from exports to domestic consumption, a theme that dominates Roach’s “ten” points.] The problem with his reading of the Five-Year Plan is that almost all the previous versions were underachieved when it comes to social and environmental performance (but overachieved in terms of GDP and production metrics). This version stipulates more of those goals [social and environmental — i.e., domestic consumption], and it is not clear why it would have a greater chance of success than the previous versions, which had fewer.

His point about low consumption and low service sectors as “low hanging fruit” is very strange. If they are low hanging fruit, why is it that no one picks them? In fact the exact opposite is true: in an economy where government controls the majority of the resources, investment is the low-hanging fruit and this is why it is being picked constantly. To get the consumption and service to go up you have to change and reform the economic and even political systems. We know that reforming the system is the highest hanging fruit, ever.

The things I heard at the ground level are getting worrisome–SMEs [Small- and Medium-sized Enterprises] failing to pay their debt and entrepreneurs packing things up and disappearing all of sudden. There are more of these stories, especially in the normally dynamic part of the Chinese economy–the province of Zhejiang. A little known fact is that the Chinese economy was already beginning to soften in the first part of 2008 and I heard similar stories then. The stimulus program was to cope with both the contractionary effect of the U.S. financial crisis as well as of China’s own internal weaknesses. Now it seems that the program has run its course and it is not clear what is going to replace it.”