3 charts that explain the rise in U.S. household income

The increase is due largely to part-time workers becoming full-time. When solely looking at full-time workers’ average earnings, they actually dropped 1.1 percent.

Other income gaps, including those between white workers and minorities, as well as between men and women, remained largely unchanged.

Here are three charts that explain median incomes in the U.S.:

A cursory look at the charts would seem to indicate that median household income for all racial groups in 2017 was the highest on record. But the Census Bureau notes it changed how it calculated the data starting in 2013.

When those changes are taken into consideration, the income across all racial groups is not significantly higher than it was in 2007. 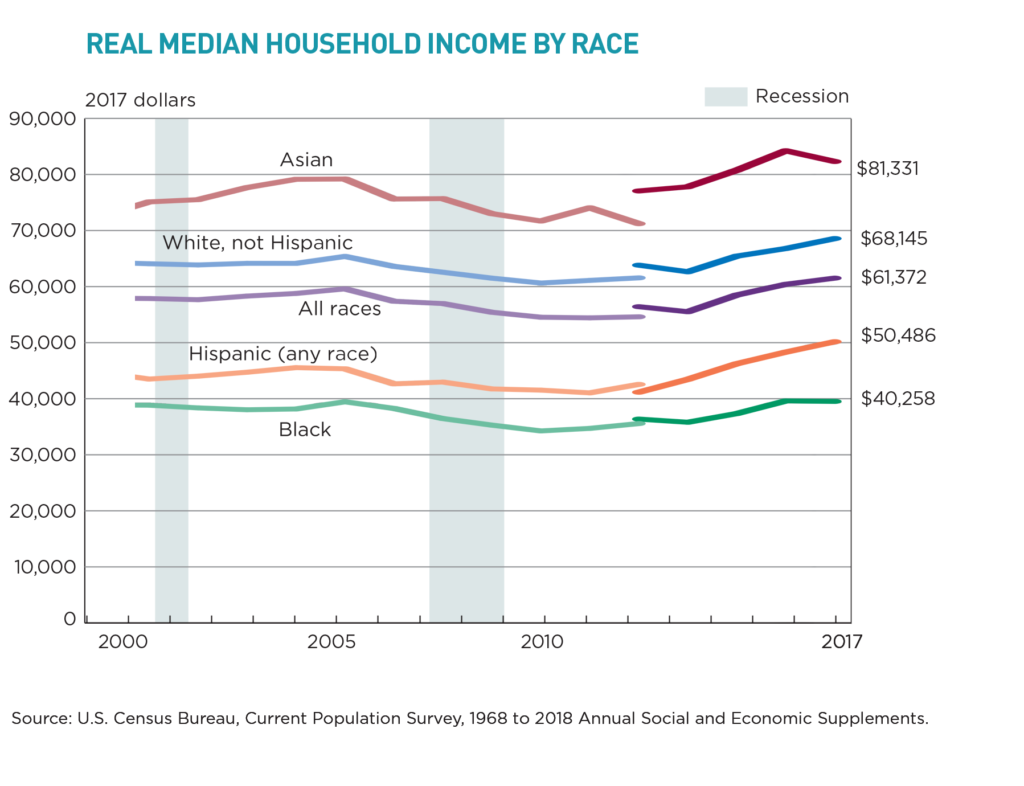 Still, income rates over the past few years have steadily increased for most American households as more people have gained full-time employment since the end of the Great Recession.

The exceptions to the trend are Asian and black households.

“That doesn’t bode well for our economy,” said Valerie Wilson, the director of the left-leaning Economic Policy Institute’s Program on Race, Ethnicity and the Economy. “We are a multiracial, diverse society so when there are groups that are historically and persistently lagging behind others. That means that we have a weaker society.”

The poverty rate fell 0.04 percent in 2017, to 12.3 percent. That puts it slightly lower than the 2007 poverty rate, just before the recession started.

The African-American poverty rate saw the biggest decline, at 0.8 percent, although it remains the highest of any racial group at 21.2 percent. 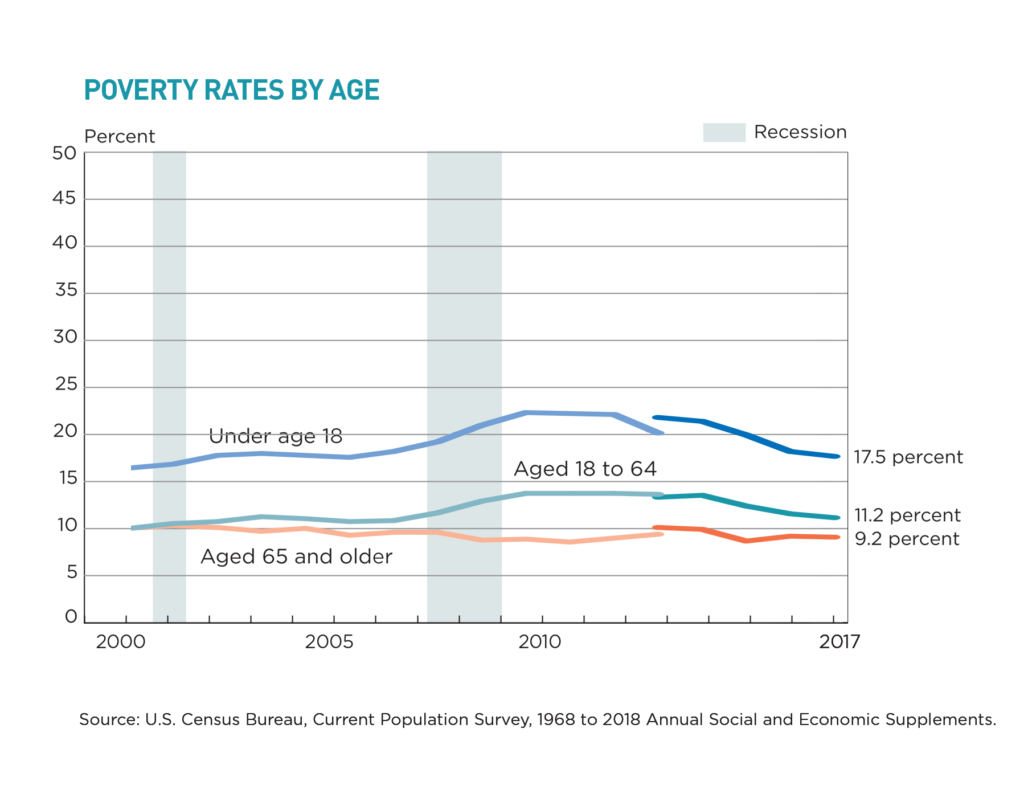 The White House has said it is optimistic that more people will be drawn out of poverty in the coming months.

Economists have expected wages to rise as the labor market tightens and employers compete to attract workers.

The poverty rate may have declined for some groups and the Census Bureau said economic inequality remained steady in 2017, but household income for the top earners is increasing faster than those in the bottom and middle of the income spectrum.

Those in the 80th to 95th percentiles saw their incomes rise between 2.6 percent and 3 percent, according to Census data. That is higher than the increase for the median household income of 1.8 percent.

Last year, women made 80.5 percent of the money their male counterparts earned. The rate remained unchanged since 2016. 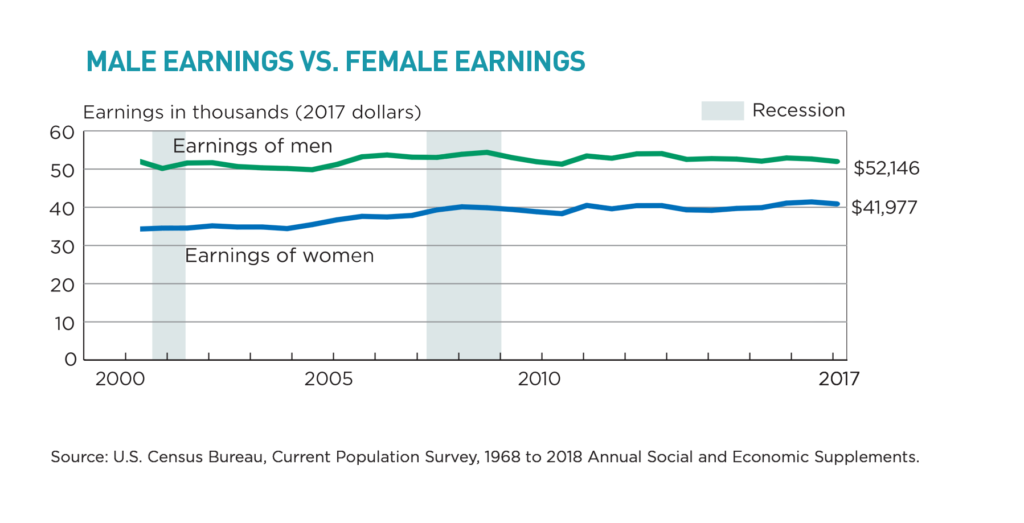 Men’s earnings tend to be more tightly tied to broader labor market trends, which could be one reason the gap remained the same year-over-year, said Francine Blau, a professor at Cornell University who has studied the gender gap.

“It’s harder for women to close the gap, because it’s a moving target if the men are doing well,” she said.

Still, focusing on the longer-term trend shows some progress has been made. In 2000, for example, women made 73.7 percent of men’s earnings.

Left: A customer counts his cash at the checkout lane of a Walmart store in the Porter Ranch section of Los Angeles. REUTERS/Kevork Djansezian

‘Plague of inequality’ haunts U.S. 50 years after a landmark study on racial division