AI and robots are displacing science and tech workers. The question is: How quickly?

Editor’s note: David Deming is a professor of public policy, education and economics at the Harvard Kennedy School. This analysis is being published here in collaboration with EconoFact, a nonpartisan economic publication.

Automation has displaced workers in many occupations, from manufacturing to routine office jobs. New research finds that employment growth in high-paying jobs has slowed since the year 2000, and that this has been particularly true for jobs in science, technology, engineering and mathematics (STEM). One possible explanation is that rapid advances in artificial intelligence and robotics are making it possible for a wider range of technically demanding jobs to get automated. 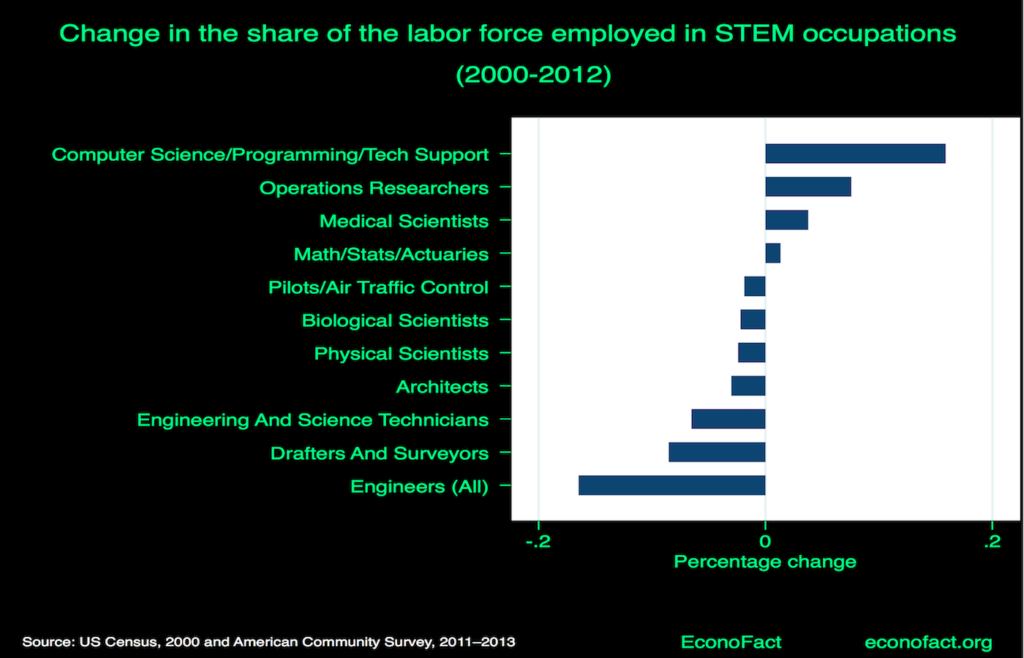 Over the last three decades, jobs that combine both social and math-intensive skills have seen strong wage growth. They have also grown as a share of all U.S. jobs. In contrast, many STEM occupations that require high math skill but very little social skills have fared poorly. There is growing demand for workers who are flexible and adaptable and who are skilled at working in team-based settings. All of these skills are still difficult to automate.

David Deming is a professor of public policy, eduction and economics at the Harvard Kennedy School.