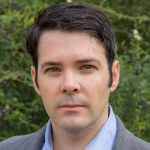 Editor’s note: Jonathan Meer is a professor at Texas A&M University, and an expert on charitable giving. This analysis is being published here in collaboration with EconoFact, a nonpartisan economic publication.

Tax policy is extremely complex and any changes involve numerous factors that will affect individuals’ giving patterns and government revenues; overall estimates differ dramatically depending on the specifics of the proposal. As a general rule, though, reductions in tax incentives will reduce donations. Completely eliminating the tax exclusion for charity would reduce charitable giving substantially.

Tax revenues would increase, borne mostly by higher-income households, making the tax code more progressive. While high-income households give to all causes, they provide the majority of donations to organizations supporting health, education, and the arts. On the other hand, expanding the deduction to all households would likely increase giving somewhat, though it would primarily be a windfall to households that already make donations. Lower-income households face lower marginal tax rates and thus would not be as responsive to the deduction.

Jonathan Meer’s research focuses on charitable giving and the economics of education. His recent work examines whether fundraising creates new giving, how Teach for America teachers impact college-going among low-income students and how the interaction between teacher and student gender affects student performance. He is a professor at Texas A&M's Private Enterprise Research Center and a research associate at the National Bureau of Economic Research.